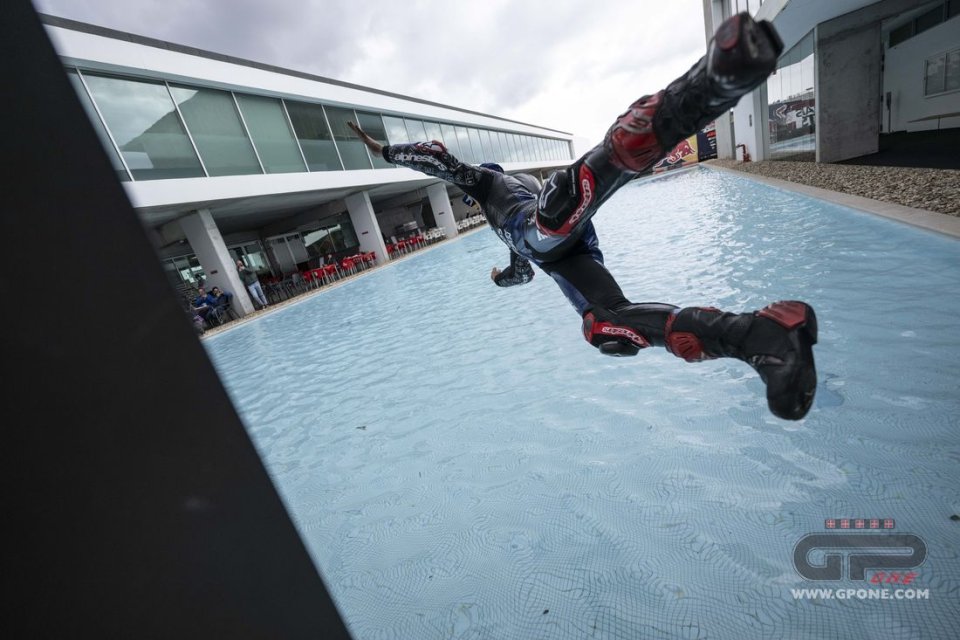 At Portimao they went up and down, by motorbike, in the championship, from earth to sky and vice versa. Quartararo ran away, won, dived into the pool, dance, sang, drank an aperitif and waited for the others at the finish line. The European air was good for Fabio, but it wasn't like that for everyone.

In the festival of wasted opportunities, Bastianini beat Bagnaia slightly, while Rins pulled himself out by the skin of his teeth. Honda disappointed, but Race Direction did worse in Moto2.

THE GOOD - Quartararo when everything runs the way it did at Portimao: fast and flawless. An exercise in style so clean and natural that allowed only the stopwatch to demonstrate his superiority. Fabio was waiting for Europe to put his cards on the track, he produced a royal flush that made the other riders at the table tremble.

THE BAD - “Listen. Rain falls from sparse clouds” warned Gabriele D'Annunzio in his poem, but they are all deaf as well as blind in Race Direction. Letting riders race on slick tires on wet asphalt is utter madness by the people in charge. Who once again failed to do their job and ran the risk of seeing half the grid in hospital by restarting a race that turned into a farce. More of the same, but a little too much this time.

THE UGLY - So much pain and so little joy. On the hand for Bastianini, on the shoulder for Bagnaia. Both crashed in qualifying. Enea repeated the feat in the race, Pecco instead preferred a comeback that was a ray of light in the night. Neither of them, however, can be happy.

THE DISAPPOINTMENT - Marc and Alex Marquez, accompanied by Pol Espargarò, in their slipstream, fighting for a 6th place that was worth something only in the Honda single-make championship. On the edge of the empire, like any motorcycle, at the limit but only for them. This time we can excuse the riders, the defeat is the fault of the engineers. 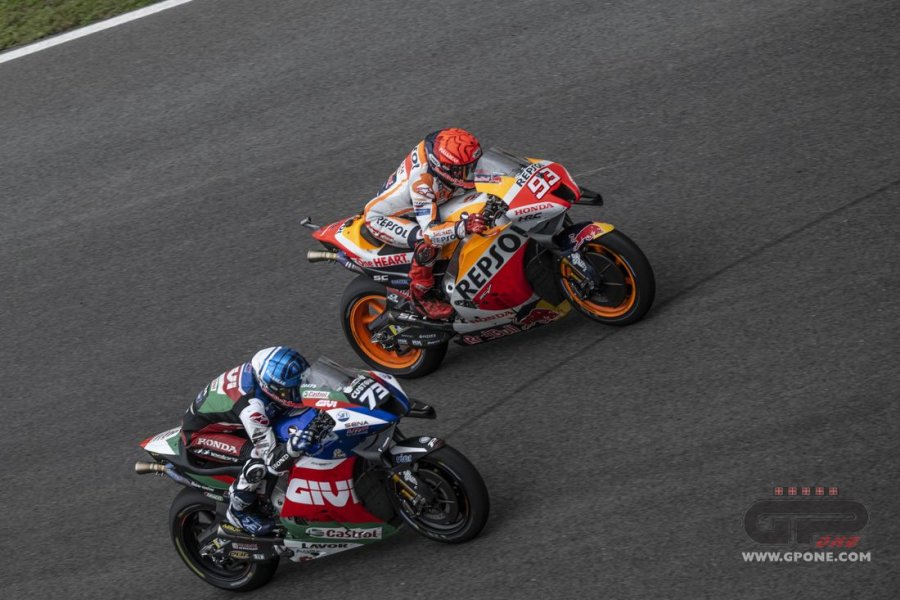 THE CONFIRMATION - There is a saying that champions must also be lucky, a quality that Celestino Vietti did not lack in Portimao. Having survived the multi-rider incident, he left the round victory to Roberts thinking of far more important goals. From this point of view, his second place, seen by all the men in the standings in the pits, weighs heavily.

THE MISTAKE - In terms of quantity, Sergio Garcia's three crashes in the 15 minutes of qualifying, a hard-to-beat record. For quality (if you want to call it that) the one by Miller that involved Mir. They were just the tip of the iceberg, however.

THE SURPRISE - From Malibu to Portimao, going through 76 races without much in the way of satisfaction. For Joe Roberts the 77th attempt was the good one. He had nothing to lose and he won, in the hope that it doesn't take him as long to repeat the exploit.

THE PASS - The video is below. Alex Rins started 22nd and… we are lost for words, the images come to our aid.

THE CURIOSITY - Remember John Kocinski? He won his last race in 250cc in 1990 in Australia. Until last Sunday he was the last American rider to do it in the intermediate class.

I TOLD YOU SO - "I'm betting on Joan Mir for the win". Valentino Rossi on the grid as a spectator had sworn by it, too bad that Quartararo and Miller were nearby and decided to play a joke on him