After the double win in Austin on the Panigale V4R, the MotoAmerica specialists were eagerly waiting for Danilo Petrucci at Road Atlanta, not only a track the rider from Terni isn’t familiar with but also one of the most “American” tracks in the Championship, with frequent bumps, walls and, as Danilo, pointed out "at least five different types of asphalt.".

Second in qualifying, Petrucci didn't let himself be taken by surprise and, right from the start, he stuck to Jack Gagne's Yamaha. The US champion, with 17 victories in 2021, took advantage of the mixed stretch, but Petrucci recuperated, braking downhill until, at his sixth pass, Gagne made a mistake and ended up off track.

With Gagne out of the game, Petrux continued to keep a stubborn Scholtz at bay. It was a great day for Ducati since, in the Supersport, Josh Herrin reached the podium with Eraldo Ferracci, who gave Danilo a piece of advice: “You shouldn’t want to win with a gap. Be satisfied with a little, otherwise your opponents will become more aggressive."

Tomorrow, at 9:10 pm Italian time, Petrucci will try for a win in Race2, in streaming on MotoAmerica Live+. It's worth the watch. 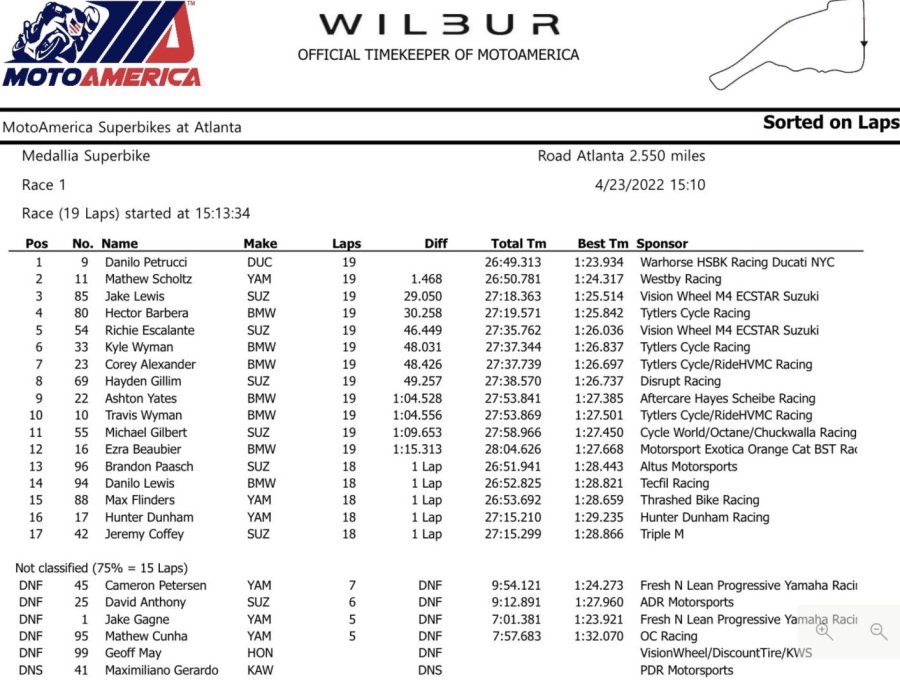 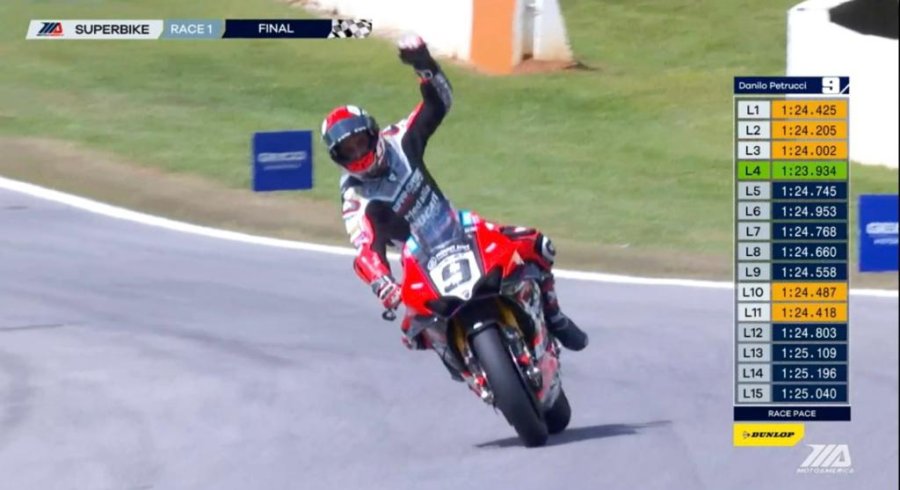