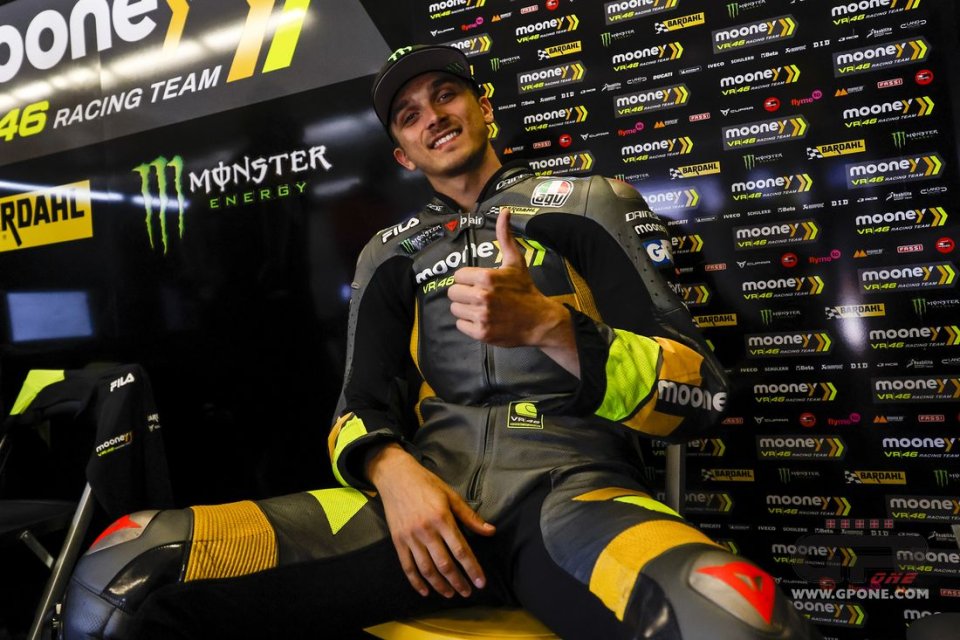 Luca Marini arrived in Portimão with a smile, convinced that it may be the right weekend to leave behind the first races of the season. If the VR46 rider showed a certain competitiveness in his times on the flying lap, there was always one problem or another that conditioned him on Sunday. With his arrival in Europe, this is something they have to work on.

"I’m very happy to return to Europe. I like the mood in the paddock. There are many things to do. I feel comfortable. I also like Portimão  a lot. The Ducati is  fast, and I was also fast last year. I’m psyched, and I’d like to be able to be fast, especially in the race," he said.

What are you still missing?
"There isn’t anything in particular. It’s  a set of small details, and we’re working to fix them. The team is new, the team I work with is new. At the beginning of the year, we certainly struggled a bit, but the race is that moment when you collect as much information possible, you understand many things, both as a rider and as a team. We need a few races, but I think we can start staying ahead in Europe.”

Is it more about fixing something on the bike or improving yourself as a rider?
"It’s a job in general. On the bike, we have to improve managing electronics and tires. Every GP this year has had its peculiarities. We’ve had weaknesses in each that haven’t allowed us to be up to the task. It's time to put it all together.”

Bastianini is getting great results with the last year’s Ducati last. Do you regret having wanted the official Desmosedici?
"When the team made this decision, they couldn't know how these first races would go. In my opinion, it was the right choice, and I couldn't ask for anything better either. Now, analyzing the data and results, perhaps it would have been simpler with the GP21. But I don't think that's the only thing that makes a difference, even though it certainly would’ve helped me. In the tests, I was in a lot of trouble, and the team and I didn’t get to know each other well. We’re just a bit late. It’s my second year in the MotoGP. We’re not in a rush to win, but I’m convinced that if we continue working in this direction, we’ll also get results."