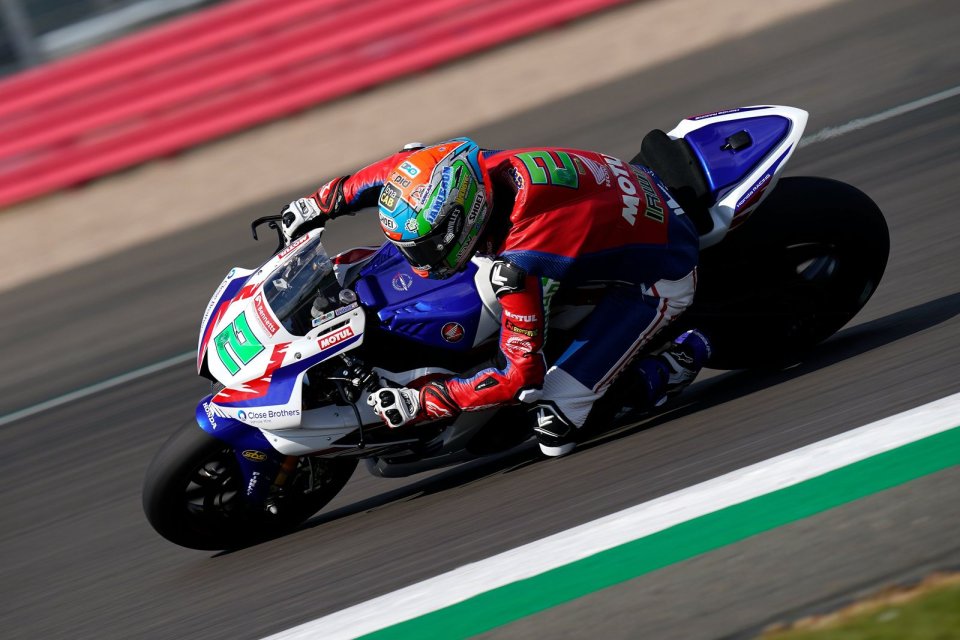 Despite a promising debut in the top domestic Superbike championship in 2020, subsequently the CBR 1000 RR-R experienced an up and down period. Technically refined by Honda Racing UK during the extended winter break, the Fireblade literally monopolized the start of the British Superbike season on the short Silverstone 'National' layout. Starting from pole position, Race 1 turned into an authentic solo by Glenn Irwin (spearhead rider of the project of the Golden Wing manufacturer in BSB), at the end of an engaging battle with the aggressive duo of Kyle Ryde and Bradley Ray.

Triumph for Irwin and Honda

Maintaining hold of the holeshot when the lights went out, Glenn Irwin actually kept the lead for the entire 24 laps of the race, up to the chequered flag; even though he had to contend with the OMG Racing pair, in great shape for the whole weekend and absolutely regenerated by the team’s recent move to Yamaha. Despite attacks on several occasions from Bradley Ray first and Kyle Ryde (Jonathan Rea's protégé), the man from Carrickfergus did not make the slightest mistake, crossing the line with a few tenths advantage over his pursuers for the fifth victory in his career, number 93 for Honda Racing UK.

While Ryde had to settle for second place (in Race 2 he will start from pole by virtue of the fastest lap in 53.171s, a new track record) and a regenerated Ray in third, today's race confirmed the progress made by the youngster Rory Skinner. In his second season in BSB, the 20-year-old of FS-3 Racing finished just off the podium in front of an anonymous Jason O'Halloran and Andrew Irwin, salvaging the day for Kawasaki: 2018 champion Leon Haslam in fact had to retire early due to an engine problem while he was fighting for the top-5.

It was a decidedly uphill return to the homeland for “Pocket Rocket”, and the same could be said for Tom Sykes. The 2013 Superbike World Champion did not go any better than 12th place, 13 seconds behind the winner. It’s too early, however, to draw conclusions considering that the Panigale V4-R has always struggled to digest Silverstone's short layout, as demonstrated by the colourless performance of Tommy Bridewell, seventh and best of the Ducati riders. Sykes can at least console himself (so to speak) for being able to keep his teammate and 2015-2020 Champion Josh Brookes behind him. Both will be able to make amends tomorrow with the remaining two races of the first round of the season. 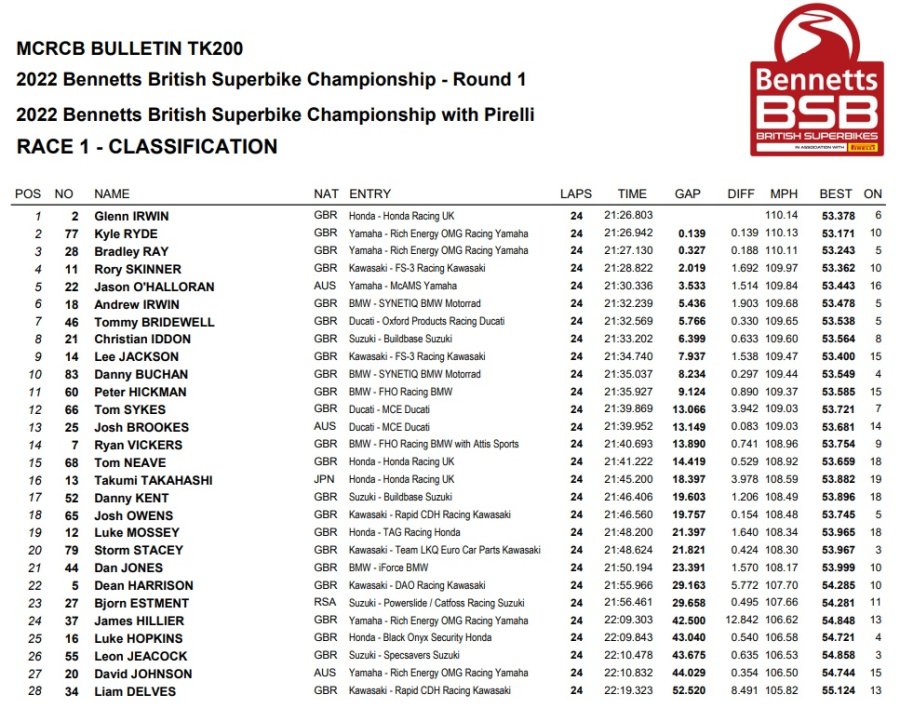