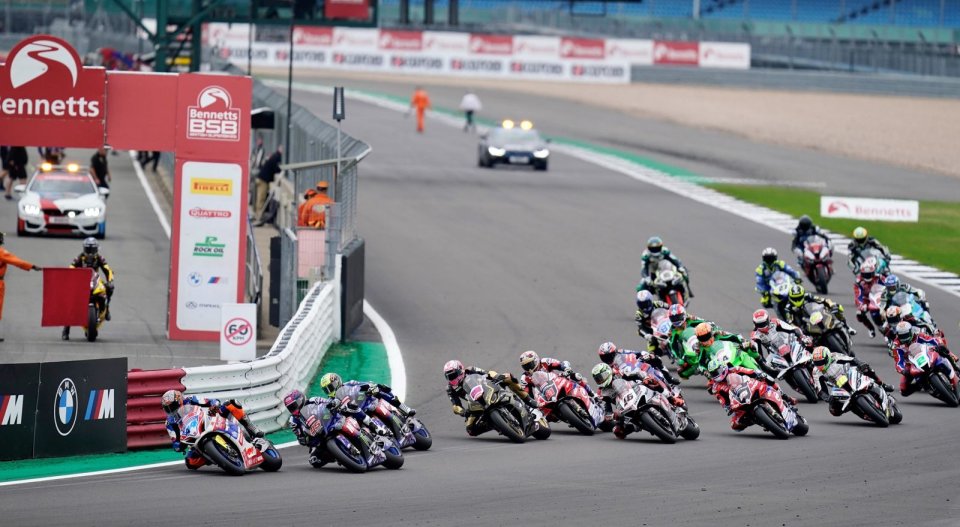 British Superbike starts its engines again! After an extended winter break, with Easter weekend just ahead, the first of the eleven rounds scheduled for the national Superbike championship calendar par excellence will be held on the Silverstone 'National' circuit. It’s a season that will see a confirmation of the race format, as well as the participation of the main manufacturers and as many as 33 international starters. Entertainment is guaranteed by technical regulations capable of equating performance thanks to the adoption since 2012 of the single MoTec control unit without electronic aids. For the moment however, the championship is without its star rider Tarran Mackenzie as the 2021 champion is forced to miss the opening round after a crash in the last pre-season tests.

Already not physically at his best due to a fracture at the base of the tibia and dislocation of the shoulder sustained in an accident in Cartagena in January, last week Tarran Mackenzie had a high-speed crash at the end of the first of two days of BSB testing, also at Silverstone. With a fractured left ankle, Tarran was promptly operated on at Nottingham hospital. It’s a setback that this weekend will prevent him from defending the number # 1 plate, but above all from making his debut in the World Championship as a wild card at Assen. The hope is therefore to see him again for the second round of the BSB, scheduled for 1-2 May at Oulton Park.

The BSB starting grid is still competitive and fierce however. With the absence of his team-mate, Jason O’Halloran will first have the task of keeping the McAMS Yamaha flag flying, while on a personal level he has clear intentions of renewing his ambition of winning the title. The Australian has shown that he has quickly forgotten the disappointing end of 2021, even if in the pre-season tests the 2021 runner-up Tommy Bridewell (MotoRapido Ducati) and a new breed of talented British youngsters such as Rory Skinner (FS-3 Racing Kawasaki) and a regenerated Bradley Ray (OMG Racing Yamaha) were also on the pace.

In addition to the 2015-2020 Champion Josh Brookes (MCE Ducati), among the many reasons of interest for the 2022 season there can only be the return home of the 2013 Superbike World Champion Tom Sykes (MCE Ducati) and the 2018 BSB Champion Leon Haslam (VisionTrack Lee Hardy Racing Kawasaki). Both will have to face off against additional potentially winning riders such as Kyle Ryde (OMG Racing), Lee Jackson (FS-3 Racing), Danny Buchan (SYNETIQ BMW Motorrad) and Peter Hickman (FHO Racing BMW). Without forgetting Buildbase Suzuki, historically very competitive on the Silverstone short, with the pairing made up of Danny Kent and new signing Christian Iddon. Finally, Honda Racing UK is expected to be protagonists as well, spearheaded by Glenn Irwin, who was not in great shape in testing, with alongside Tom Neave and HRC protégés Takumi Takahashi and Ryo Mizuno.

Three years after the last time, the short Silverstone layout will host the opening BSB round. Nevertheless, compared to 2019, in recent times the promoter MSVR has worked considerably on the sporting-organizational aspects of the championship. Again in 2021, riders and teams will face 3 heats for each race weekend, qualifying divided into Q1 + Q2 based on the combined classification of free practice and Showdown of the final 3 events of the season reserved for the best 8 riders. Tomorrow, therefore, space for FP1 and FP2, with Race 1 held on Saturday afternoon and the day after, Easter Sunday, the remaining two. 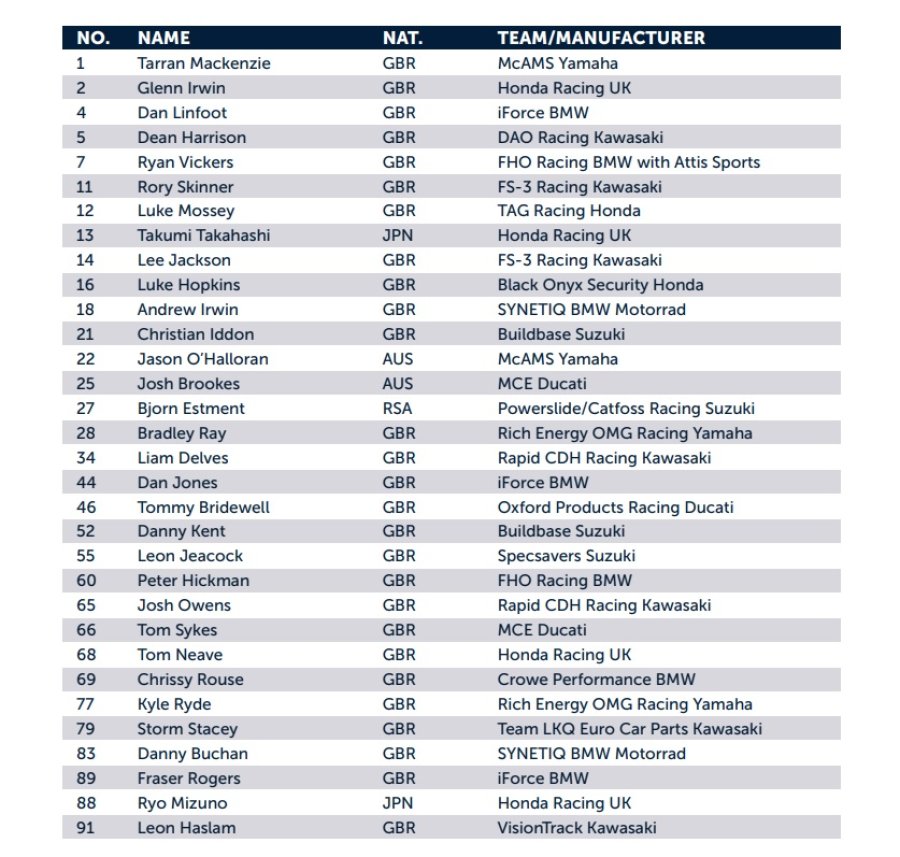