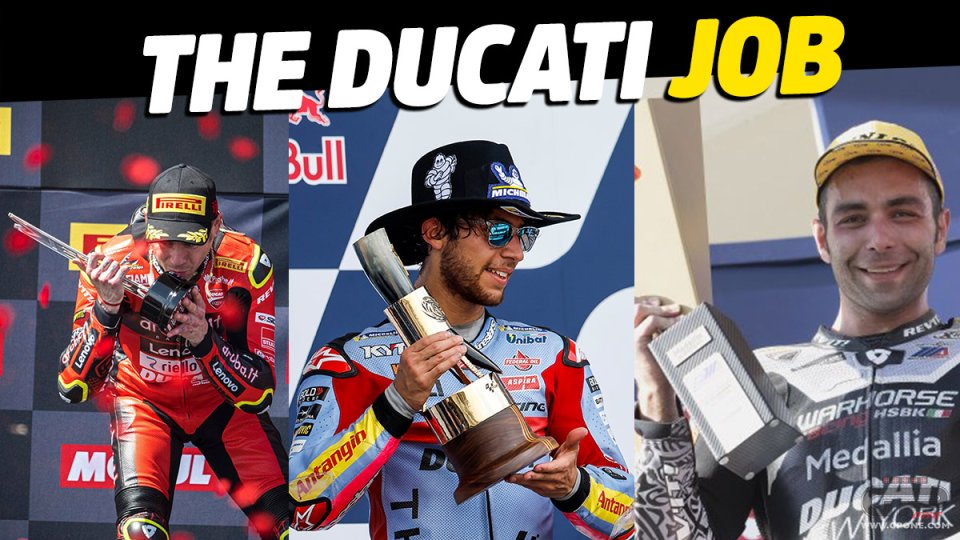 2022 really looks like the year of Ducati and this time the Reds are aiming to take home the riders' title in all the disciplines in which it is involved. As a wise man said to Gigi Dall’Igna at the end of 2021 (triggering the laughter of Veneto engineer): "Yes, you won the Constructors’ title and Teams’  title in MotoGP, but basically you didn’t win a fecking thing!". That might have been a tough thing to say at a lunch organized by Ducati, but it was so authentic as to be repeated by Gigi to all the guests of the aforementioned lunch.

It certainly wasn't this sentence that made Ducati take an incredible leap forward in every single championship in which it is involved, but rather a well-thought-out strategy regarding the management of bikes and riders. In MotoGP, the policy aimed at young riders is proving to be increasingly successful and both Enea Bastianini and Jorge Martìn are confirming themselves to be authentic phenomena on the Desmosedici, regardless of whether it is a GP21 or a GP22. In SBK, the decision to rehire Alvaro Bautista is proving to be just as successful, with the Spaniard who already seems to have rediscovered the magic that in 2019 made him a steamroller riding a Panigale V4 which at the time was perhaps not fully developed, while today it seems a deadly weapon.

Then there was the double triumph in Austin in MotoAmerica with Danilo Petrucci who, after his adventure at the Dakar, proved that he still has a lot to offer a lot on the track and who fuelled Ducati's stars and stripes dreams by winning big on his debut in a not easy category. It was a bit of an embarrassing full house, at least for his rivals and above all for Honda which on the other hand seems to be limping along everywhere. We only wrote it a few weeks ago, now Ducati is no longer the small manufacturer against the big ones, but a real giant for its rivals. And an Aprilia that is increasingly faster and more competitive in MotoGP, does nothing but fill Italian fans with pride who, despite no longer having Valentino Rossi to cheer on, can continue to dream big time.

You can tell if it’s going to be a nice day from the morning, of course. But building a splendid day will not be easy in any case for Ducati, which after this initial momentum must not lose a shred of its concentration and which in particular in MotoGP must find the Bagnaia we saw at the end of 2021 in order to really dream of reaching the end of 2022 and denying the above mentioned wise man. Basically, Gigi, at the next Christmas lunch try and prove Scalera wrong...