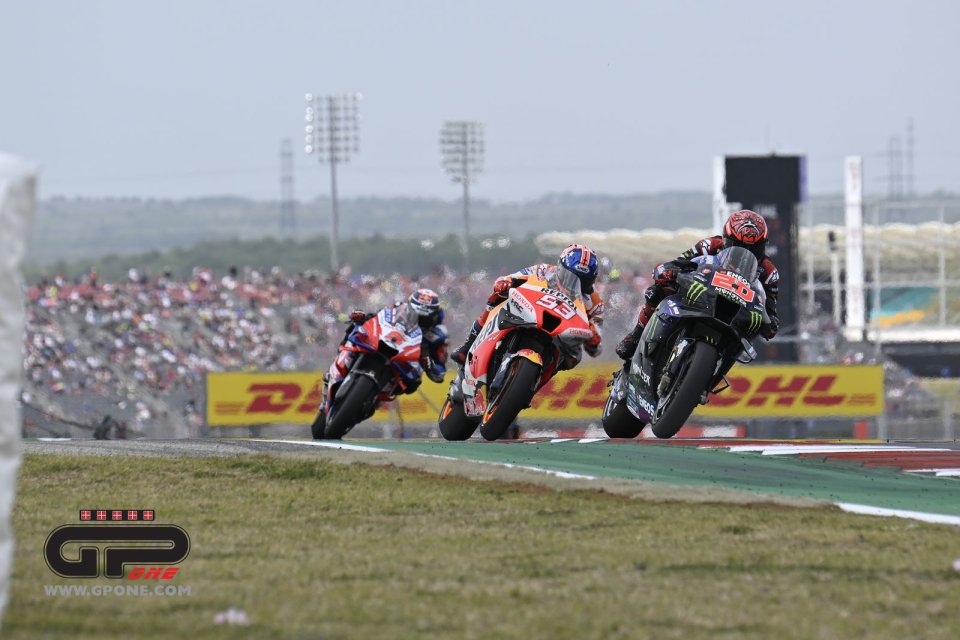 He fought without giving up. Fabio Quartararo was well determined to count his chickens before they hatched for this World Championship but, on the long straight in Austin, his Yamaha couldn’t keep up against the faster Ducatis. He finished 7th, after a good duel with Marc Marquez, who started last after an electronics problem on his Honda.

"At the beginning of the race, I had the same problem like in Argentina,”  Fabio explained. “I didn't have much grip, but I defended myself well. I had a good race, I had fun, especially in the duel with Marquez. Even if we’re struggling a lot, the final position isn’t bad. We learned more from this race than from the races I won. The day we get more power, we can try for the win. We fought for a 6th place, we should be able to fight for the victory. Of course it's frustrating to start in a race that you know you can't win."

The Grand Prix had some difficult moments, but the duel was a clean one.

"Marc will be a contender for the title,” the French champion confirmed. “We’ll have other battles with him, but for the title. You always learn from an eight-time champion. To be honest, on these tracks, we can’t fight to win, but when we return to the European circuits, I think we’ll be able to do better."

The Portuguese GP is next  on the calendar.

"Portimão is a good circuit for us, not the best. If I can remain among the first, it’ll be fifty-fifty, while Jerez will be a good track for a battle."