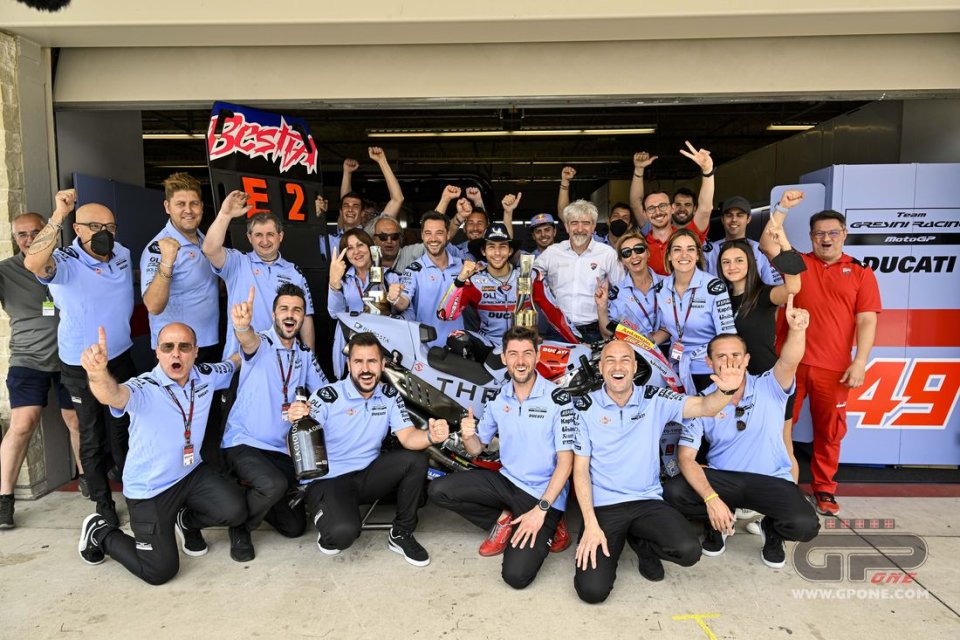 Lone knight, sheriff, Austin's fastest gunslinger, all the western junk isn't enough to describe Bastianini. For one Sunday he replaced ‘piadina’ with a hamburger, but cooked in his own way, over low heat, as he did with his opponents. Virgil narrated the epic of Aeneas, two thousand years later there is another hero who rides a Ducati.

The Beast gives an encore, Arbolino breaks the ice in Moto2, Foggia and Migno come close in Moto3. Italy also smiles in America, but not with Bagnaia.

Then there is Marquez, whose Honda decides to complicate his life. As if so little were enough.

THE GOOD - Enea Bastianini, aka the Beast. You only understand the reason for his nickname when he gets on the track. Kind with the tires, ruthless with his opponents, with perfect timing: these are all the qualities of the man from Rimini who continues to write the story of himself and the Gresini team. For the moment he wears the blue of the team founded by Fausto, but he is turning more and more red.

THE BAD - Only cruel fate could deprive us of the Marquez show in Austin. He tried (with the complicity of a few crazy bits) but he didn't quite succeed. It takes him more than just a bad start to stop Marc on his American playground. He jumped, he overtook, he risked. In short, he is back.

THE UGLY - It was the bike that used to be friendly for the riders, the one they all rode, but now it looks like any Honda. Quartararo sweats and struggles, puts a patch on that is still too small to hide the holes in Yamaha's competitiveness. The others are Dovizioso and Morbidelli fighting for a point, Binder wrapping up the standings. Fabio hopes it's a nightmare from which he will wake up in Europe. 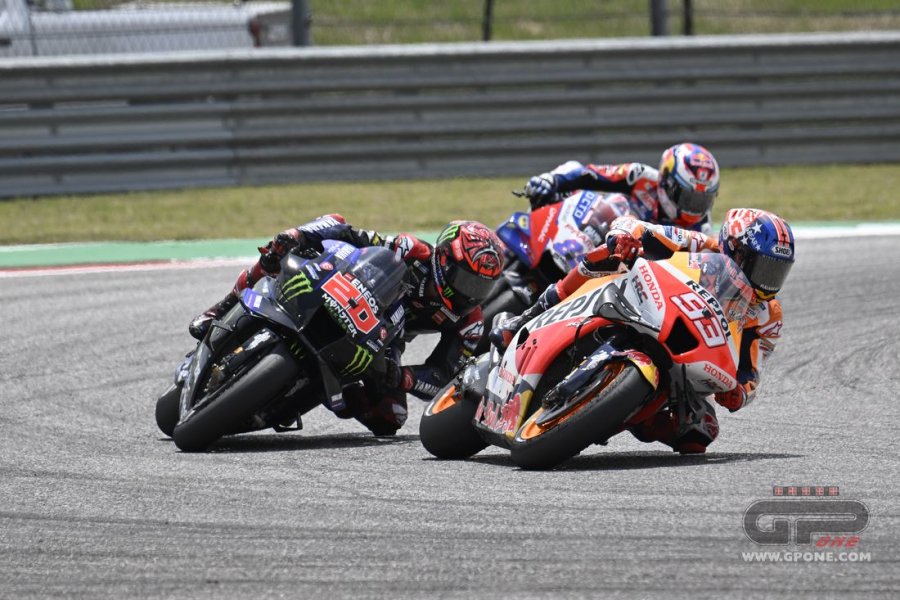 THE DISAPPOINTMENT - The higher you are, the bigger you come crashing down. A week ago Aprilia was in the stratosphere, in Austin they discovered how hard the ground is. In the middle of the group, with the KTMs with which it shared its destiny. Just a stumbling block, but we were getting used to it.

THE CONFIRMATION - The Pernat school promotes another student. It’s Tony Arbolino, repeating the year after the disappointment of his debut season. But he works hard, studies, raises his hand at the right time and wins. He had already shown himself in the first races, in this one he didn't make a mistake. 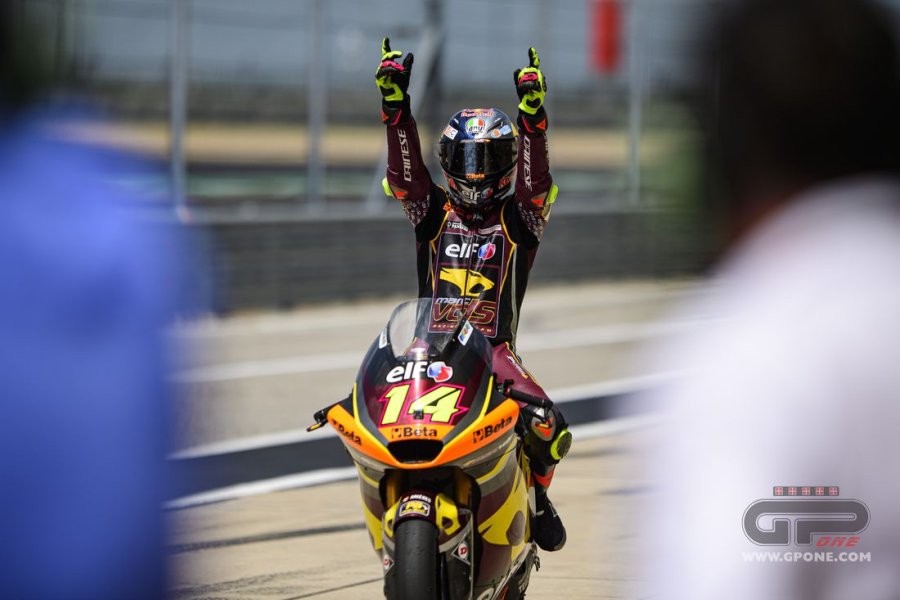 THE MISTAKE - Misery is widespread, but company is nowhere to be seen. First it was Vietti who lay down horizontally on the Austin asphalt, then Canet who copied his move. An exercise that everyone seems to like in Moto2, so much so that even Beaubier gave in to its charm in view of the finish line.

THE SURPRISE - From Mir to Rins, only a couple of consonants separate them but they change everything. Alex is finally ahead of his teammate, after many crashes and wasted opportunities. Two podiums, 2nd place in the standings, something he wanted but we didn’t really expect it.

THE PASS - We had been waiting for a duel between Marquez and Quartararo for some time. The hope (also shared by the two riders) is that next time it will be for the victory.

THE CURIOSITY - Suzuki celebrated its 500th podium and gathered together some of the riders who contributed to the result for a photo. Do you recognize them?

I TOLD YOU SO - "This is not the time to think about the podium". “I could have definitely been on the podium”. "I mustn’t attack but regain confidence". "When you are in the race you have to take risks". Marc Marquez is not always consistent in his statements but, as long as he rides like this, who cares?