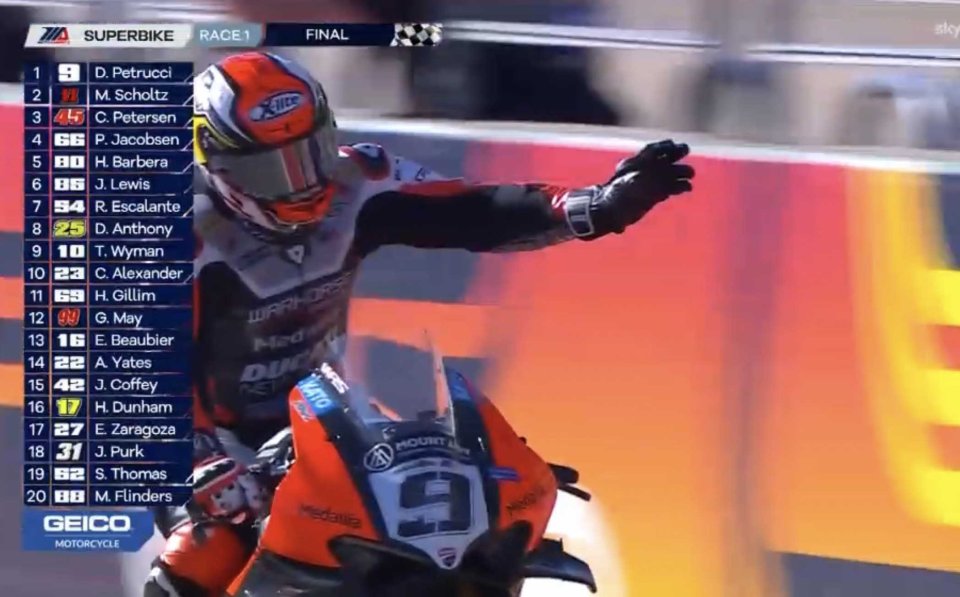 There was no expected duel between Jake Gagne and Danilo Petrucci in the first race of the MotoAmerica championship, on the Austin track. In fact, just before the start, during the alignment lap, Gagne had to pull off into the pits due to a technical problem, abandoning the front row.

Danilo got away from the line, but it wasn’t a particularly good start. In a few laps, four to be exact, he caught up with Scholtz and, after a short duel, overtook him at turn 1 showing the higher top speed of his Ducati Panigale V4 R. it took just a few laps to accumulate a gap of a second, then a couple of mistakes by his opponent allowed him to build a comfortable advantage and Danilo went on to score his first victory in Wayne Rainey's championship.

Second was Scholtz, third Petersen, in fifth position another familiar name, that of Hector Barbera behind Jacobsen.

Danilo Petrucci is the third Italian rider to win in the AMA-MotoAmerica championship. Before him, Alessandro Gramigni (Road America and Brainerd 1996) and Lorenzo Zanetti (Indianapolis 2020) succeeded.

"I saw that Gagne had left the starting grid by watching the TV panels - said Danilo during the press conference - I don't know if with him on the track today I would have managed to win. Also because he is the rider to beat. He will come back stronger and stronger and more hungry than before. I started badly, as usual. I think that in my career I have never gained a place at the start, it's almost a tradition. Then in the first corners at the start I almost crashed, but then I started to push and I picked up a good pace. Behind Matthew I thought I could pass him but the rear tire was sliding a lot and I had a lot of chattering. Keeping the tires under control was more difficult than I thought. It seemed as if the track was bumpier than last year, even though I know it's not like that. Physically I'm still not 100 percent. Two weeks ago I was having a hard time walking. The Dakar is really tough, I came back with so many problems and very little energy. I hope to be able to get back to training next week. Obviously knowing the Austin track was a big advantage. I think the next circuit will be harder, not only do I not know Road Atlanta, I don't even know where it is! My plans? I want to learn how to play golf, there is a course right in front of where I live. It was nice to race on the same day as the MotoGP ... apart from the fact that we have to go out on track at dawn. "

The next round of the championship will be held on April 24 at the Road Atlanta circuit, which Petrux is not familiar with, and there it will be more difficult. 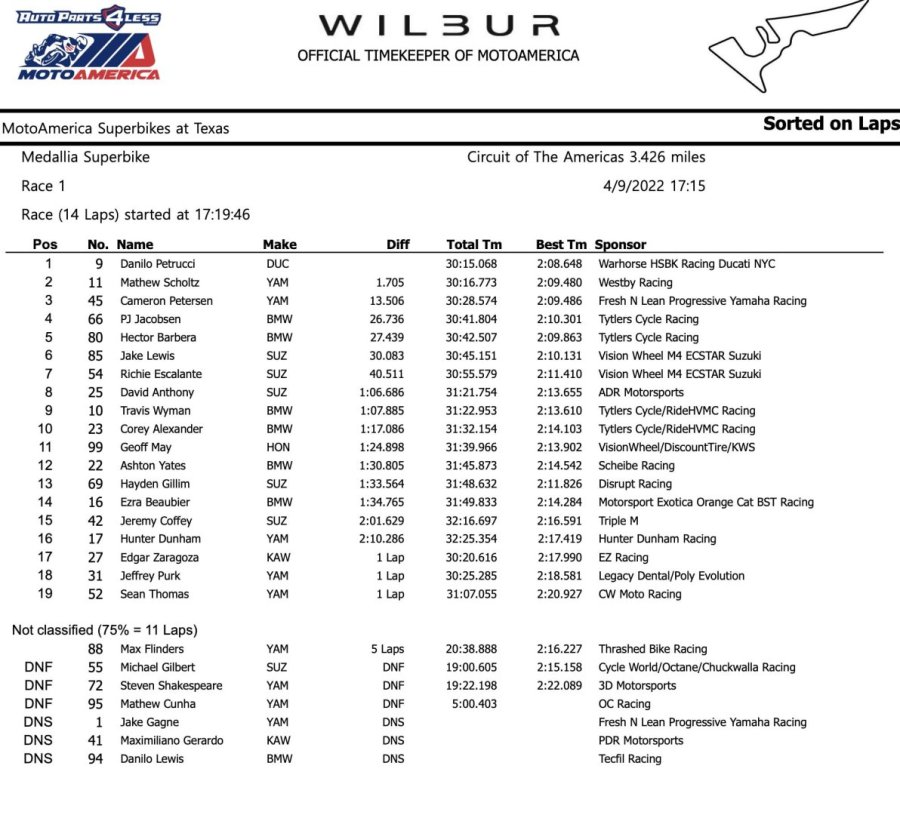