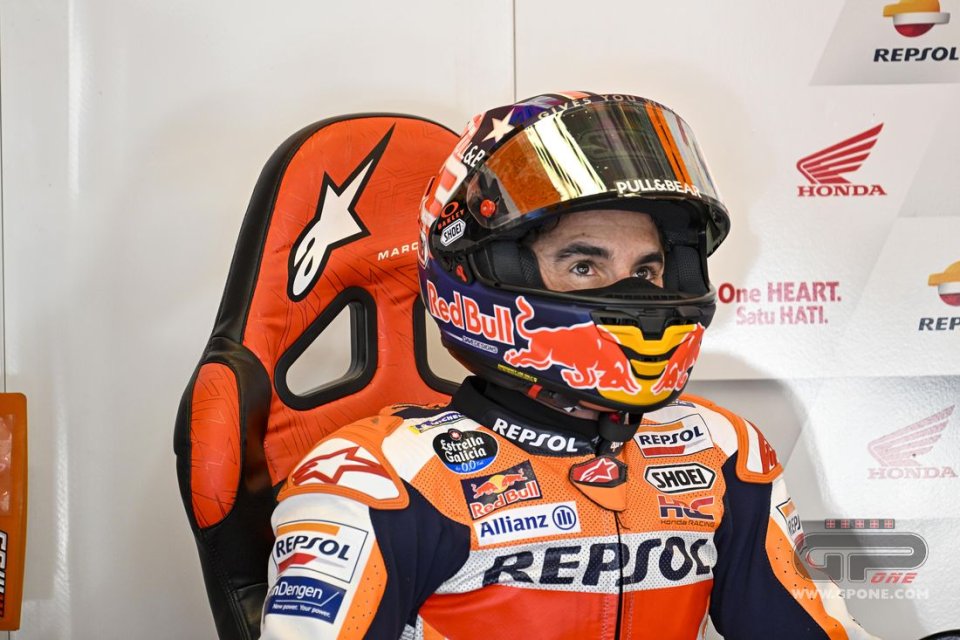 Marc Marquez has always been a rider who doesn’t make excuses and has no problem admitting his faults. He took all the blame for the third row he's starting from tomorrow. Despite Austin being one of his favorite tracks, the Honda rider knew this wouldn’t be an easy GP. And it wasn’t.

"I didn't believe in myself in qualifying. It's simple,”  he admitted. “I worked well all weekend, but there was some traffic in the Q2. I didn't want to push. In short, it was my mistake. Also, with the second tire, I had some problems with the bike, and I couldn’t push like I wanted to and, at the end, I was confused. I thought I had another lap,  but I didn’t. The first row wouldn’t have been possible, but the second was my place. Fortunately, I’m ninth. It was my worst lap. Passing the Ducati tomorrow will be difficult, but the race is long."

A lot of riders think you’re the favorite.
”I can't say I'm the favorite. I had a strange weekend, but it was the only way to survive. I pushed only for a lap yesterday. The same this morning. I showed my pace only in the FP4. I’ll do four or five laps in the warm-up, then I’ll wait for the race. That’s the way I have to work right now. I think Bagnaia, Bastianini, and Quartararo have a good pace."

Why did you have so many problems?
"Losing a weekend doesn't affect your speed. It doesn't affect anything. It's the combination of several factors. I’m coming from one of my worst Grand Prixs in the MotoGP, from a huge highside. On Thursday I said that I had no new sensations, and it’s normal that some doubts arise during the weekend, but I tried to manage them. In the FP4, I rode well, but when I mounted the new tire in qualifying, I didn't feel good. I was a little scared. I didn't put all the sectors together. Anyway, it didn't go badly.  I'm happy with the day and my position."

It's strange to hear you say you didn't trust yourself.
”I didn't take less risks than usual today.  I pushed. The difference is that, in Indonesia, I fell every time I did. I'll do the same in Portimão, but after a weekend like this, after two mentally difficult weeks, being here is already important. I can't tackle the weekend by attacking but by understanding, and that's what I've done and will do. Tomorrow I’ll push. Like I said, I’m here to compete, not to do laps."

Does the new Honda still not suit you perfectly?
"Today we started working in the direction I like and have improved. The direction is right, but it's still not enough, and Honda is committed to trying to find a way to have a competitive bike in European corcuits. This bike doesn’t have the usual DNA of a Honda, the one that you ride quickly and pick back up. We’re still far from what I like."

What are you aiming for tomorrow?
"It’ll depend a lot on the start and the first laps. We'll see. We'll have to take some risks. I was fifth in Qatar, and I did it. I think tomorrow will be a strange race, and this will make it more difficult."

What do you think of the work done on the track?
"The new asphalt is great, the grip is amazing, but the holes are still there. I know there will be more next year, but yesterday Miller said something interesting in the Safety Commission. There are holes but it's not dangerous. Like in Argentina, it was slippery but not dangerous. They did a good job, even if in two or three turns the asphalt is a bit ruined. Eleven is the worst."