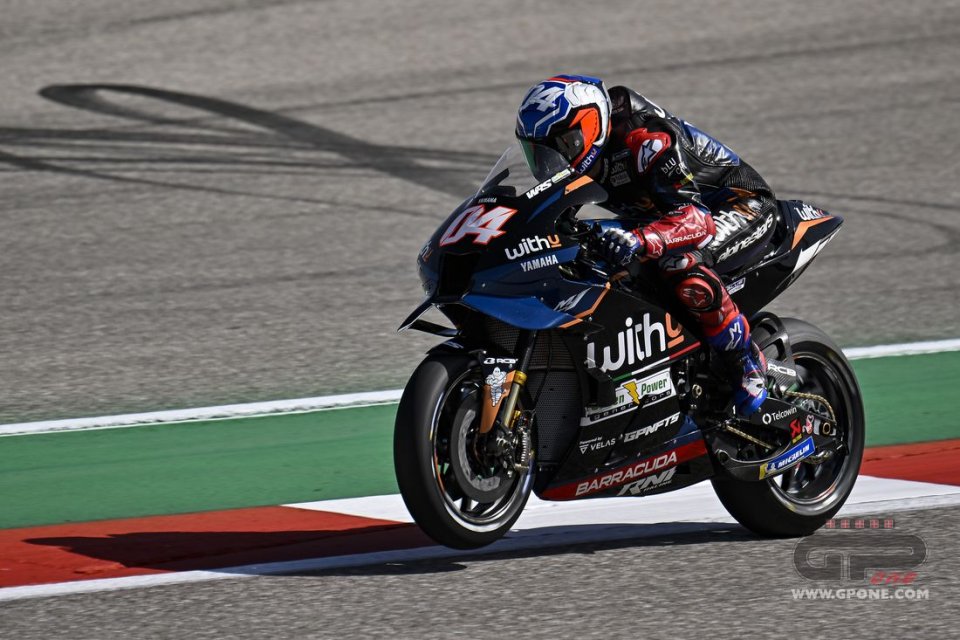 Andrea Dovizioso can afford a timid smile in the Austin afternoon. On the Yamaha he is not yet at the levels that allow him to fight for important positions, but in FP2 he has finally entered the Top 10, at least with used tires. He likes CotA ("last year I had my best result here" he recalled) but he also started to find the key to the problem on the M1.

"We made a change to the set-up based on the race in Argentina and we managed to improve in braking - he explained - I'm a rider who rides a lot with the front and having no lockouts helps me to be more aggressive."

"With used tires I managed to lap under 2m04s, which is not bad, I was 3 tenths behind Quartararo. But by that time you are in the middle of the group - he continued - Then, when I put on the soft tire, I was unable to use it, I was not fluid in my riding and in fact I lowered my time by just 2 tenths ".

So Dovi is 15th in the standings, but with the feeling of being able to do better tomorrow.

"The way I rode I'd say I could be around 10th - he predicted - but that's not enough, we need to improve because everyone will tomorrow morning".

Finally, the path taken seems to be the right one.

“Even though it is not enough, it is always nice to be able to improve - said the man from Forlì - Tomorrow we will have to start from here, but to understand if we are really going in the right direction we will have to wait for other tracks. For now I am focused on doing well this weekend ”.

Tomorrow will be a decisive day, but in the meantime Andrea promoted the new asphalt.

“It has definitely improved, even if the bumps have not disappeared. To do this, they would have to do something on the ground, but it would have crazy costs. This is the best solution to race for less, now you can while last year it was almost difficult to ride ".