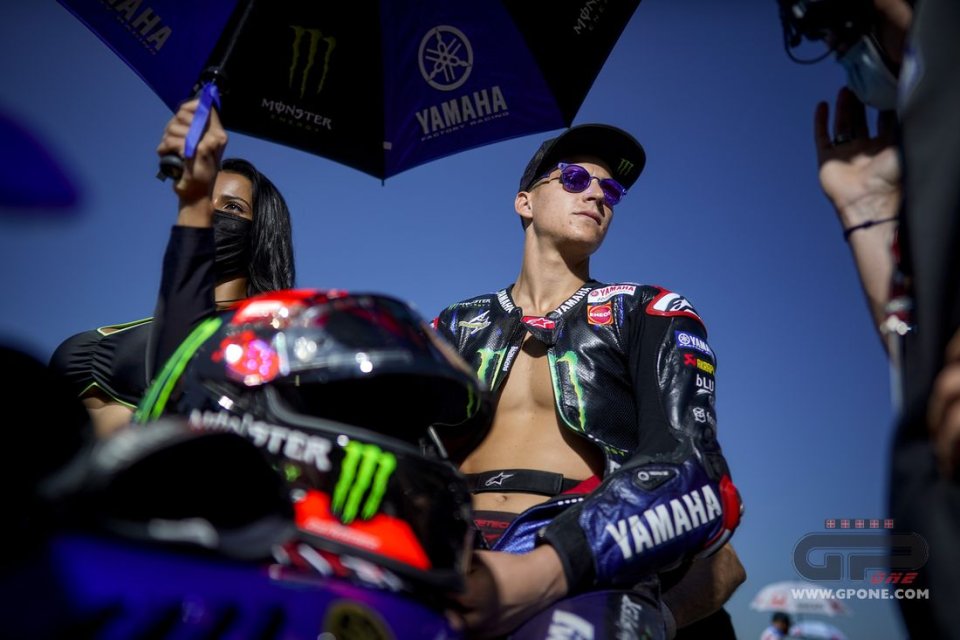 The Circuit of the Americas, in Austin, could prove to be the race that will mark a watershed in a ranking that currently sees many protagonists without one rider who stands out above the others. Now with the return of Marc Marquez, who has dominated this circuit in past years, the race could get even tougher for Fabio Quartararo. Although the Yamaha rider last season took the second podium place here on the American track, this year he seems to have not yet found that state of grace that helped him to become world champion. At the moment the Frenchman is fifth with 35 points, squeezed between the two Suzuki riders, but a victory could catapult him directly to the top of the standings.

This start to the season has not been easy for you, a podium and mixed results. What are your expectations here in Austin?

"This start to the championship has not been easy. In Argentina our race pace was good but we had some difficulties and I was unable to stay in the leading group. I had difficulty recovering positions but the feeling was not what I needed ".

Last year here in Austin you finished the race on the second step of the podium, behind Marc. Now the situations are different, last year you were fighting for the title, do you think this race could be an opportunity to be more aggressive and regain control of the championship?

"Yes, last year the situation was completely different. This year the circuit has also been resurfaced so tomorrow we will see what this will entail. I hope the grip has improved, because at the moment grip is the best way to understand how our weekend will go".

"Compared to last year, the situation is very different, but I think it's a good thing for the fans of this sport. I hope I can do well on Sunday and entertain the spectators."

We know your contract with Yamaha is about to expire, have you already made a decision about your future?

"For the moment I prefer not to think much about this aspect, I want to concentrate only on the race trying to give my best. For my future, we will see when I will take my decision.”

This weekend also sees the celebrations for the 500th MotoGP race. Is there one of these races that you remember with pleasure?

"I remember in Jerez in 2005 the fight between Valentino and Sete Gibernau. It was the race in which I understood that I wanted to become a MotoGP rider."

Earlier you mentioned grip as a key factor in understanding how the bike will go on a circuit. Do you find it frustrating not to have this certainty before going out on a circuit?

"I admit that yes, it can be frustrating. Grip is definitely the factor on which we must try to improve the most, beyond speed it is clear. However, compared to how we prepare for a race it does not change much, the mentality is the same always, do your best trying to reach your goals ".