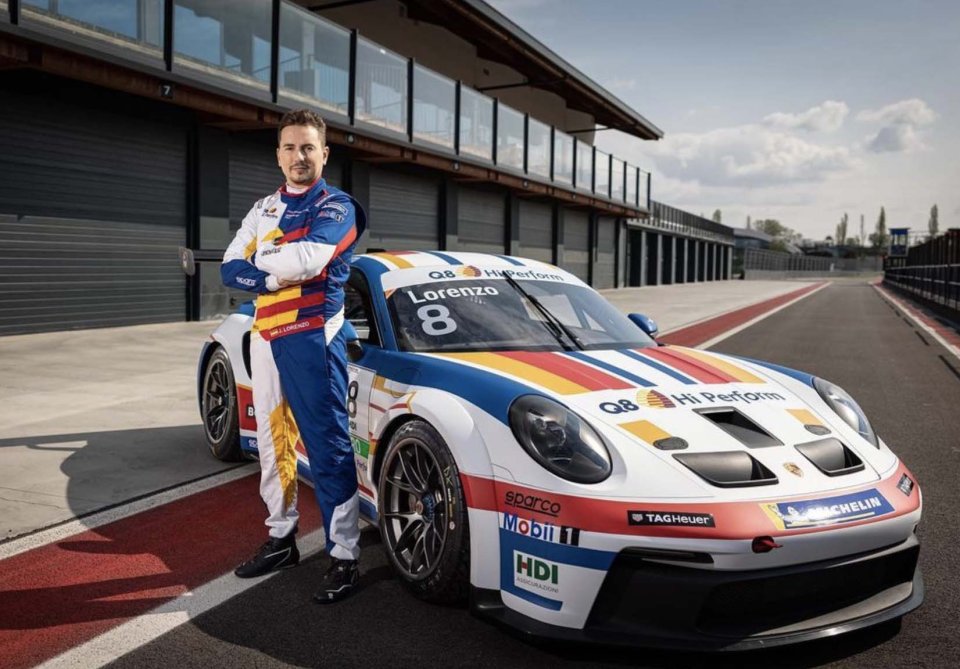 Guys, here we will have to start a new culture (for those who don't have one) on the four wheels because our idols of the last decade are all sitting...even if in the cockpit of super sports cars: Audi for Valentino Rossi, Lamborghini for Dani Pedrosa and now Porsche for Jorge Lorenzo.

Vale, Dani, Jorge, get your act together and try to all race in the same championship!

"A new and exciting phase of my life begins - said Porfuera on his Instagram post - I want to thank the Q8 Hi Perform team for welcoming me and choosing me as official driver of the Porsche Carrera Cup Italia. We are a strong, united and ambitious team and I am eager to get involved and prove that I can also be competitive on four wheels".

This is the 16th edition of the Porsche Carrera Cup Italia. Jorge and the other competitors will do a final test on 13 April in Monza. Then, the championship will start on 7 and 8 May at Imola. The subsequent tests will be held at Misano (4 and 5 June), Mugello (16 and 17 July), Vallelunga (17 and 18 September), PEC Franciacorta (1 and 2 October, during the Porsche Festival) and the final round will be held at Monza (8 and 9 October).