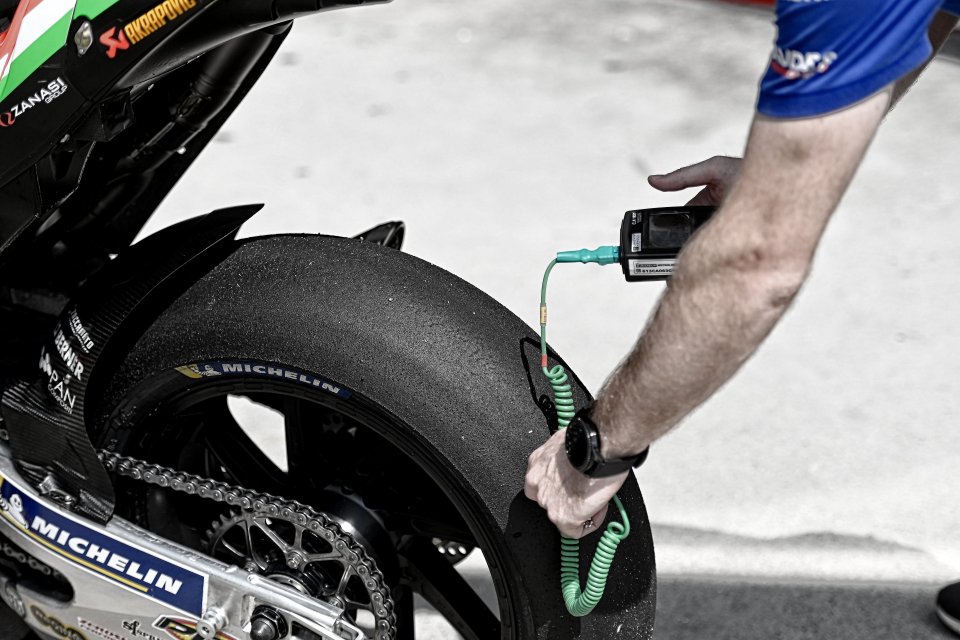 Despite the logistical problems and the delays, it was a good day in terms of the tyres.

The track was bumpy and dusty, and although this meant there was little grip, the lap times and the feedback levels improved as the riders did more laps. The pole lap time from Q2 was only 5/1000 of a second slower than the all-time circuit record, and this was after just one day of riding.

Track temperatures ranged from 42 degrees C in FP1, to 45 degrees in FP2.

Of the 3 front and 3 rear options, two offered good performance and levels of feel.

The Soft front was very good for the initial laps and for time attack.  The grip, the turn-in and the feedback were good, but it was perceived as too soft after around 10 laps, with excessive movement.  The Hard option is more stable, offering better support and allowing harder and later breaking. It gave good consistency. This is likely to be the choice for the majority of riders for the race.

The Soft rear gave good initial grip, with very good stability and consistency for a soft compound tyre.  This is likely be the majority choice for the race because most riders value the extra grip compared to the Medium.
The Medium offered good warm-up and good stability.  However, it seems to spin more than the Soft, even though the grip is good, along with the consistency and stability.

We saw faster lap times overall than in 2019, and front and rear temperatures are under control.