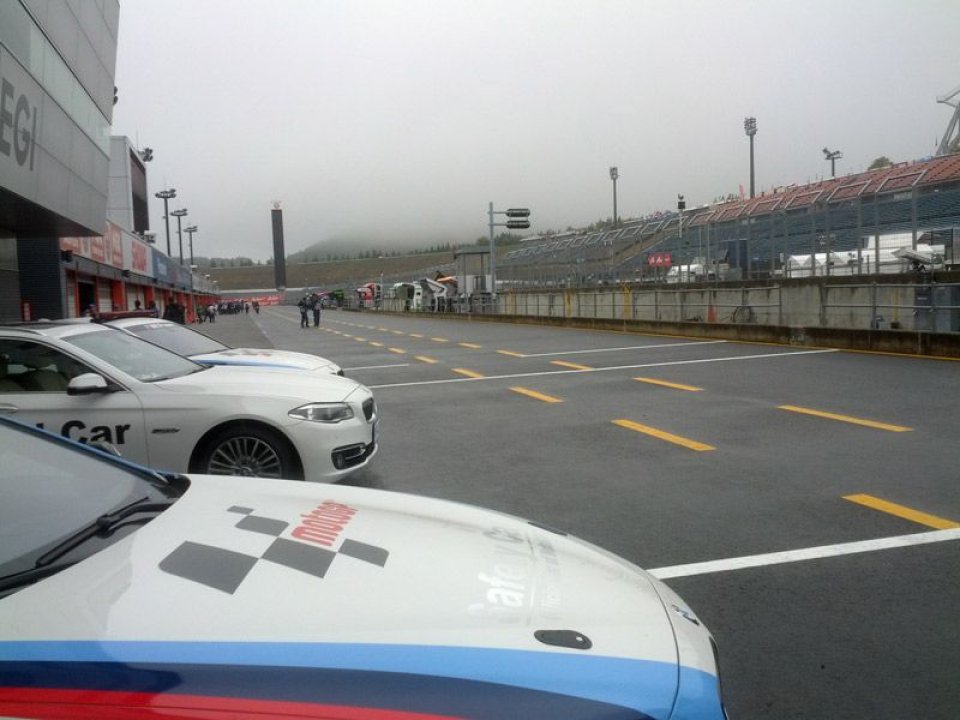 If everything has gone according to plan, the missing cargo is now on its way towards Argentina. It is scheduled to land in South America in the afternoon and, around 6 pm, the crates should arrive in the circuit, thus allowing the teams to begin a real tour de force to prepare the bikes and pits in time for tomorrow morning. To try to save the GP, the free practice sessions of all classes have been moved to Saturday, while on Sunday the program remains unchanged.

It’s all a bit conditional however, because pending an official communication, everything remains in doubt. But what would happen in case of further delays? We can always learn from history and the world championship had to face a similar problem, in its effects but not in its causes, in 2013, in Japan.

That year it was bad weather that took centre stage: rain and fog besieged the Motegi circuit with the result that the medical helicopter could not take off in an emergency. A necessary condition to open the track, which in fact remained closed. All free practice sessions on Friday and Saturday morning were cancelled. An unprecedented decision was thus taken, on Saturday afternoon, when visibility improved, and the riders took to the track for a single practice session that was used both as free practice and to determine the starting grid (for MotoGP it was 75 minutes). On Sunday, then, everything ran without a hitch.

That weekend was quite chaotic however and at a certain point the Race Direction even put forward the possibility that they could concentrate the program in a single day. There was no possibility of postponing the race to Monday and therefore an alternative program was considered with qualifying and the race on Sunday.

An option that could also be useful for Termas de Rio Hondo, in case there are further delays in the arrival of the material. Even in this case, moving the race is impossible, because next weekend there will be the Austin GP and the transfer times are tight.

There was also another case in which MotoGP saw FP4 and qualifying cancelled. At Phillip Island, in 2019, the strong wind forced the two sessions to be postponed to Sunday morning, but the solution was simpler because Moto3 and Moto2 had managed to determine their line-up before the interruption.