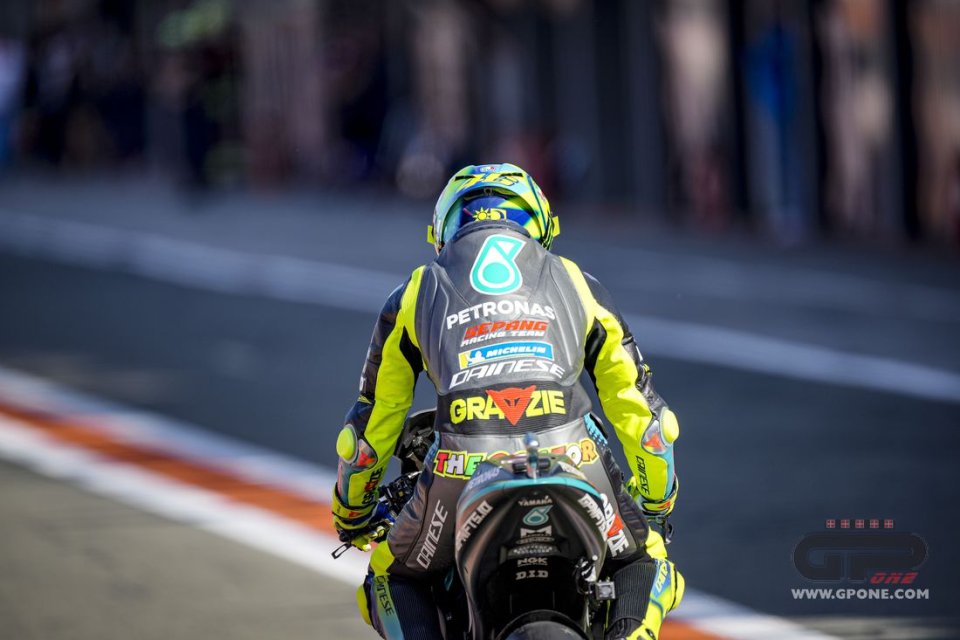 Valentino Rossi won’t be that lonely today in Imola as he prepares to tackle the first stage of the Fanatec GT World Challenge driving the WRT Racing’s Audi GT3 R8 LMS.

He might even meet up in the pits with Dani Pedrosa, who is also intrigued by four wheels, and will be driving the Rexal FFF Team’s Huracán Evo2 for three stages of the Lamborghini Super Trofeo Europa.

This has always been the case for aces on two-wheels. At the end of their careers, they’ve always been tempted by cars. It happened to John Surtees in 1960, when he was just 26 years old, as he reached the podium in the second race of the British GP and got a pole in the third of the Portuguese GP. To date, he’s still the only racer to have won the World Championship in both motorsports: three titles in the 350, four in the 500, and one in the F.1 in 1964 with Ferrari.

The destiny of motorcyclists: from Surtees to Hailwood and Agostini

After John Surtees, Mike Hailwood also crossed the Rubicon with nine world titles on two wheels: three in the 250, two in the 350, and four in 500. He also reached the decision when he was 26. He didn’t achieve the level of his fellow countryman, but he still won a title in the F.2 (1972) and was known for his courage when, in 1973, he threw himself into the flames in South Africa to pull out Clay Regazzoni from his car. He then reached two podium finishes in the F.1 and a third place at the 24 Hours of Le Mans. An all-around racer. 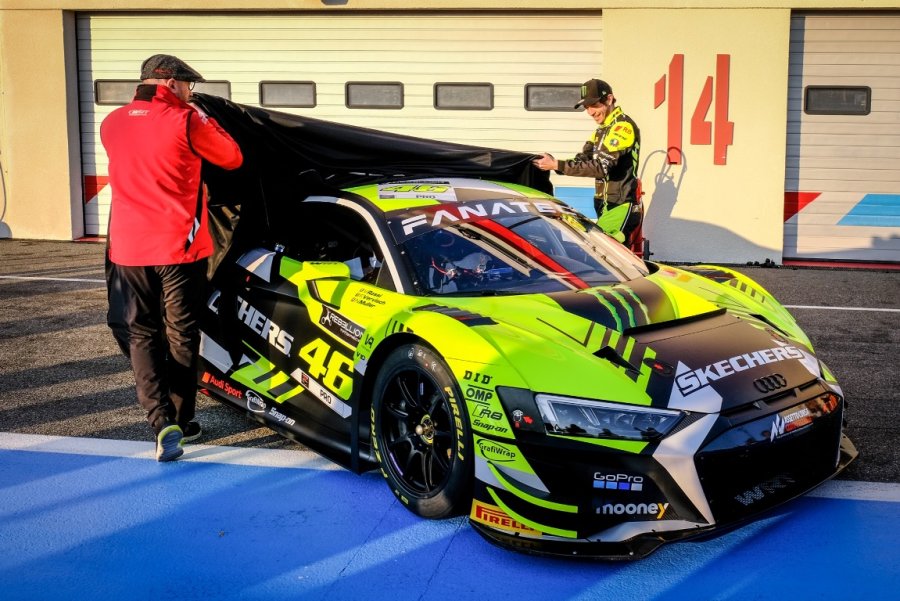 But it didn’t go the same way for Giacomo Agostini, who left motorcycling much later on. He was 36 when, in 1978, he drove both the F. 2 Chevron B42 BMW and the F.1 Aurora with a Williams FW06. He got seven podiums, but Ago wanted to be first overall. And that’s what he did, as manager for the Marlboro-Yamaha team starting in 1982.

Today, Valentino Rossi retraces the steps of three absolute legends, wearing two hats … or helmets. While he makes his debut with Audi in Imola, his VR46 Team will be racing on the other side of the globe in Argentina. And even if Vale isn’t with them at the moment, we can’t say that he’s not hard at work.

Who’s he going up against in this four-wheel championship?

His opponents include Patrese’s and Panis’ children, Lorenzo and Aurelien, Gerhard Berger’s nephew, Lucas Auer, as well as former F.1 racers Christian Klien and Markus Winkelhock. A good group, but not that terrifying for a champion of Valentino’s scope who, experience aside, might just be thinking about winning this first challenge.

A challenge that he’ll face in the PRO Cup along with Belgian racer Frédéric Vervisch and, for the Endurance races, Swiss racer Nico Muller, twice vice champion of the DMD, the German Supertourism, who also raced in the Formula E.

All born in cars, which require a racing style that’s very different than motorcycles. Vale knows the circuits pretty well, since he’s raced on most of those that’ll be hosting the ten races of the season (divided between Endurance  and Sprint), except Brands Hatch and Spa-Francorchamps, where the GT World Challenge will stop at the end of July for the 24 Hours. But the braking points are different and so is overtaking. There are no 50 centimeters spaces to crawl into!

Valentino's last temptation: the 24 Hours of Le Mans or a surprise return?

For someone who’s used to the almost 300 hp of the MotoGP's 1,000 cc 4-cylinder engine, the 585 hp of the 5.2-liter aspirated V10 isn't much, but he’ll have to deal with a different type of grip, even if motorcycling has also become familiar with the concept of downforce in the past few years.

Today, Valentino was in free practice at the Autodromo Enzo and Dino Ferrari in Imola, in view of the 3-hour race that will start at 3pm on Sunday. But his fans don't have to worry.  Only the motorcycle rider will no longer be around. And, who knows, like Mike the Bike in 1978 at the TT, maybe Vale will be tempted by bikes once again.

2023 marks the start of a new five-year, Kazakhstan will also become the 30th country to host a motorcycle Grand Prix since 1949
1 day 21 hours ago

The official announcement came today. The rider from Ascoli: "I have no expectations other than to return to a serene and clear climate inside the...
4 days 12 hours ago

This is the first MotoGP pole for Honda since Pol Espargaro at the British GP last year (21 races), ending the longest sequence of successive premier...
4 days 17 hours ago

“We want to thank the entire paddock and especially the Suzuki team that helped us rebuild the garage. We’re ready to start the Japanese GP.”
4 days 22 hours ago