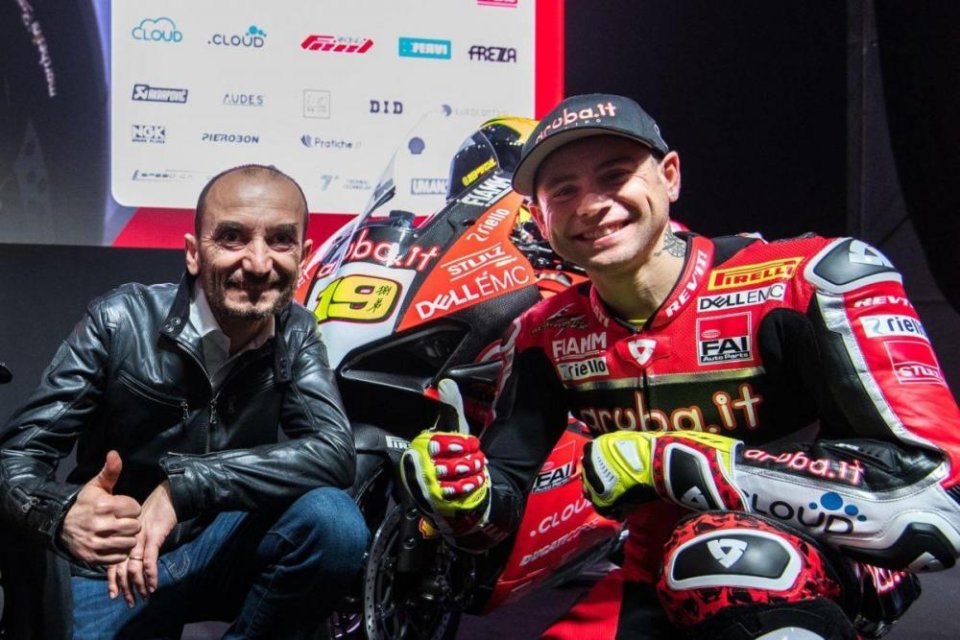 In just over a week, the curtain will finally rise on the 2022 SBK World Championship season. Everyone’s excited about the inaugural round in Aragon, including the SBK fans.

One of the topics that has been much discussed during the winter is undoubtedly the return of Alvaro Bautista in Ducati. Claudio Domenicali is curious about the new challenge that awaits the Spanish rider and the Panigale V4. We talked to him about it during the press conference that presented the partnership between Ducati and Poltrone Frau.

"Alvaro has shown that he feels good at home,” Domenicali commented. “Over the winter, the bike changed quite a bit. In fact, we’ve seen new components like the improved swingarm, which he like. So we have good expectations."

The CEO then talked about Bautista’s first experience in Ducati.

"In the first part of 2019, Alvaro was extraordinary,” he recalled. “Then something happened. I think the relationship between rider, team, and motorcycle is very difficult, since it’s a delicate alchemy. Surely, Bautista was very fond of the team, since he left a good memory, and he knows all this. I'm his first fan.”

Ducati aims at the world title with #19.

"We expect to have fun with Bautista and Ducati, because fans want Ducati to be center stage. The goal is to start fighting for the podium in all the races, aware of the fact that there are other big teams that are ambitious to get results. So we have to continue to work without stopping."

Lastly, he talked about Danilo Petrucci and the adventure that awaits him in MotoAmerica.

"Danilo's situation is a bit more complicated, since it’s a new context for him. There are still some doubts, he doesn’t know the tracks, and the Dunlop tires will be new to him, but we’ll watch him with great attention, and we’ll support him."