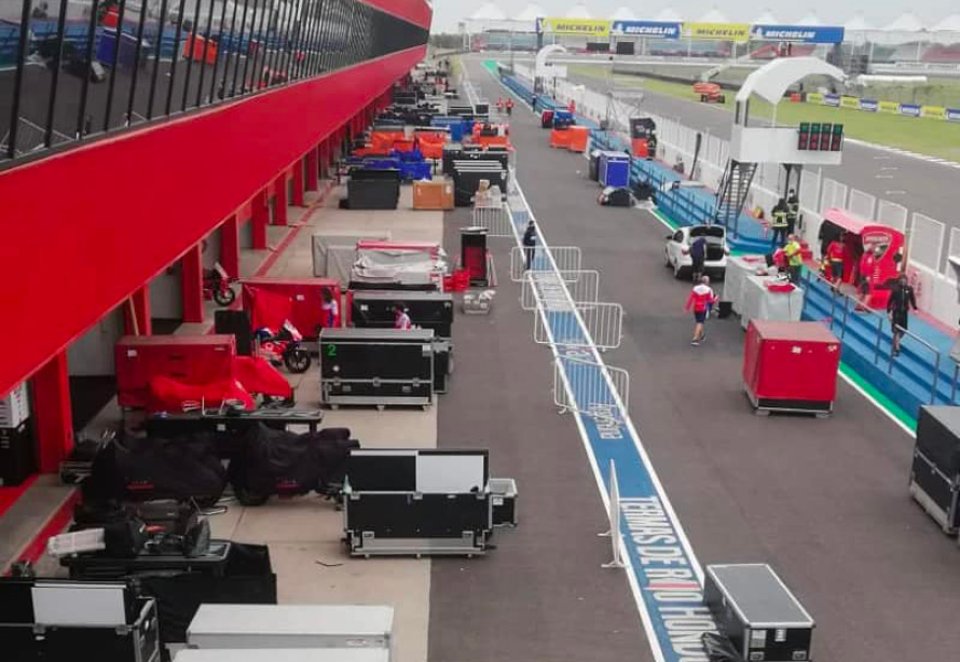 The Argentine GP will start tomorrow at 9 am (local time, at 2 pm in Italy) at the Termas de Rio Hondo track, or at least hopefully it will. In fact, a dozen teams have not yet received their crates, which contain the bikes. The problem is due to a breakdown for one of the cargo planes transporting the material from Lombok, where the Indonesian Grand Prix was held, to Termas.

Some teams have been waiting for a couple of days for the bikes to arrive in their garage and it hasn't happened yet. The factory Ducati team and the two satellites VR46 and Gresini haven’t had any luck yet in MotoGP, while Leopard in Moto3 and Ajo, in Moto3 and Moto2 are also added to the list.

According to the latest information received from the teams, the material might arrive today at the circuit at 6 pm, which would force the mechanics to work all night to set up the bikes and the garage, with the risk of not being in time for free practice tomorrow.

The situation is still evolving, but the possibility of postponing all the sessions scheduled for tomorrow has not been ruled out.

This is not the first time that a similar problem has occurred in Argentina; in 2016, due to thunderstorms, two cargo planes left late for Austin, managing to arrive in Texas in the nick of time.

he French rider in his career has raced in SBK, Supersport, 250 and even the Dakar, now he wants to test himself on the Isle of Man
3 days 4 hours ago