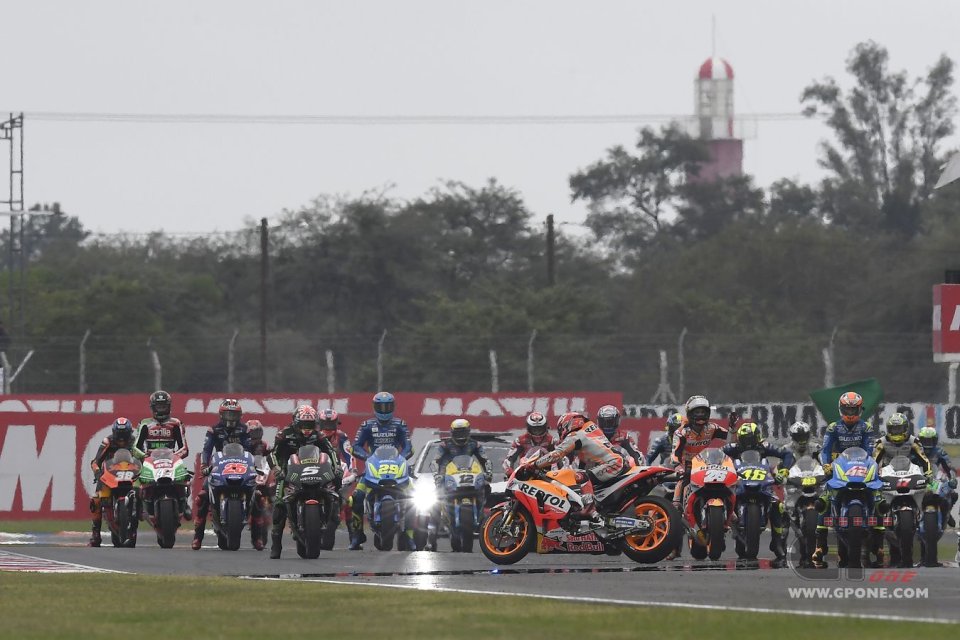 The Argentine Grand Prix is ​​at risk. It's not an exaggeration to say so, even though today Ezpeleta played the situation down somewhat by explaining the problems with the cargo planes and the subsequent delay… but he had to use a lot of conditionals.

The problem is that the cargo, which should leave Mombasa tomorrow, will also have to make a stopover and only if it manages to leave, will it arrive tomorrow in the evening. Friday, in fact.

Something similar happened in 2016, when there was another problem, due to a typhoon, between the Rio Hondo GP and Austin, but everything worked out for the best, even if some teams even had to travel from the Argentine circuit to Buenos Aires by bus.

On that occasion everything sorted itself out, the only ones to lose were the mechanics who were forced into working overtime, because they had to assemble the garages and prepare the bikes on Thursday night, but then the schedule carried on as normal with Friday practice.

In this case we already know that the engines will not be fired up on Friday, but what could be the scenario if the missing material - among these the bikes of the Gresini team, those of VR46, but also of Leopard and Ajo in Moto3 - does not arrive in time?

Carmelo Ezpeleta doesn't even want to consider this (bad) possibility. In fact, 100,000 spectators are expected in Rio Hondo. Fans who come from various countries of South America. People you can't tell to go home! Moreover, you will remember, they are ‘passionate’ fans, people who don’t go to bed while waiting for the Grand Prix, bringing the Rio Hondo town very much alive by partying all night long.

So what are the prospects if the cargo plane fails to leave Mombasa? Nobody can bear to think about them.

So, is the Grand Prix at risk? What is plan B if you can't even practice on Saturday? Because, let this be clear, the race will not go ahead if some teams fail to have their material in time.

Can they try to race after practicing for half a day on Saturday, or even just Sunday? Or is it possible to race on the Monday, as was done in Qatar years ago due to the flood at Losail? It seems not, because the problem would then shift to the next GP of the Americas at Austin.

Everything is possible. For the moment, however, all that remains for us to do is cross our fingers and wait for the call from Mombasa to confirm, at least, the take-off of the cargo from Mombasa.