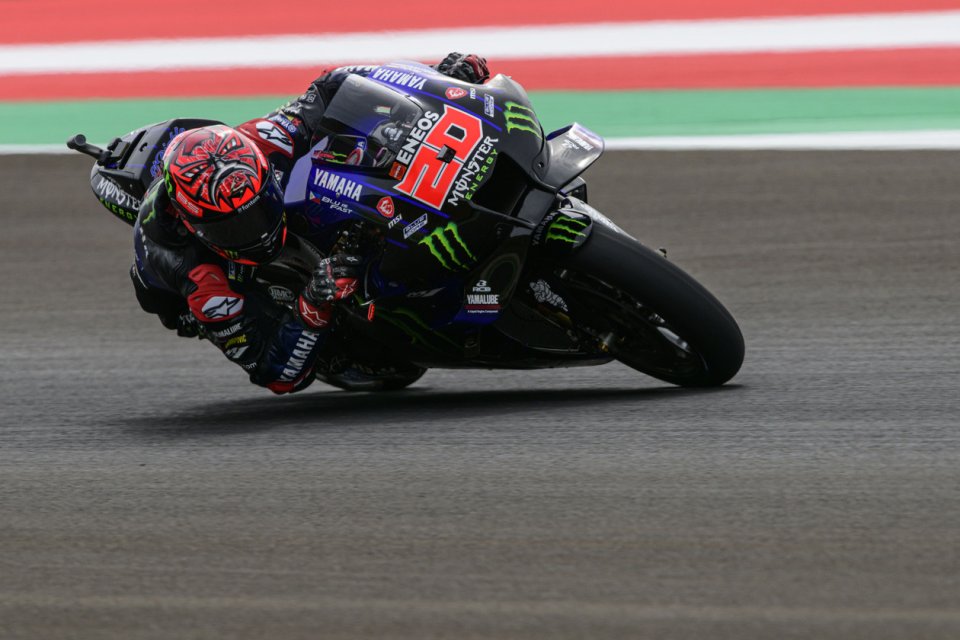 The MotoGP returns to Termas de Rio Hondo after three years, and everyone’s more than curious to see the playing field. Yamaha is also eager, even more so after Fabio Quartararo’s post-Indonesia considerations.

The world champion had commented that this will be one of the most complicated rounds of the entire season for his M1. Despite several pitfalls, the French rider doesn’t have the slightest intention of throwing in the towel: "We’ll all be starting from the same point in Rio Hondo, since we haven’t been racing here since 2019,” he said. “This isn't my best track, but we can do a good job. We tried some new things in Indonesia. I felt good with the Yamaha, so I'm curious to see if they'll work in Argentina too."

On the other side of the garage, the spotlights will instead be on Franco Morbidelli, fresh from a  comeback in Mandalika:  “I was confident in Indonesia with the bike, and I hope to find the same sensations here in Argentina,” he explained. “In the last GP, we  performed nicely in difficult conditions, also thanks to my starting from behind. Along with the team, we’re gaining more experience, and this can be an important aspect in order to be increasingly competitive, even when circumstances don’t work in our favor."