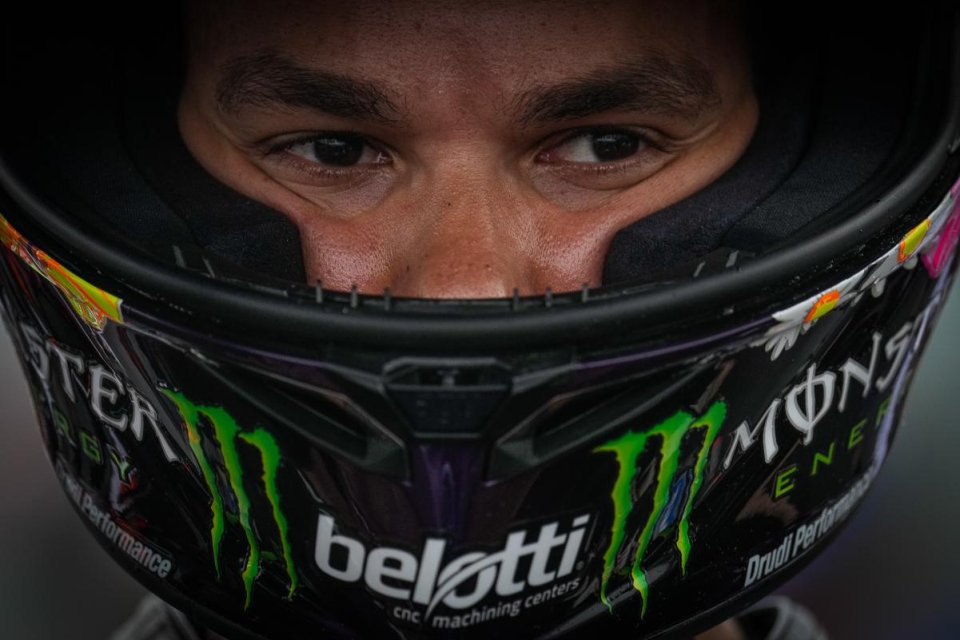 MotoGP returns to Termas de Rio Hondo after three years and for Franco Morbidelli it will be the second time riding a Yamaha on the Argentine track. The expectations are high therefore for the Italian, who comes from a weekend like the one at Mandalika which saw him take to the track in a cutthroat mood.

The Yamaha rider is therefore ready for the exam that awaits him in South America.

“It’s going to be a tough weekend - he declared - we riders will have to revise the work schedule and this will involve having to miss a few steps, but it will be the same for everyone”.

Morbidelli then dwelt on a consideration he already made two weeks ago in Indonesia.

“As I said, I don't have much experience with the bike and the team. I say this because I see Fabio's working method and his precision in relating with the team to make changes on the Yamaha. This is a significant aspect in what is the evolution of his bike and at the same time the knowledge he has and that I would like to have too as soon as possible ".

Who knows… Maybe in the future the World Championship will be concentrated in just two days?

“Obviously I don't like a weekend with only two days. Maybe in the future I might change my mind, but two days doesn't seem right to me both for the riders and for the fans ”.

Apart from Argentina, attention then focussed on the news regarding the track in Austria.

"I saw that some modifications have been made at the Red Bull Ring, where there was the accident with Zarco. At the moment I can't give a judgment. I think they’ve done an important job, knowing that with a chicane there will be better safety. However, we will have to see exactly how much ".

Morbidelli is concentrated on the present however, because first there is Termas.

“Before a race there are never too many certainties, even though you still have to be confident. The fact that Yamaha has done well in the past at Termas gives us some certainties. So I hope to take other steps forward and continue in what is my recovery ”.

Morbidelli's last point concerns the conditions that the riders will find.

“It will be an interesting weekend. I, like all the other riders, am curious to understand the track conditions and how much rubber there will be. In this respect, the Michelins could help, as they have often made a valuable contribution. However, we will all start on equal terms".