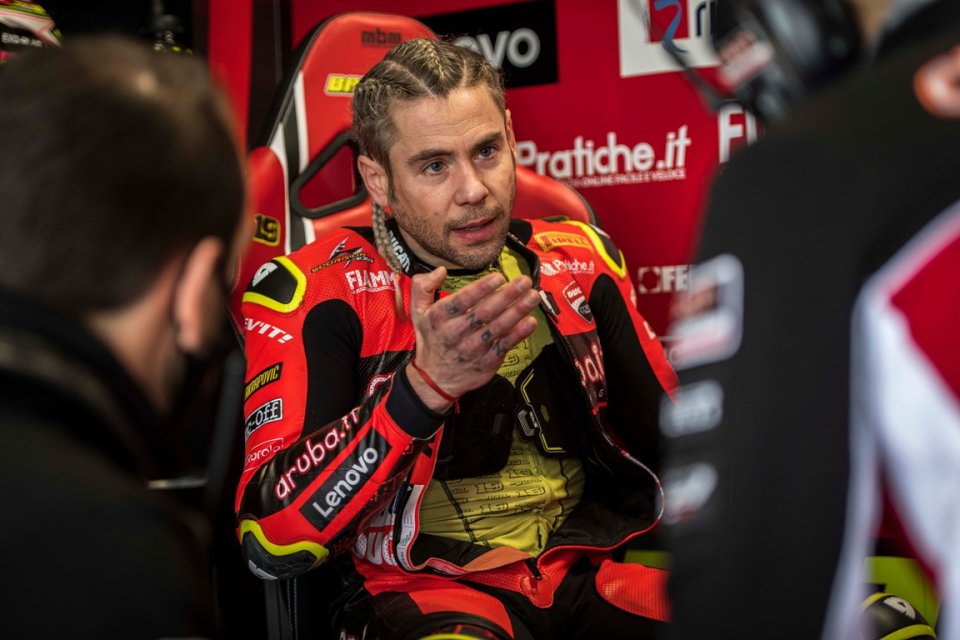 Alvaro Bautista’s Friday was a happy one in Barcelona, with the best time ahead of Johnny Rea's Kawasaki. The Spanish rider couldn’t be caught, both in the flying lap and in the race pace, where no one was able to stop him.

"It was a positive day,” he commented. “We tried the new swingarm, so as to have more feedback, and everything went according to plan. We then focused on the new Pirelli front tire, knowing that when we come here to race, the conditions will be different. Finally, we also had a new front fork, and this was also positive. We focused more on the rigidity of the new component."

The outcome left a smile on his face.

“I enjoyed riding with Ducati in Barcelona. To achieve the best time, I used the SCX, which also seems to be the main choice for the race. Today the temperatures were cooler than usual, and the wear was greater than I expected. I also tried the SC0, a very consistent tire, but what matters is the race. Today we don't have to race, so it's best not to think about it."

"If it’s dry, we’ll try other components related to the engine. Among other things, today we also focused on the geometries, with the aim of having greater power on the Ducati V4. We hope for some help from the weather on Saturday. In case of rain, it won’t be a problem, because I’ll be riding the Ducati in wet conditions for the first time."