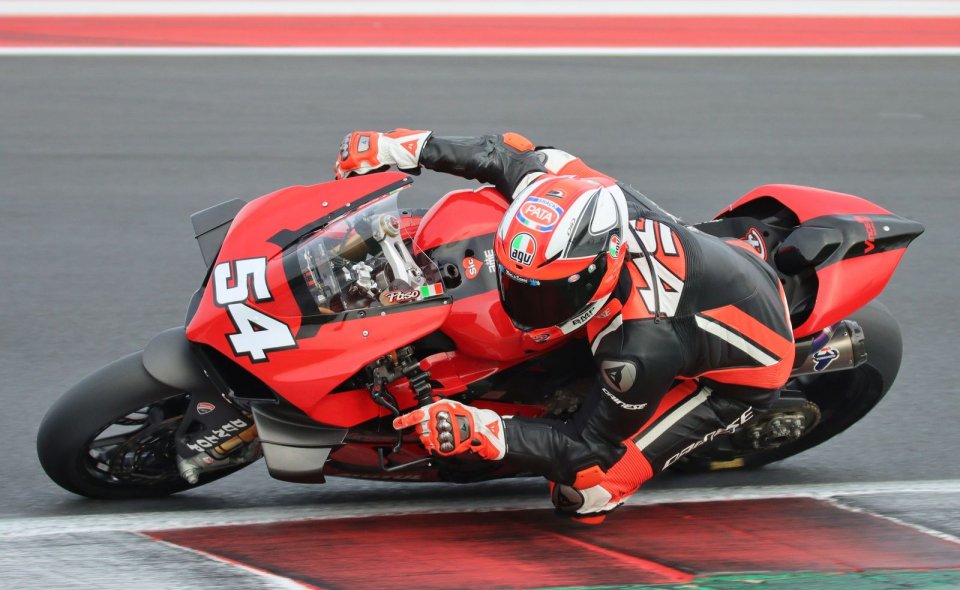 First sensational plot twist in the CIV Superbike just over a week from the inaugural weekend of the 2022 season at the Misano World Circuit Marco Simoncelli. Just when his long-awaited debut riding the Panigale V4-R – the result of a  collaboration between the Vince64 Racing Team and the Broncos Racing Team – seemed to have become a mere formality, Mattia Pasini won't be present in the top class and at the start of the Italian Speed Championship. This rumor has been going around for a few days and was confirmed in the press release issued by Vincenzo Scandizzo.

Away from two-wheel races for more two years, spent mainly as Sky's technical support for the Moto2 and 3 and, sporadically, for other races, Mattia Pasini had never hidden his intention of wanting to be a motorcycle rider again. After several test sessions during the previous weeks in Spain and Italy, in order to test the real potential of the four-cylinder Borgo Panigale in the CIV Superbike configuration, the much talked about agreement between the rider from Romagna and the Vince64-Broncos Racing Team ended in a stalemate:"We have come to the conclusion that we don’t have the conditions to start our adventure together," was the statement issued by Vince64.

At Misano with a Kalex

It’s a hard thing to stomach, especially for fans who were already anticipating a battle for the top positions of the category: first against the Italian champion, Michele Pirro, for an at-home Ducati battle, then Alessandro Delbianco, and also the rest of his opponents in the line-up. But Mattia Pasini didn’t stand idly by. He got on a Triumph-motorized Kalex at the Misano track (read HERE). He had apparently purchased it to keep in shape. Despite several rumors, we can’t rule out the fact the he might be back in action on May 29th for the Moto2 World Championship in Mugello ...