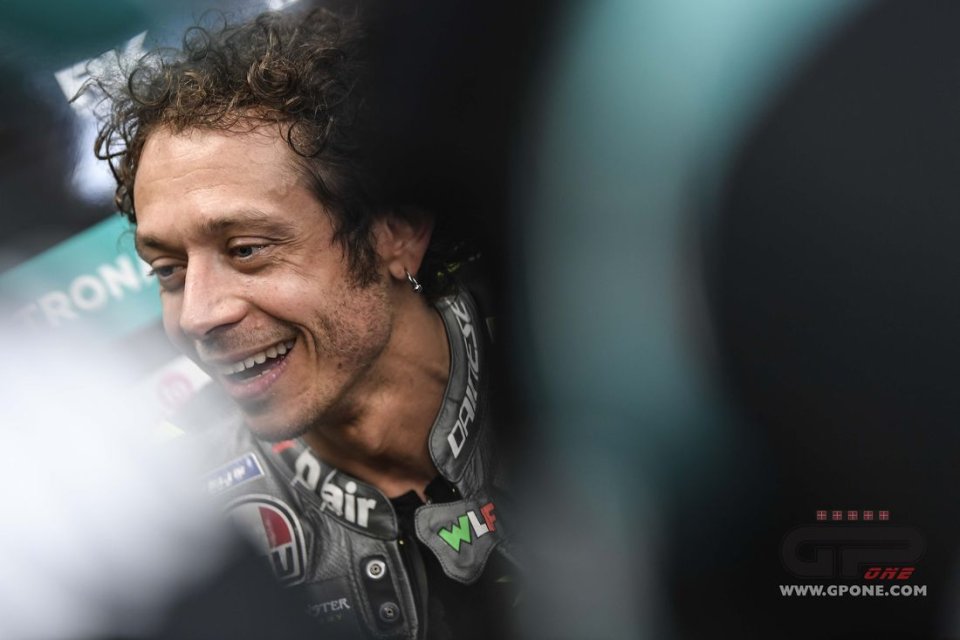 The World Championship has begun but, for the first time in a quarter of a century, without Valentino Rossi. The Doctor watched the first race in Qatar in a very special place: "In the hospital, with Giulietta just born," he said during a long interview by Benny Casadei Lucchi and Stefano Saragoni for Il Giornale.

Looking at his world from the outside wasn’t a shock for Valentino: "I thought, ‘What luck not being there on the track'. Last year, I really wanted to stop in Valencia in a happy way, and I succeeded. So, now I'm happy watching the GPs from my couch. I'm a big fan of motorcycles. I like to watch them everywhere. And I like to cheer for our riders."

He’ll continue to support them, while continuing his career as a driver on four wheels, with his first race of the GT Challenge next weekend.

"I want to become a fast driver. I want to more or less understand how far I can go and, one day, try the Le Mans 24 Hours,"  he said.

Cars are the future, motorcycles are the past and, for the moment, they seem like a closed chapter. Not even the chance to try his team’s Ducati, the VR46, attracts him.

"Let’s be serious,” Valentino said. “When you get on a MotoGP,  you have to do it with a goal, because it’s a brutal bike that goes very fast, and it makes no sense to go at seventy-five percent. I don't miss the MotoGP."

There are many stories that could be told, like those of his great rivals: Biaggi, Stoner, Lorenzo. Now his relationship with them is much more relaxed.

"Casey and I have reconciled. He often sends me messages from Australia, asks me about the baby. We also saw each other,”  the Doctor revealed. "I also reconciled with Lorenzo. He’s now a friend. He came to the one-hundred kilometer at the Ranch. We danced together that same evening. And I also reconciled with Max."

The Doctor even admitted to overdoing it with the Corsair.

"Also because I was a nobody, and he was number one in Italy, and one of the fastest in the world, and I started to bust his chops. I was a bastard,”  he said smiling. “But now everything has passed. We've gotten come closer. It was a great sports rivalry."