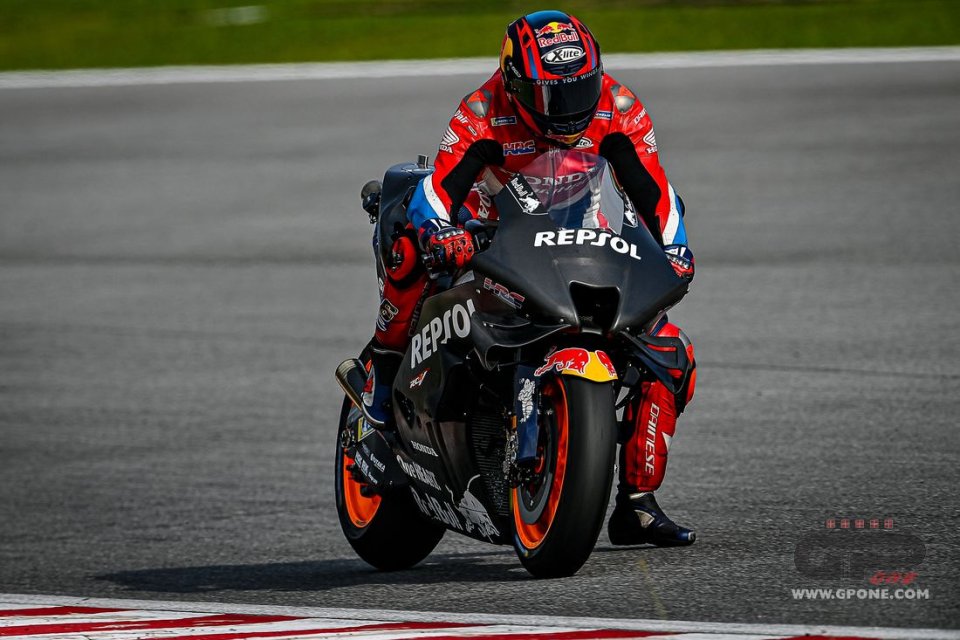 In a few days, Marc Marquez will undergo a new medical exam to assess the evolution of the diplopia that came back to haunt him after his accident during the warm-up in the Indonesian GP. In their official statement, the doctors did not express themselves on how long it’ll take for him to recover, nor about surgery. At the moment, it seems very unlikely that the Spanish champion will be racing again in just over a week in Argentina.

When Marc had the same problem last November after a fall during training with an enduro bike, it took him a couple of months to get back to normal. Now the doctors have stated that the injury is less serious, but it’s difficult to resolve in a few days, also because the trip to Termad de Rio Hondo is long, and the teams and riders will be leaving at the beginning of the week.

At this point, by regulation, Honda could leave his bike at the garage for the Argentine stage, but that might not be very convenient. The RC213V is a completely new project, and it’s not ready yet, so they’ll need data, and every rider is valuable right now.

Marc's replacement would be no one we don’t already know: Stefan Bradl, HRC's tester, who had already been chosen for all of 2020 and for the first races of last year.

Interviewed by colleagues Speedweek, the German rider explained that he hadn’t yet been contacted by Honda: "But after seeing the accident during the warm-up, it occurred to me that I could be called soon. It would be logical. When they’ll call me, I'll be ready.”

Bradl was in 5 races last year: in Qatar to replace Marquez, then three wildcards, the last in Portimão. He worked as a tester in the winter, first in Jerez, then in the shakedown in Sepang, so it wouldn’t be a problem for him to race again.

"Termas de Rio Honda is the easiest track in the calendar. It’s the least physically demanding,”  he explained. “But, a week later, there’s Austin, which is the exact opposite. The track in Argentina would be a good track to warm-up on and enter racing mode, in case I were called."

Surely, he won't be turning off his phone these days, but Stefan hopes that Marquez will return soon.

"He’s irreplaceable for Honda. I feel bad for him, because his situation isn’t an easy one,” he added. “Nobody knows when Marc will be able to ride again. It’s a delicate situation that could be resolved in a few days or in a year. No one has precise information."

The calendar for next year has been set and will be made public today. After Kazakhstan, another country enters the World Championship.
4 hours 27 min ago

Pecco will have to watch out for teammate Jack Miller triumphant in Motegi and eager to score another success, the fourth in his career in the...
23 hours 1 min ago