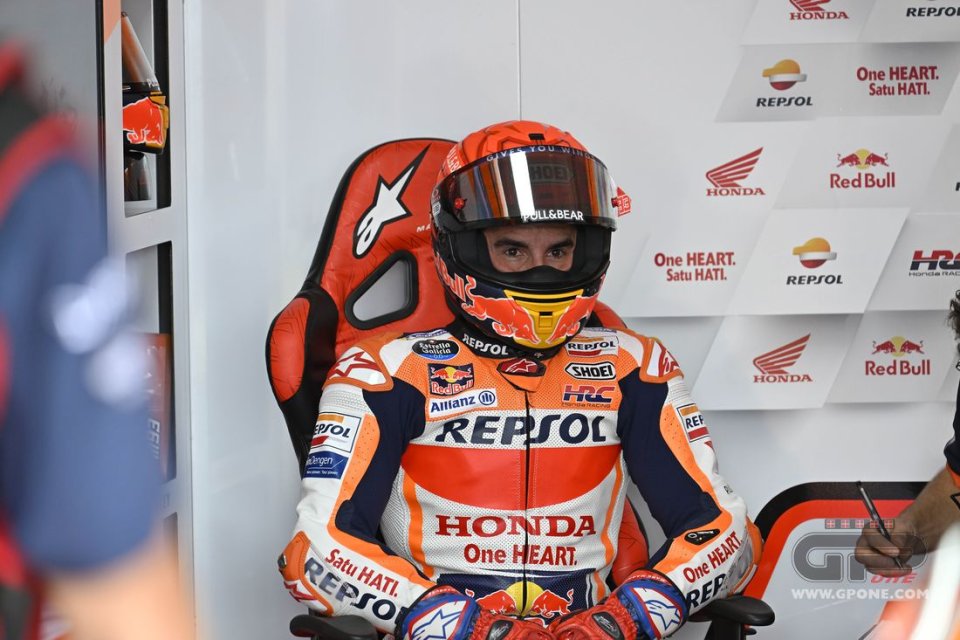 Marc Marquez won’t be racing in Mandalika. After a terrible fall during the warm-up, the doctors at the circuit didn’t give him the thumbs up to get back on his bike. Honda agreed.

Team manager Alberto Puig told Sky: “It was a tough weekend with three falls for Marc. The last one was pretty bad, and he suffered a strong blow to the head. As a preventive measure, It’s best he doesn’t race. We all have the same opinion.”

Marc’s CT scan showed no damage but, after the fall, he was in a state of confusion and was badly bruised, especially his right arm, but his vision is fine. Now he’ll be returning  to Barcelona for additional check-ups.