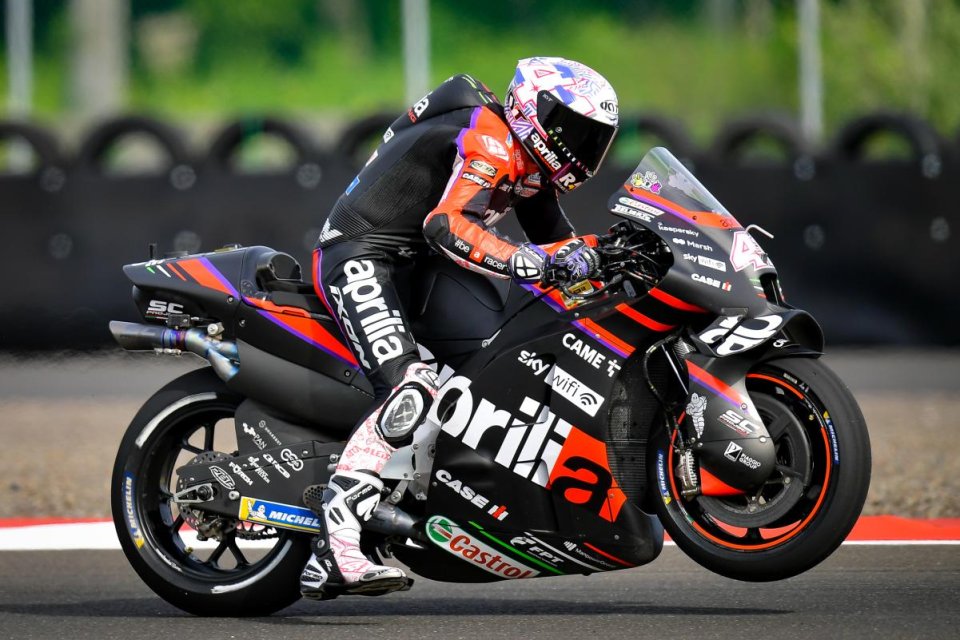 Aleix Espargarò will open the fourth row tomorrow in Mandalika, following a 10th time in qualifying. A bitter session for the Spanish rider, who ended up falling at the climax, so much so that he had to give up battling with the best. The bitterness is evident, because he had the potential to obtain an important result.

"Too bad for the fall. I feel really bad,” Aleix said. “I made a small mistake. I let go of the brakes too early, and I ended up falling. I was doing a great race. At that moment, I was really fast, but I fell. I lost grip, and there was nothing I could do. I don't know if I would’ve ended up with the pole or not, but I would have definitely have come close,” he said  smiling.

Speaking of grip, he then talks about the tire issues.

"The tires brought here by Michelin are really hard, and the asphalt certainly doesn’t help, because it lacks grip. Like I said, I feel bad about  the mistake, but now we have to look at the race. Personally, I want to be confident and I think we can fight for the top five."

With regard to the race, Aleix was pressed on his ambitions.

"It’ll be tough for everyone. That’s survival. Being fast isn’t enough. We’ll have to be resistant from a physical point of view. But, in the end, this is the MotoGP, and it's one of the reasons I love it. In the end, this is our job, we’re paid to train and race."