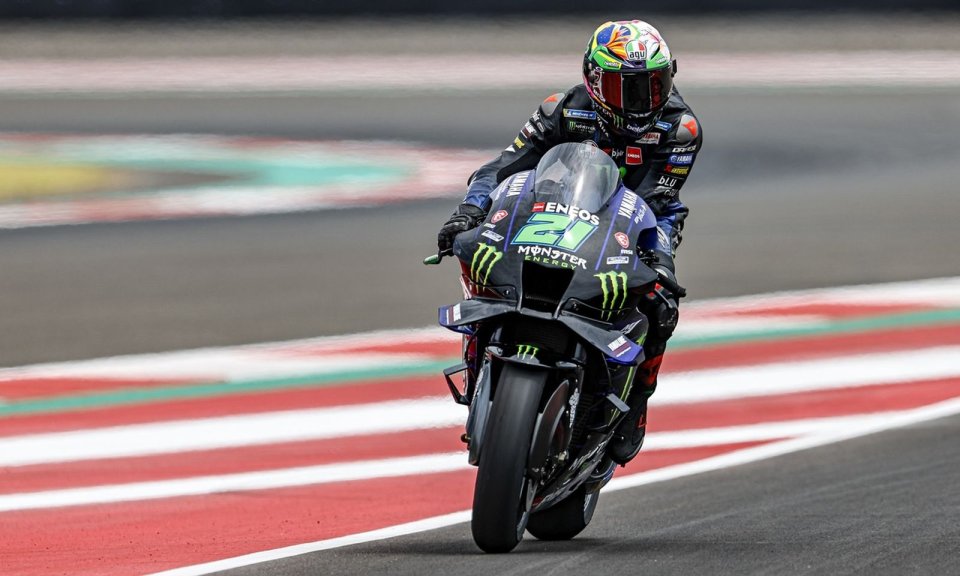 Unquestionably, the biggest disappointment of the inaugural round in Qatar goes by the name of Yamaha. With only one bike in the top-10 (that of reigning champion Fabio Quartararo), the Iwata manufacturer did not repeat the sparkling start of 2021 in which it had managed to monopolize the scene with two consecutive victories. The upcoming weekend, scheduled on the brand-new Mandalika International Circuit, therefore represents a further (decisive?) test. Franco Morbidelli, who was only 11th at the finish line a couple of weeks ago, is convinced of this in order to understand how the 2022 season will pan out.

“In Qatar, Yamaha was undoubtedly the manufacturer most in trouble. I don't know how things will go here in Indonesia, but it is too early to say whether it will be for the whole season or not. I am very confident because, despite the bad start, I had good sensations on the M1, which you can ride really well. Both us and the technicians in Japan are working hard to understand what happened, this makes me calm. We know we are competitive in some conditions, we were competitive in Qatar too, but the pity is that we were not competitive in qualifying and in the race”, the Monster Energy Yamaha rider said.

In the February tests you finished fifth in the combined standings: what do you expect from this weekend based on your current physical condition?

“Given the high ambient temperatures, it won't be a walk in the park for all of us riders. My physical condition improved after the pre-season tests, in fact in Qatar I felt good and I think that here too there will be no problems in this respect. In the previous tests we did a great job, the pace was just as good, so we will use the data collected to try to bring home a positive result,” he continued.

How do you feel psychologically?

"I am calm because this year I have some 'ways out' compared to 2021. I am inside an official team that is always on the ball, while last year I had no say in the matter, almost as if I were in a dark room. Now, however, I am still inside a room, but this time with the windows, I simply have to find a way to open them. I am therefore serene, not too much, but serene in that I can work alongside expert people”, he concluded.