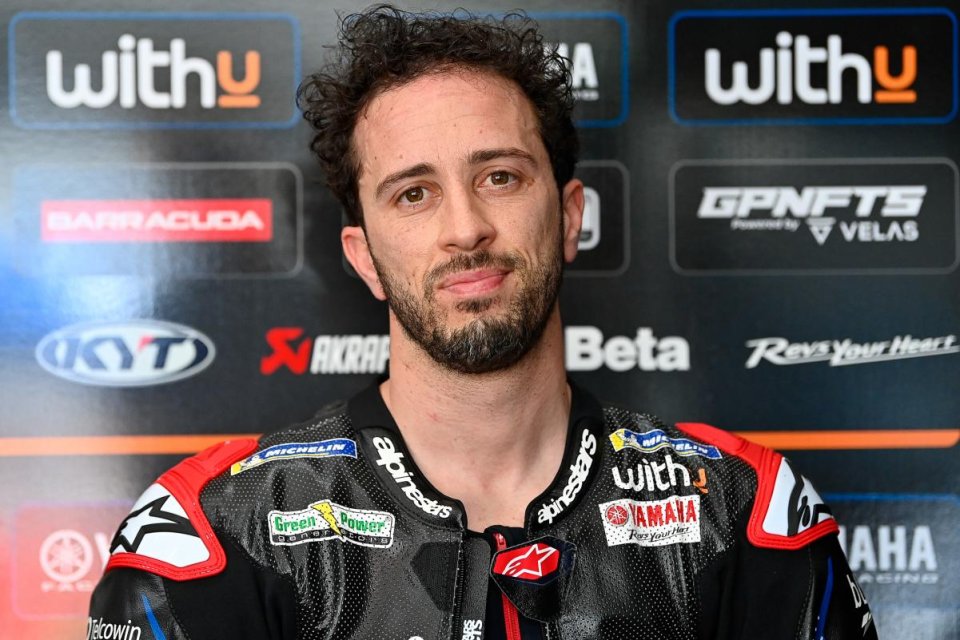 The goal is to make up for the Losail weekend, trying to turn the page and start again. Mandalika is undoubtedly a test with a very high coefficient of difficulty for Andrea Dovizioso, who is also called upon to deal with a Yamaha far from what the initial expectations were.

In fact, time, patience and development will be required, with the hope that the man from Forlì will be able to steer his way out of the current situation.

“Here at Mandalika we did the tests, but it will still be a rather strange situation for all the riders - Dovi said - in fact we will find the new asphalt and I don't know if the bike will be more competitive or not in relation to the grip we will find. In fact, we will have to see what the conditions of the asphalt are like and this will be the most important component. I don't know what to expect, we'll only find out tomorrow, when we get on track in FP1 ”.

The starting point is the difficulties encountered in Losail.

"At the moment I can't talk too much about the current situation. There are several reasons why we weren't competitive in Losail. Personally I have my own idea, but it's still too early to talk about the details. There are a lot of things to say, but this is not the time. I'm disappointed, because as I said on several occasions I don't have the situation under control, in fact I’m not getting the best out of the bike and I think this is clear ”.

Andrea was then pressed on the subject of the development …

“As I said, this is not the time to talk about certain things, even if I have an answer inside me. Honestly, I don't think we can do much with what we have available, even if we can do certain things".

Just think that until a few years ago Andrea was used to the development in Ducati.

“I have already worked with the Japanese, I know them. I know they have a different culture and approach than the Italians. However, I prefer to remain silent, because it is not the time to speak ".

Best to focus on the race weekend then…

“We will only understand the real conditions when we get out on the track and start to lap. However, I am of the opinion that this will be a crazy race for several reasons, but it will be the same situation for all the riders. The temperature is warmer than Malaysia. There will be a lot of aspects to consider, which could affect performance ".

One final consideration was for his friend Alberto Giribuola, who celebrated Bastianini's success in Qatar.

“Enea has the right person by his side. I think the team did a great job in Qatar and he is in the right place right now. Alberto is a super competent person, who knows everything about the Ducati world and how to help a rider to be strong by making the right choices ”.