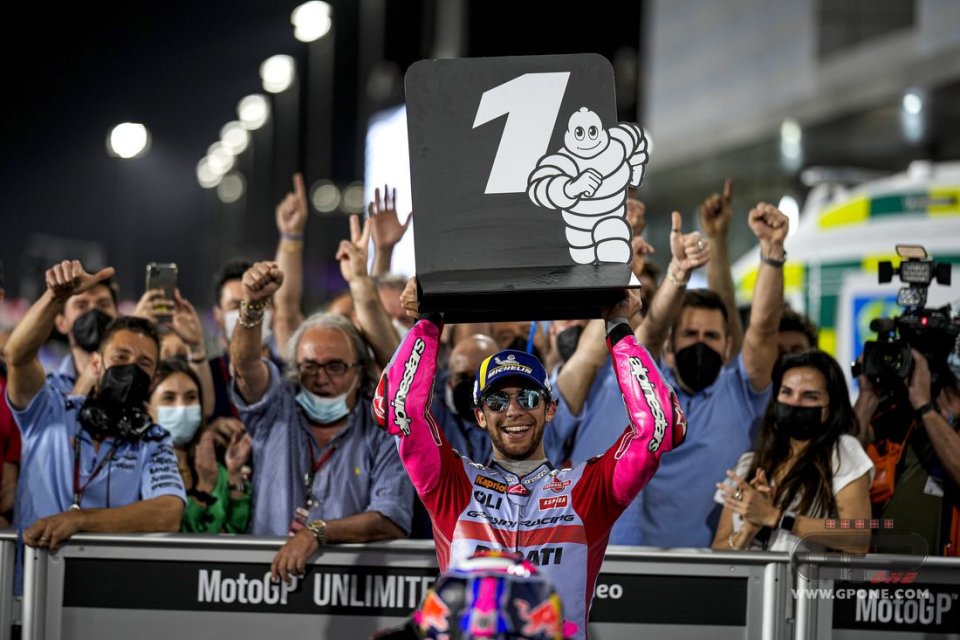 Enea Bastianini’s adventure with the Gresini team couldn’t have started out any better. The Beast from Rimini won his first MotoGP in Qatar, managing the race with intelligence and maturity. While to echo of the celebrations hasn’t yet died down, it's already time to get back on a plane and head to Indonesia.

The World Championship riders will be at Mandalika, on the island of Lombok, this weekend. A track that the top class raced on a few weeks ago during the winter tests.

"I can't wait to get to Indonesia,” Enea said. “We’re come from an incredible race in Qatar where I had my first win. It won’t be easy to repeat, but we definitely progressed in the tests."

Yet, from tests to race weekend, many things can change, also because the circuit was repaved, in order to solve the asphalt problem, which had deteriorated in several areas.

"They supposedly repaved some parts of the track, so I don't know what to expect,”   Bastianini continued. “Even the tires will be different from the tests, but we have to continue working as we’ve done so far. I expect a lot of spectators and many supporters for Gresini Racing. We’re looking forward to it."

On the other hand, his teammate, Fabio Di Giannantonio, will have to continue paying his dues in the MotoGP. He missed the point zone in Losail, but now he’ll be facing a track he’s familiar with.

"We’re going back to a great place where we have a lot of fans. It’s always nice and important to feel the warmth of the people, and I’m sure that’s how it’ll be in Mandalika,”  Diggia said. “I’m going to Indonesia with a little more experience in managing the race, but we’re still in the so-called study phase. We want to learn and we want to do it with the right times. The goal is to always improve a little. We can do that at Mandalika.”