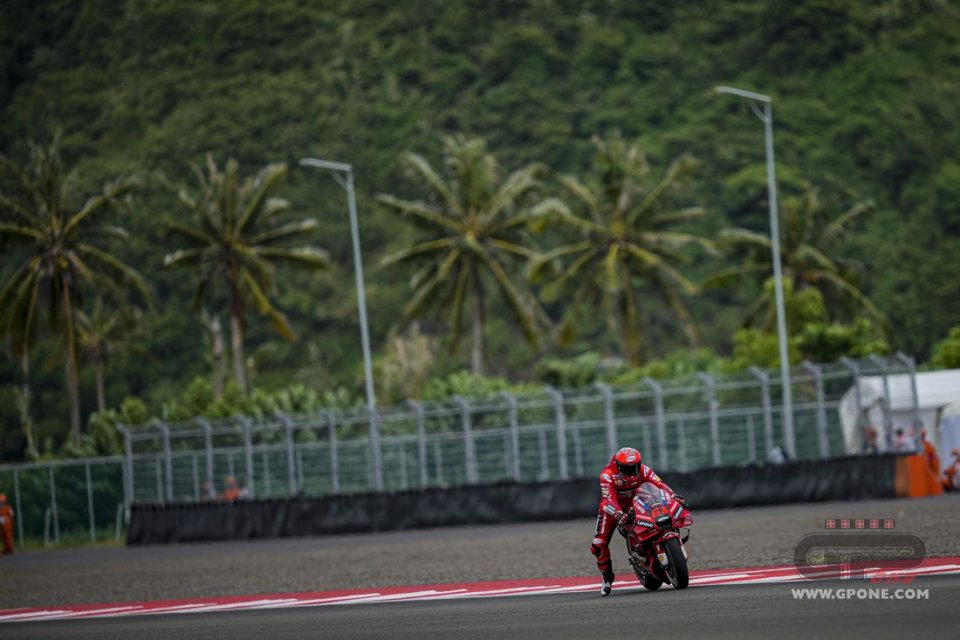 From the desert of Qatar to the beaches of Indonesia, MotoGP continues its world tour and prepares for its first race at the Mandalika circuit. In the tests there were a lot of problems (related to the asphalt) and the riders cannot be completely clear about what awaits them.

The Losail race gave the first indications about form on the track, but the road ahead is still long and there are a lot of questions about this weekend. Let us try to answer some of them.

Have the asphalt problems been solved?

It’s difficult to have an answer before the riders enter the track. The biggest problem in the tests was the asphalt crumbling, with the bikes throwing up stones as they passed. The workers got to work and resurfaced 6 corners, from the last to turn 5, so not the entire track. An intervention of this kind close to the Grand Prix is ​​not the best solution, but the only feasible one, hoping that it will be enough. In the tests the riders also found that the track surface was very dirty, and the circuit owners had promised to intervene to clean it before the race weekend.

Will the tyres be the same as those used in the tests?

No. The three days of testing on an unknown circuit helped Michelin decide which tyres to bring for the GP. As previously announced, the soft tyre used in the tests will be replaced by a harder one, with an intermediate compound between soft and medium.

Who was the fastest in the tests?

Pol Espargarò on the Honda set the best time in 1’31.060, ahead of Fabio Quartararo by just 14 thousandths. Ducati finished the three days in third place thanks to Luca Marini, in turn ahead of Aleix Espargarò (Aprilia), then Morbidelli, Bagnaia, Rins, Vinales, Marquez and Zarco rounding out the top 10. As always in the tests, the gaps were very small, with 21 riders in 8 tenths and a half.

Can Bastianini repeat his Qatar success?

He has every chance. At the start of the season, being able to count on a fully developed bike, such as his Ducati GP21, represents a small advantage, which will quickly disappear. Enea knows he has to take advantage of this moment and at Losail he showed that he has overcome his weak point (the flying lap) while maintaining his strength (tyre management in the race).

How important is this GP for Bagnaia?

A lot, because it will help him to regain confidence in himself and in Ducati after the disastrous weekend in Qatar. The GP22 has great potential but is still not fully developed and confused Pecco, who may decide to take a step back to rebuild a solid base. His outburst after the Losail race (“I'm not here to be a test rider but to win”) was received by the men from Borgo Panigale and certain frictions are resolved in a flash in case of good results.

Will the Yamaha still suffer?

On paper Mandalika should be a good track for the M1, as seen in the tests. The straight is short and there are many technical parts where it can assert itself. The Yamaha, however, needs to start from the front to work well and qualifying could be the key to Quartararo and Morbidelli's race.

Will we still see a wait-and-see Marquez?

A leopard can’t change its spots... Marc comes from a period that would have left its mark on anyone and he treasured that experience. Add to this a Honda that you have to ride in a different way to what he was used to and Marquez is taking his time. He is proceeding step by step, but he is always ready to pounce...