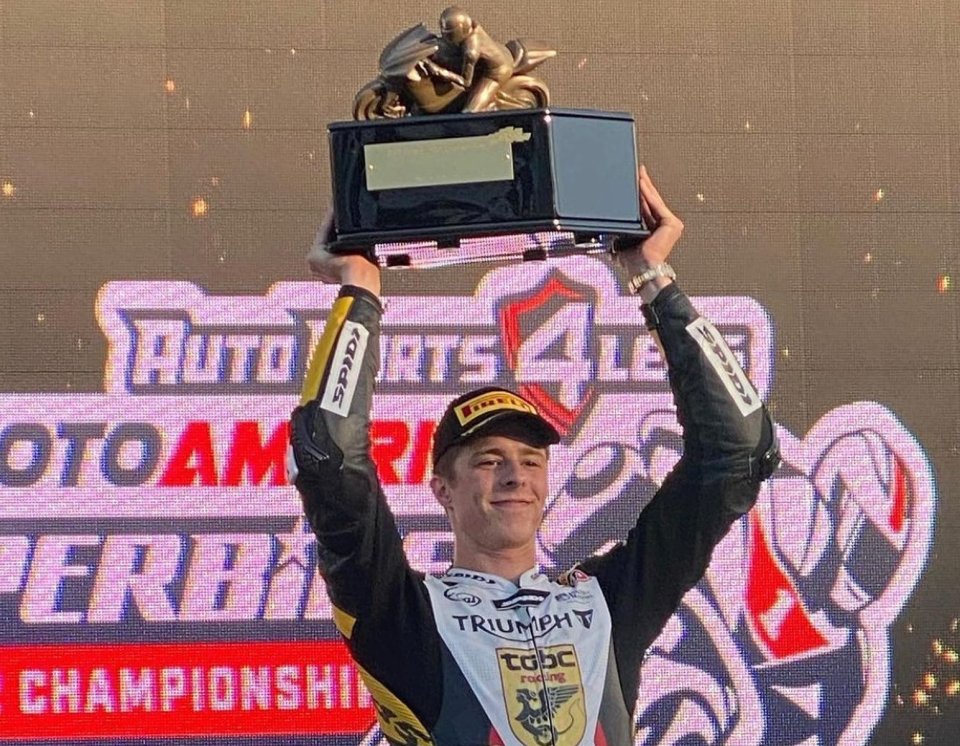 After two postponements caused by bad weather in the American night between Friday and Saturday and a prolonged red flag for a harmless accident in the early stages, the 80th edition of the legendary 200 Miles of Daytona provided the usual thrills and spills and, above all, a heart-pounding finale that kept fans glued to their screens until the chequered flag. In an enthralling last lap with four riders covered by a whisker, Brandon Paasch repeated his 2021 win (then on Yamaha) riding the TOBC Racing Triumph Street Triple 765 RS by just seven thousandths (!!) of a second, from Cameron Petersen, one-off rookie Sheridan Morais and Josh Hayes.

After racing last year in British SuperSport with the Triumph 765, once the possibility of getting into the World Championship had faded away, Brandon Paasch rolled up at the start of the Daytona 200 (this year back on the MotoAmerica calendar) with the clear intention of repeating his winning performance from last year. Although at a certain point a win seemed out of reach, the TOBC Racing man decided to take a risky gamble, when he was the only one of the leading group not to replace the tires in the last pit stop. He then managed to put in a fastest lap of 1'49.959 which allowed him to wipe out the gap from race leader Cameron Petersen (Attack Performance Yamaha).

Triumph for Triumph (and Pirelli)

In pure 200 Miles style, the final outcome could only be decided in a photofinish, at the end of the 50 laps left after the post-red flag restart. Remaining behind the quartet exiting the "Bus Stop" chicane, Paasch then took advantage of the tow from his opponents to edge out Petersen by just seven thousandths of a second on the finish line, with Morais (SYNTAINICS Racing Team) completing the podium in front of the four-time AMA Superbike Champion, Hayes, who put in a sensational comeback on Squid Hunter's Yamaha R6 from the back of the grid due to a technical irregularity in qualifying.

The winning trio were all on Pirelli tires as Daytona is virtually a wildcard entry in the MotoAmerica Supersport calendar where the Dunlop single tire is in force.

While Triumph can celebrate a return to success at the Daytona 200 eight years after the last time and Paasch his second win, Ducati once again had to deal with a dose of bad luck and even a pinch of malice. Constantly in the leading group at the start, poleman Josh Herrin (Warhorse HSBK Racing) ran out of fuel a few meters from the pit lane entrance while he was about to make his first pit stop, nullifying everything he had done up to that moment, thus confirming the Daytona ‘jinx’ for the Borgo Panigale manufacturer. A meagre consolation of 10th place after a great comeback is an injection of confidence however for the team as it faces up to the 2022 MotoAmerica SuperSport season with ambitious intentions, with the 2013 AMA Superbike Champion Herrin. 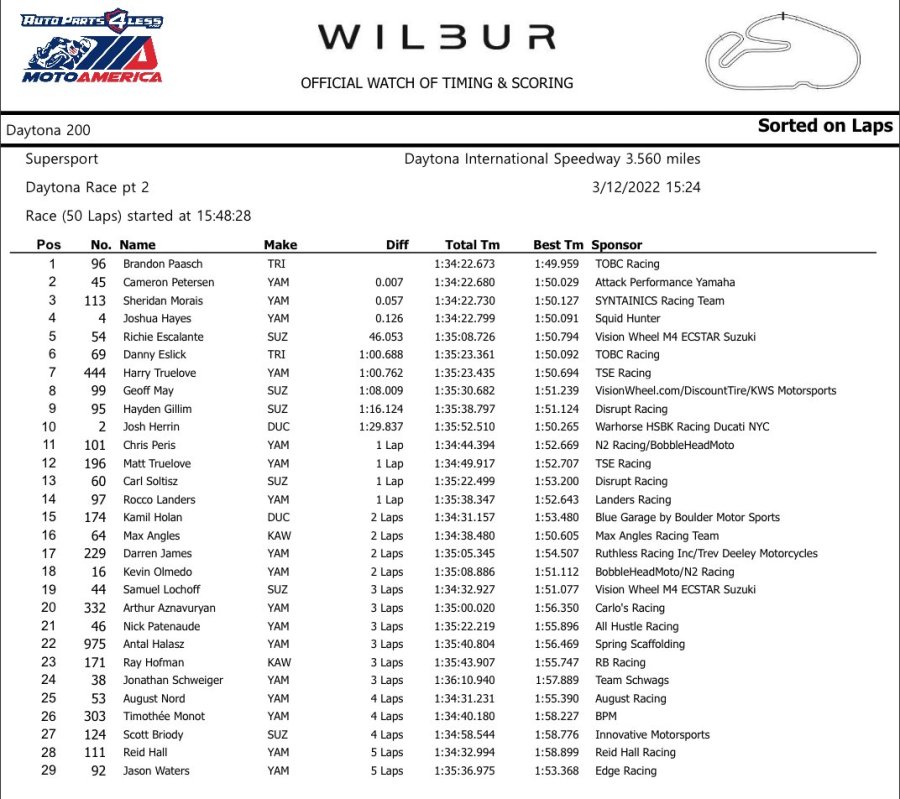