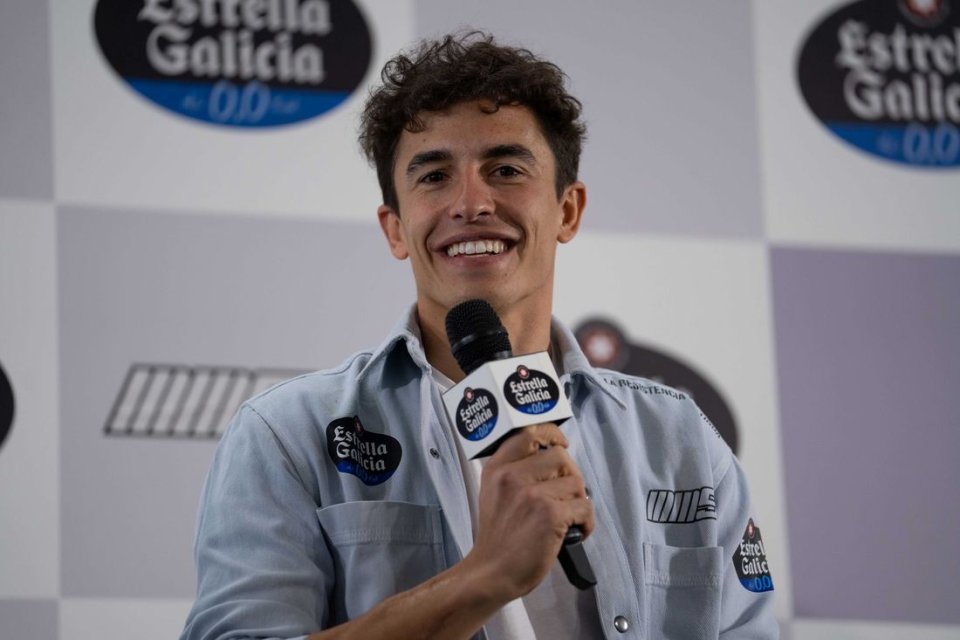 Back home after the first race of the year in Qatar, which he finished in 5th place, Marc Marquez was the protagonist of a meeting with journalists organized by his sponsor Estrella Galicia. An opportunity to take stock after this season's inaugural event and before leaving next week for Mandalika.

"As we saw in Qatar, consistency will be very important - explained the Honda rider, as reported by Marca - I finished 5th and I always want more, until you win you don't stop".

Marc started with the aim of becoming world champion again, if he succeeded, he would reach nine titles.

"I don’t face the challenge thinking that it will be the ninth title, but instead a new title, which I would win again - he explained - The world won’t end this year but, if I can, I would like to win this season. I don't hide what I want to achieve. In all sports there are generational changes, there are riders I know more, like Pol, and others less so, like Bastianini. Those who started as favourites in Qatar didn't even finish in the top five. The goal is to get points in every race to be ready ”.

Marquez knows he doesn't have to do things in a hurry after everything he's been through.

"Last year I came back at Portimao and I wasn't even in the top 10, then I ended up winning two races in a row - he recalled - It changes a lot in a year, that's why you have to be patient. I still don't have the right feeling with the bike, I’m not yet in that special condition to win a race. We have to take points and we will see how far patience will take us. It all depends on the approach with which you face the weekend. In Qatar I had a conservative strategy, with a good race I could have been third or second, but my pace was fifth. It is better to have 11 points than to crash, that's why I chose the soft tyre, it gave me more chances to finish the race. It's not enough to do every race like in Qatar, you can't go like this throughout the championship, you have to win the races. In Qatar I had a few scary moments, you have to take risks. In MotoGP, now, if you are conservative, you finish tenth, if you take some risks, fifth. When I get on the plane for Indonesia, I will think about winning ”.

And also to get to know the new Honda better…

"At the moment it’s all new - he explained - The bike has potential, otherwise you won't start from the front row. I have to bring it to my ground. In Qatar I did what can be defined as my first race simulation, 22 laps in a row, in tests I hadn't done more than 10. For Indonesia we saw the road to take, there will be no new parts, but we will look for the direction to follow. Doing it before the first race was like shooting blind. It's a more predictable bike in terms of what the front can do, it gives you more warning, but it’s less effective in this area than I am. Crashes come if you take risks, a docile, easy and fast bike is hard to find. "

Marquez also commented on the podium of his teammate Espargarò.

"I have always had strong teammates in Honda. Dani Pedrosa, Jorge Lorenzo or my brother Alex, with whom I have not raced very often, but who ended up on the podium - he said - Honda always wants two strong riders. With Pedrosa and Lorenzo I was at my best, now I'm recovering. Pol has adapted well, he's fast. Okay, a healthy rivalry in the garage allows you to keep growing. With Pedrosa we fought for the world championship, Lorenzo had been signed to fight for the title, but, due to his condition, he couldn't. Alex was a rookie and replaced Jorge. You couldn't ask for more. Pol came to win the world championship and of course I see him fighting to do it " .