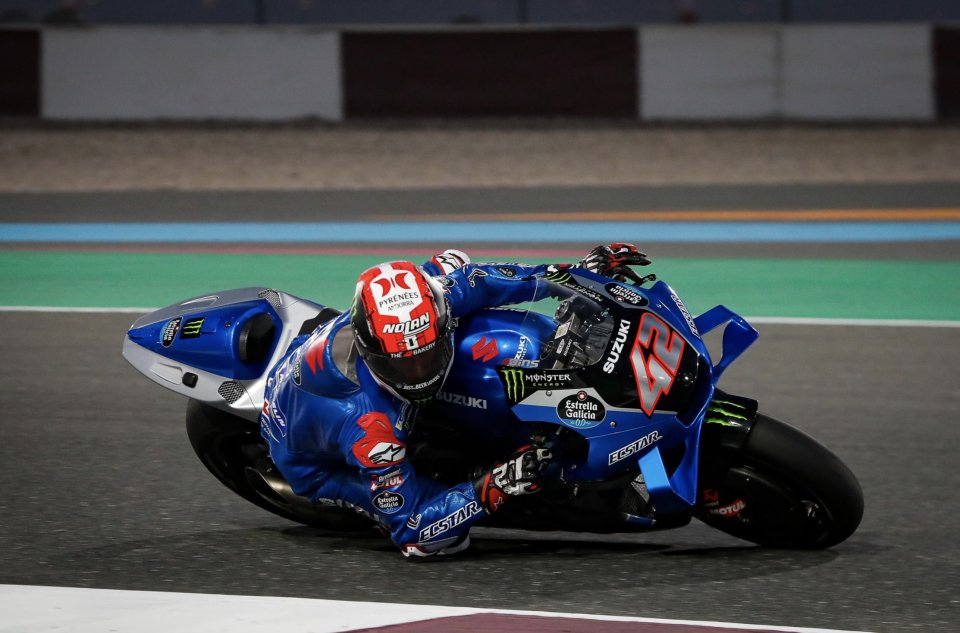 From the enthusiasm of Friday to the harsh truth of Saturday. The mood of the Suzuki riders changed quite suddenly in the space of 24 hours. After a day as protagonists, with the best data on the maximum speed and first and third time in the combined standings, Mir and Rins came up against the harsh reality, finishing qualifying in eighth and tenth position.

"I am not happy with the result obtained today - said Rins who yesterday, as mentioned, was leading the field - I expected a little bit more, but we are really close and it’s like this. Then, for sure, we have a couple of tenths that we can improve, on the straight you probably gain a little bit more with the slipstream. But we are not that bad I think.”

What has changed from yesterday?

"The feelings are more or less the same, today there was more sand on the track but except for the qualifying the day didn't go badly. In FP3 I made some exits showing a good pace with used tyres and in FP4 I worked on new things and for this reason my pace was shit ”.

What about the tyres? Maybe the new tyre is still your problem?

“Yesterday with the tyres I had different feelings, it is as if it was difficult to have the same performance with different tyres but with the same compound. Sometimes, there is even half a second of difference. In qualifying it is as if the extra grip there should be is missing, when I get on the bike it starts to slide a little early and this compromises the exit. "

Tomorrow you will start from the fourth row, what can be done?

“I'm calm and ready to race, we'll see what I can do but I've already recovered from those positions. I did well with the soft, it is an option for tomorrow's race but we have to analyse the tyre wear”.

Mir: "I can win. I have the right pace to compete with the best" 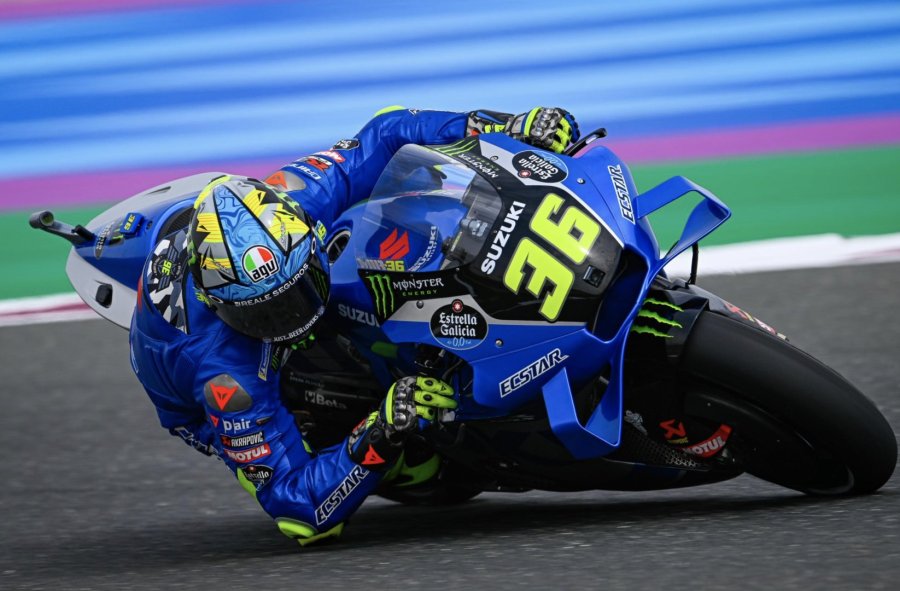 Two positions ahead of Rins can be found Joan Mir who over the years has accustomed us to some great comebacks from the mid-field and who will try to attack right from the start.

"Tomorrow the goal is to fight for the win - he said - I have the right pace to compete with the best, who won’t be a few. In the fight for the 25 points I definitely see Marquez, Quartararo and Martin. Starting from eighth is not the best, but I have a better engine than last year and I will be able to defend myself. "

Are you happy after this qualifying session?

“I have to be because I'm faster than last year. In any case, I expected something more. Today being out on my own was a mistake, in fact all those who did not get a tow are in the last positions. I’ve learned the lesson. In the end, however, I was only missing 3 tenths of a second for pole ".

Miller said he was surprised at the Suzuki's speed.

"I'm glad he noticed but it's not so much the engine as the lowering device. We'll see if I can also fight with Jack tomorrow ”.

Do you already have an idea of ​​which tyres to use in the race tomorrow?

“I have a good pace with both the soft and the medium, I can choose. We will analyse the wear and the drop in the soft tyre by comparing it with the data of last year’s medium ".