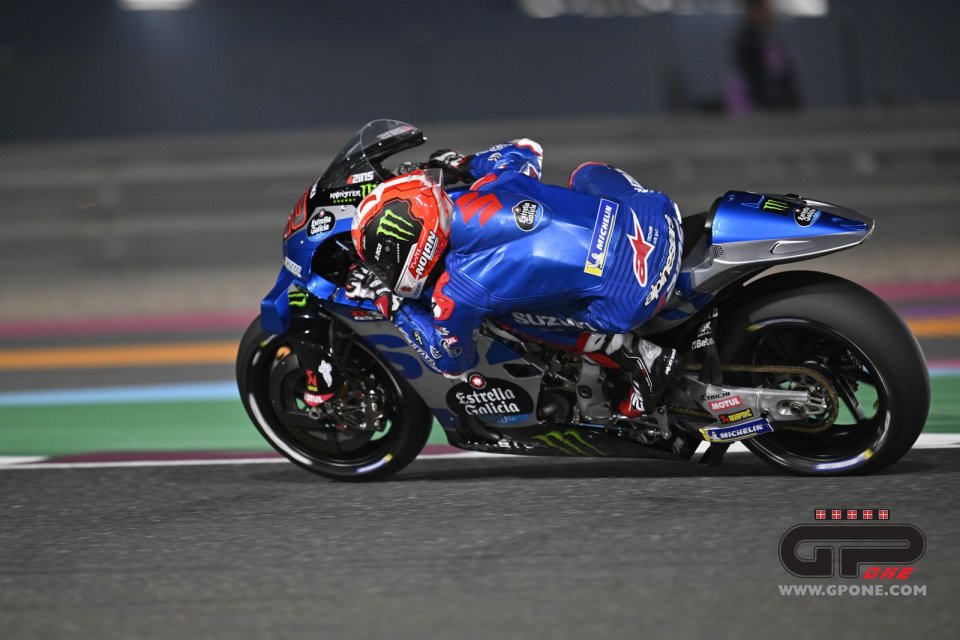 The first day of free practice on the Losail track certainly rewarded Livio Suppo's Suzuki which amazed everyone in terms of times and top speed on a track that in the past had never been particularly well-adapted to its characteristics. Rins and Mir finished first and third respectively and the lap times and race pace of the new GSX-RR are certainly a good omen for Saturday and Sunday.

"Today we did a good job - said Alex Rins, the best in class on this first day of 2022 - In my last exit I was improving my time even more but then I found traffic on the track. In general, everything went well, Suzuki must be happy with the work done on the engine, but we can still improve”.

The same feelings also for Joan Mir who at the end of FP2 did not seem totally happy with his performance.

“I think that always I ask more and I want more and this is part of my character always - he said in the press room - After seeing the times, I smiled. The bike has certainly improved in terms of engine, especially compared to the one without a lowering device”.

The lowering device is in fact one of the new features brought to the track by Suzuki which comes into line with the rest of the manufacturers by implementing the famous and much talked about "device".

"Last year here in Qatar we suffered a lot in speed and acceleration - continued Mir - and one of the causes was the absence of the lowering device. Now we are certainly more competitive thanks to this and to the work we did during last season on set-ups and on the flying lap with soft tyres. Once the lowering device has been implemented, there is no point in going back, we have to continue improving it because it is not completely ready, we are going down a bit too much compared with Ducati, KTM and Aprilia. "

The result of the new lowering device and, as pointed out by the riders, of the new updated engine, is the top speed of the Suzuki which in the morning was the fastest bike of them all.

“Simply spectacular - said Rins - it had never happened to me. As a rider I always want to improve things, now we are pushing hard on aerodynamics and compared to 2021 the lowering device will help us to relax a bit on the straight. Before, we always had to watch out for the rider who would overtake us, now that we are strong we might be a little calmer ". 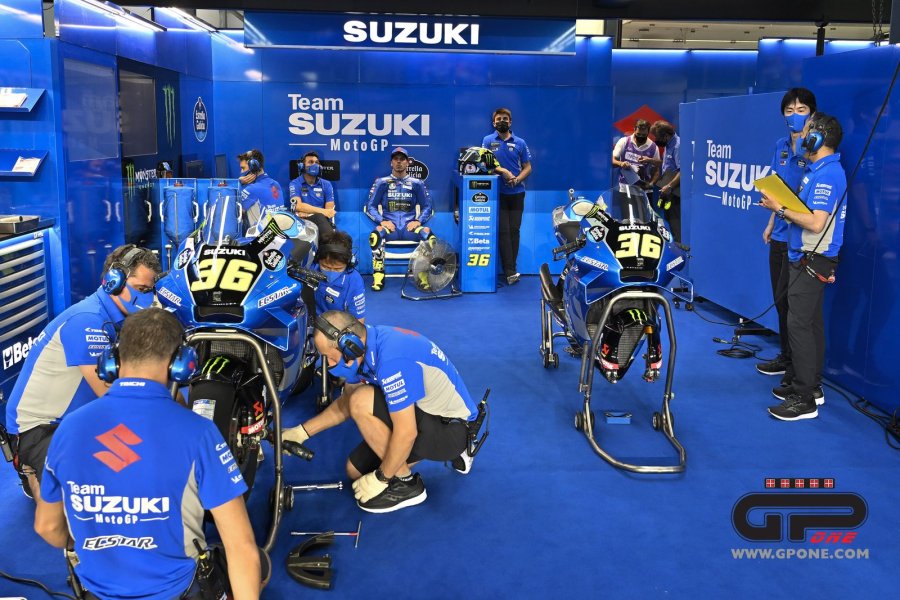 The speed of the Suzukis today beat the Ducatis, at least in FP1. At Hamamatsu are they thinking of becoming like in Borgo Panigale?

"Maybe it's a bit too much to say this - Mir added laughing - We've improved but Ducati is still something else."

Does the new engine and new chassis change the way you ride in some way?

“Honestly no - said Rins - I don't feel different and this is good because the bike turns in the same way. We also see this in the data because the engine revs are more or less the same. I don't know the new chassis very well yet, in FP2 I did some comparisons but I still don't know which is the best. On some tracks I feel better cornering with one chassis and on others it's the opposite. Now we have tested it on different tracks and we have different opinions. We need more kilometres”.

Everyone is happy basically about the new engine and the new chassis which however, does not seem to be so different from the previous one.

“I'm really happy - said Mir - in Suzuki they know how to make an engine. On the chassis I can say that they are quite similar, it is just a matter of deciding which one to use. They are both good, and I will continue to try them to find out which one to use "

An important moment for Suzuki will certainly be qualifying, which has always been a bit difficult for Joan Mir and Alex Rins.

"If we are able to fight for pole as in the last races of 2021, I will be happy because it means that we have made the right steps - said the 2020 world champion - My riding style and the characteristics of the bike allow me to compete. better if I qualify in front ".

"I did a good free practice today but tomorrow will be an important day and my goal is to finish in the first or second row," said Rins.

Alex also added his idea about the favourites for the race and the difficulties Ducati had on this first day of 2022.

“It's only the first day, in FP1 they suffered and Pecco crashed right in front of me. If I have to indicate the riders who will fight for the victory, I would definitely say the Ducati riders”.

Formula 1 came to the Losail circuit in the winter, has the track changed in any way?

“There are some different bumps, but the track is clean these days, last year it wasn't”.

Audio compiled by Matteo Aglio and Paolo Scalera in Losail