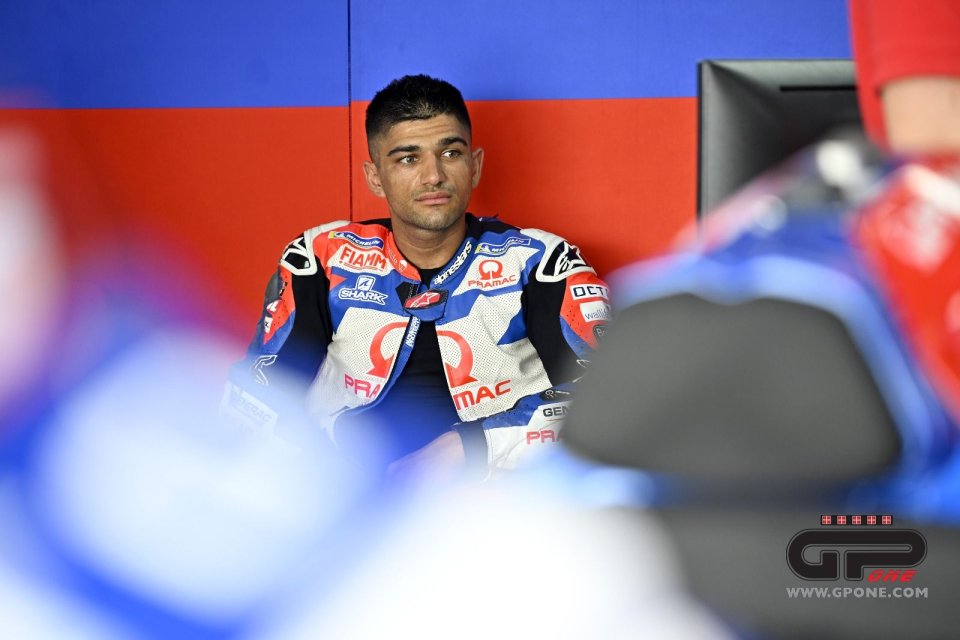 They’ve turned on the lights in Qatar, and the MotoGP is ready to make its debut on the Losail circuit this season. Eeryone will be watching the battle at the  top with Bagnaia, Quartararo, and the variable, Marquez, who are the riders being bet on to compete for the World Championship … but beware of surprises. Someone who can definitely end up being a surprise is Jorge Martin, who had a great debut with Ducati in 2021 and who can’t wait to get on the official team for 2022.

"I'm faster, and I have more experience than I did in 2021,”  Jorge said. “I also feel more constant.  My goal is to fight for the podium in every race. Last year was my first time in the MotoGP, and I was always fast. I feel strong and ready for the season."

The season will be really long. How will you approach the new year?

"The sensations are good. I want to start on the right foot, and I have the foundation to do it. The goal could also be a victory this weekend, but I’ll certainly aim for good times and also the podium."

Experience teaches us that you can win world championships even without being successful in many races. Did you do the math?

“I didn't do the math, because I don't feel like a candidate for the title this year. My goal is to win three or four races during the season and, after my debuting season, I think I can do it on several circuits."

With such a high level in the category, winning 3 or 4 races seems to be a bold goal. Do you think that's possible?

"It's hard to say. Last year I always had a good  pace and,when it wasn't, it was because I had some problems. The level of the MotoGP is really high, and there are five or six riders who are always ahead. It won't be easy, but I'm here to fight."

The GP22 is different from last year's bike in terms of sensations. Is it more difficult?

"The main difference is also in the engine, because it delivers power differently. I still have to understand it better, and we have to work on it well. I have to race on this bike. I feel a bit more uncomfortable than last year's bike, but the potential is high.”

From a physical point of view, with all these electronics, is yours a body suitable for the MotoGP?

“This is the way I am.  I’d like to be taller in some circumstances. I feel strong enough to battle it out with this body.”