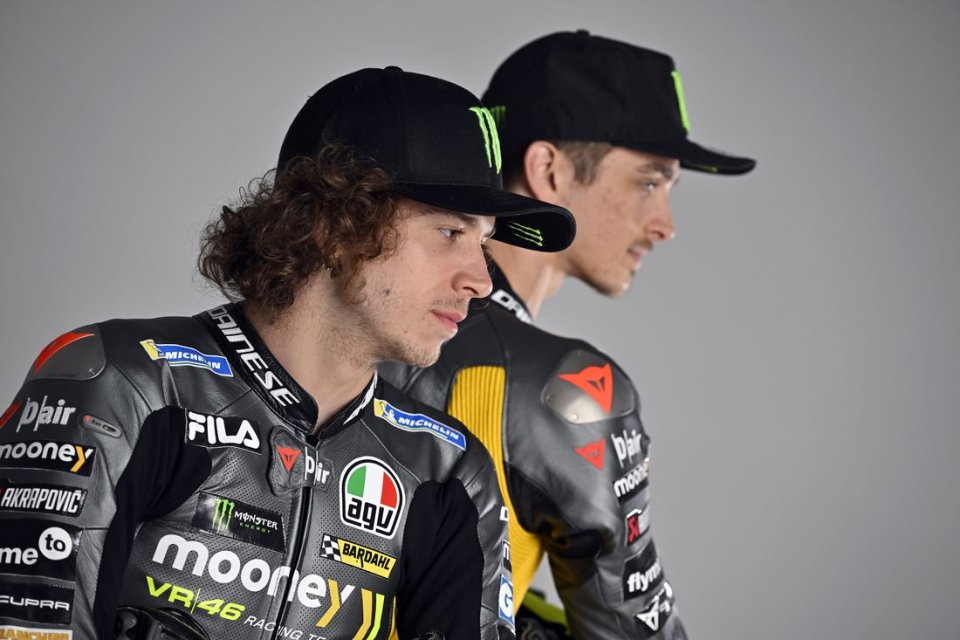 Adrenaline skyrocketing and a lot of optimism at Mooney VR46 in view of the start of the 2022 MotoGP season. Luca Marini is ready to start his first MotoGP season without the encumbrance of the "little brother" label and with the need to demonstrate his worth. The 24 year old does not hide his happiness for the start of the season and the impatience to get back on track after a year that he himself does not hesitate to define as "difficult" but which has made him grow. “I can’t forget that I am living a dream racing in MotoGP, I have a great bike and a great team and I am convinced that this year I can enjoy it and have fun. Of course I also want to show my talent, potential and the speed I have. It would be even cooler”.

And to do this, Marini draws on the wealth of experience from last season: "Last year I discovered the importance of details and I want to put them together to show what I can do because now I have a very good package". And the feeling has not only grown with the environment and the work that is required of a MotoGP rider, but also with the Ducati: "I have a bike that I like much more, it's awesome and it's virtually impossible to find a weak point. We have to work as always, development never stops and we must always continue development, as others do to always be at the top. With this bike I am more able to fit into my style: while last year there was a constant adaptation to the bike, this year I bring the improvements of last season but the bike meets me half-way and so I manage to be natural while riding and be more carefree. So I have more experience and a bike that rides better: I think it's a great combination ".

Such optimism is not even affected by the decision of the race direction to bring the race forward to 18:00 (local time) on Sunday: "In March we always start earlier and I find it is a good idea since later on there is a risk that the temperatures will drop and fatigue arrives especially on the front tyre. We will have the sun in our faces at the start, but I always like to ride with the darkest visor possible, even at night ”.

At Mooney VR46, the spotlight is also on Marco Bezzecchi, making his MotoGP debut with Ducati. On the part of the man from Romagna, there is no lack of curiosity for the start of the new adventure in the top class. “For the moment I am not agitated - he commented - today we have so many commitments, that you have little time to think. However, we see that it is a special moment because you have so many things to do and sort out, in fact tonight I will finish very late. Apart from that, however, I am delighted to be here ".

Marco was then asked if Rossi has made himself heard in the last few hours. "Valentino wanted to know the impossible - he joked - he wanted to know everything; in fact he wrote to me yesterday as well. We talked about the tests, both with him and with the other guys from the Academy. Even though he's not here in Qatar, it's as if he were since he told me not to create any problems about writing to him ”.

Attention then shifted to the track: "My balance is positive. The goal was to always improve, without stalling even for one day, because the risk would have been to be already at the limit. I think the most important step forward I made in the IRTA tests, while in Mandalika I worked with a view to the race, as well as on the flying lap. In the end, tests are always tests, because races are another thing. "

Finally, a balance sheet. "At the moment I'm at 50%, I really miss describing the electronics. This is something quite new for me, which I’m struggling to explain. Fortunately, with my data technician and the work group I have an important contribution ”.