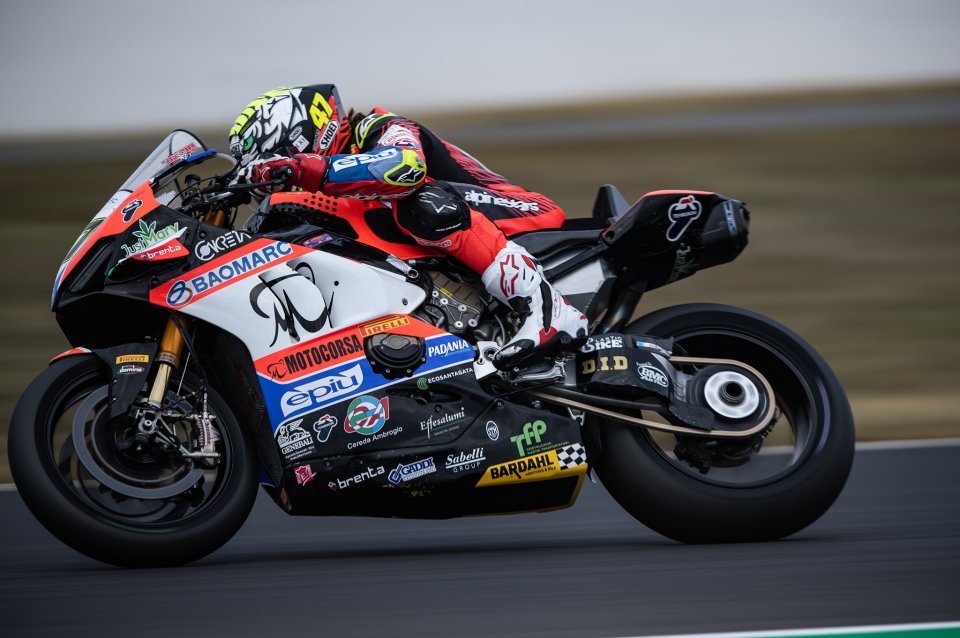 Axel Bassani's 2022 season started on Saturday in Vallelunga. The team led by Lorenzo Mauri decided to carry out a three-day test on the Roman track in order to sharpen their weapons in view of the start of the World Championship.

It was too bad that the weather conditions, with wind and cold, were complicating their plans. So Bassani ended up waiting in the garage most of the time, except for some quick rides on the Red.

They’re hoping for an improvement in the weather conditions on Monday, which is the last day of testing available. After Vallelunga, the Motocorsa team will be back on the track on March 16th and 17th in Misano.