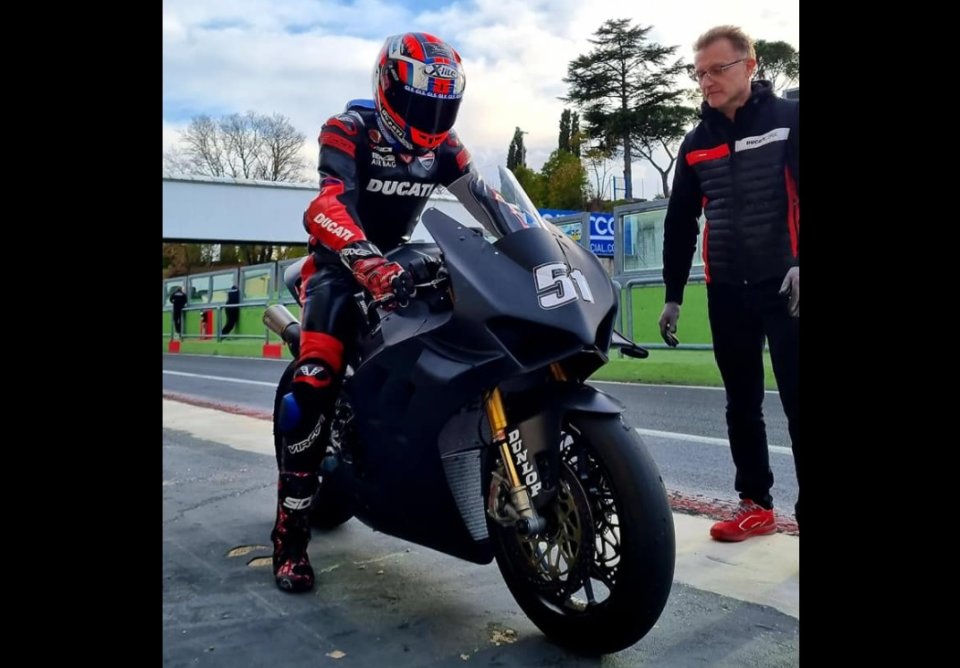 Vallelunga is Red, thanks to all of the Ducatis that have been on the track for the winter tests these past few days, representing the Borgo Panigale constructor, and Michele Pirro was one of them. The test rider from Puglia is busy with the V4 in view of the 2022 CIV season.

And, starting today, Axel Bassani was also present. This will be the Motocorsa rider’s first actual encounter with the Superbike as he waits to go to Misano March 16th to 17th, where we’ll also get to see Aruba. There was also Federico Caricasulo in action with the Panigale V2 of the Althea team, which is  led by Genesio Bevilacqua who, as we all know, is back in the World Championship starting with the new SuperSport.

Lastly, along with the Ducatis on the track, there were Niccolò Canepa, Randy Krummenacher, and also Alessandro Delbianco on the Nuova M2 Racing’s Aprilia RSV4.