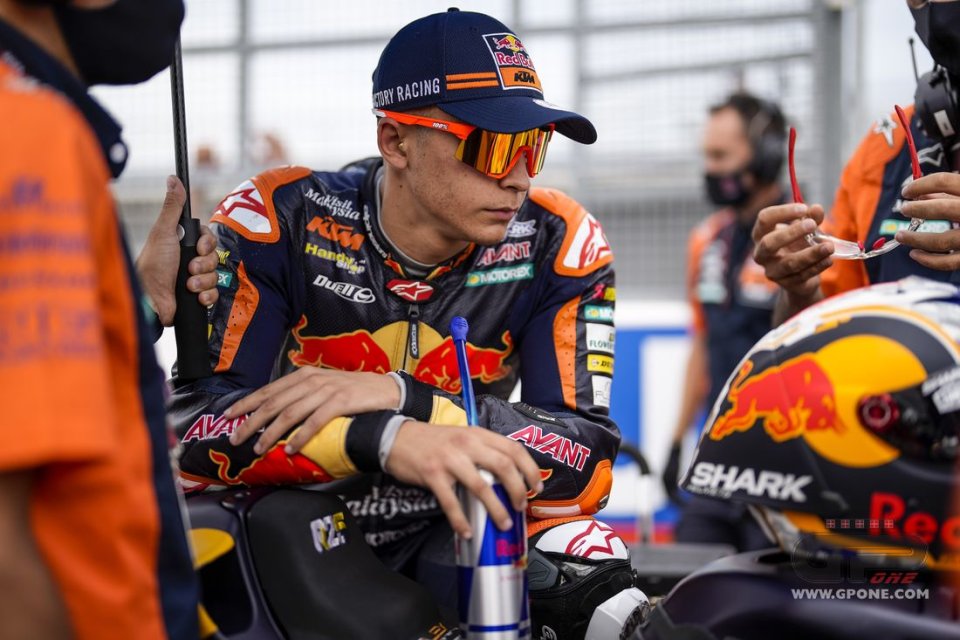 Pit Bearer, director of sports activities at KTM, was a former motocross rider and knows what pressure means when racing in a World Championship. He was recently interviewed by Crash, during which he minimized the tension created in 2021 when Raul Fernandez tried to rescind from the contract that bound him to the Mattighofen manufacturer, in order to accept Yamaha's offer.

“We put our hearts on the table for our riders and do everything we can to make them happy,” Beirer said. “We talked a lot with Raul. It’s difficult for young people now to have a normal development. Every time they take off their helmet, there’s a camera, there’s a microphone, there are a lot of people asking them questions and, when they say something, that becomes a headline. Raul is such a nice guy, but he's very emotional, very hot-headed, and it's our job to convince him that the best place to be is where he is now, with us."

Fernandez is considered a very promising young man by all the constructors in the MotoGP, and there’s a rumor that talks with Yamaha have only been put on hold but could resume, given that almost all the official riders' contracts expire at the end of the year.

Part of Raul Fernandez's alleged conflict could, however, be attributed to when he went up against his teammate, Remy Gardner, who eventually won the Moto2 World Championship.

“I can confirm that the relationship is good, because we were all seated around the same table during the winter in Austria, all four riders and the team managers, so I think there will be no point of discussion. Of course, only one wins the championship so, in the end, one was super happy and the other wasn't. That’s obvious. And  the two will have the same goal this year too, that of being the best."

Gardner and Fernandez will be two of the rookies to keep an eye on next weekend for the opening Grand Prix race of the World Championship in Losail, Qatar.

Remy Gardner: "Dad's 500? They were fast bikes, but the MotoGP has 100 hp more!"
Raul Fernandez: "My reference? Fabio Quartararo, he too didn’t win the title in the Moto2"