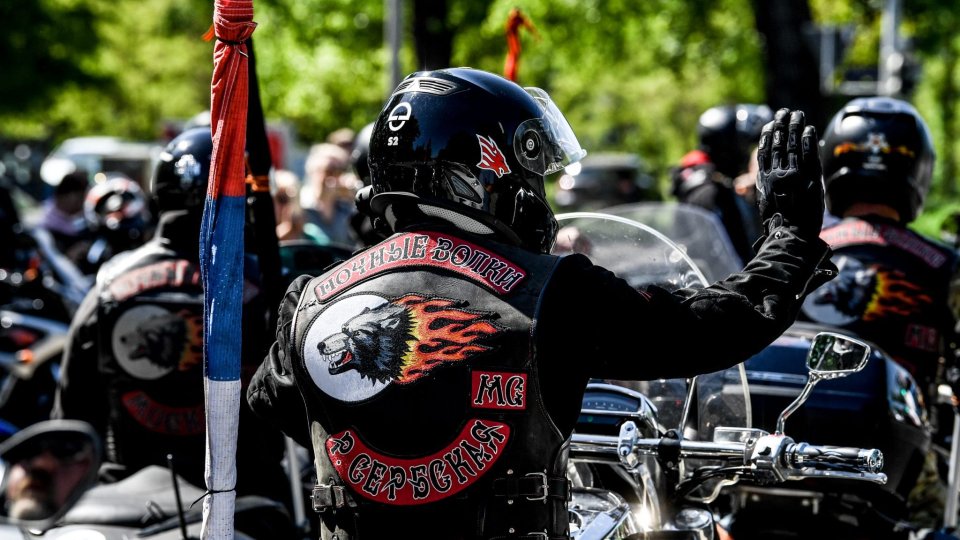 On a day that brings the fear of war upon Europe – something that has not occurred for over 70 years – propaganda news mixes withthe current events related to the Russian invasion of Ukraine, in the Donbass. Like what happened in 2014 with Crimea, a large group of motorcyclists, the Night Wolves, seem to be again fueling a strategy of tension and propaganda in favor of Vladimir Putin.

This motorcycle club, similar in aesthetics and organization to American MCs, was founded in the 1980s by a former Russian soldier, Alexander Zaldostanov and has managed to carve out a prominent role in the Tsar's entourage over the years. In fact Putin has often been photographed on a motorcycle during the nationalist Night Wolves rallies and has repeatedly called them "friends". The Russian bikers reciprocate their affection through actions similar to a paramilitary body. In 2014, for example, they attacked a headquarters of the Ukrainian navy in Crimea and organized patrols throughout the region. Many then played the role of contractors in the hottest stages  of the occupation. Their motto is "Pray to God and stay faithful to Russia" and, in their chapters, namely the club’s territorial offices, military and guerrilla fighting techniques are taught. Lately, the organization has been expanding towards neighboring countries, especially those that are part to the NATO.

In 2018, the international press had already turned the spotlight on the Night Wolves and their attempts to destabilize NATO countries. Today, the alarm is more relevant than ever. As reported by the newspaper, Balkan Inshigh, last Thursday in Montenegro, the local chapter of the motorcycle club pressured institutions into cancelling a demonstration in solidarity of the Ukrainian population, threatening clashes and reprisals and triggering an actual diplomatic incident between the Russian and Ukrainian embassies, as well as the US embassy in Montenegro. If the 2014 scenario were to repeat itself, this would only be the first move in an escalation of conflict that would unfortunately involve these so-called motorcyclists in the theater of war.