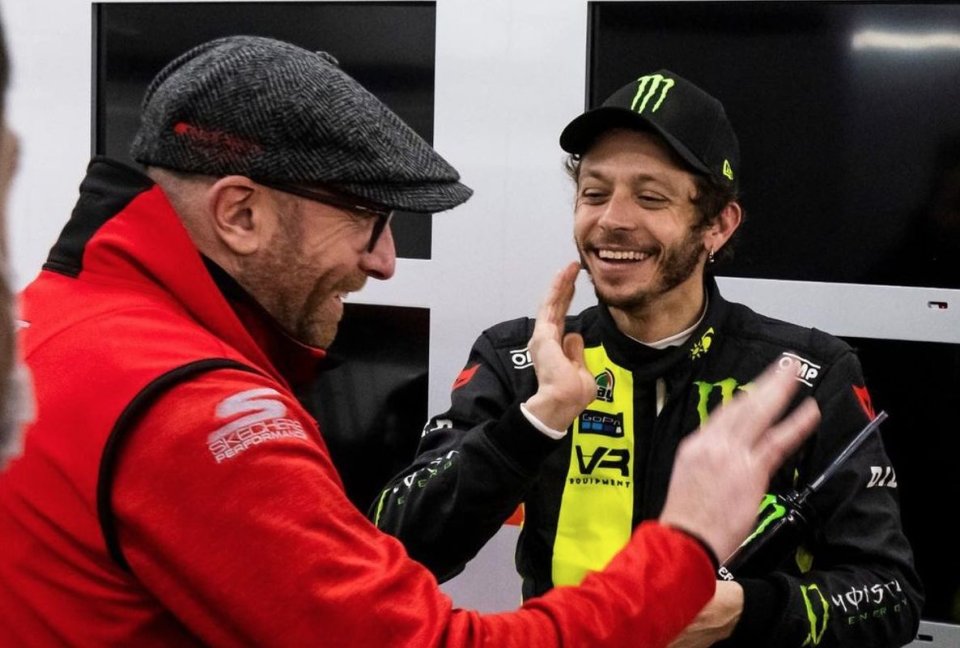 Valentino Rossi got into the Audi R8 GT3 at Magny Cours, the car he’ll be driving this season in the GT World Challenge, but instead of being welcomed by a warm sun, he was met by particularly low temperatures and rain. Not exactly the best conditions for a test on an almost unprecedented car for the driver from Tavullia, but he was was certainly not discouraged.

WRT team manager Vincent Vosse spoke about this test to colleagues at Motorsport.com and how much Valentino was able to positively impress them. That Rossi is an excellent driver even on four wheels has never been a secret, but now that his career is totally focused on cars, expectations have naturally risen, also because it was Valentino himself who stressed several times that, for having fun while racing, he needs the adrenaline that you only feel when you fight at the top. The premises look good and the hunger for that kind of adrenaline seems destined to be appeased.

"Valentino was very good in wet conditions,” Vosse commented. “He felt the level of grip on the track in an entirely natural manner. I was impressed, but not overwhelmed, because we know how naturally talented he is. There will be other test days, between six and ten, and it will all depend on how our work program proceeds."

Rossi should be back on the track for two tests days on March 7th at the Paul Ricard.

"Everything is going well. The Magny-Cours test went well. We’re setting one goal after another for ourselves. The first is to get Valentino up and  racing and then make sure he’s ready for the start of the season. The third is to get on the podium, and then anything beyond that will be a bonus."

Rossi will share his Audi with another factory driver for sprint races and a third for Endurance. The identity of these two drivers has not yet been confirmed.

"Valentino will have a teammate with him for all ten races ,” Vosse explained. “And another will join them for the five endurance events."

2023 marks the start of a new five-year, Kazakhstan will also become the 30th country to host a motorcycle Grand Prix since 1949
1 day 21 hours ago

The official announcement came today. The rider from Ascoli: "I have no expectations other than to return to a serene and clear climate inside the...
4 days 12 hours ago

This is the first MotoGP pole for Honda since Pol Espargaro at the British GP last year (21 races), ending the longest sequence of successive premier...
4 days 17 hours ago

“We want to thank the entire paddock and especially the Suzuki team that helped us rebuild the garage. We’re ready to start the Japanese GP.”
4 days 22 hours ago