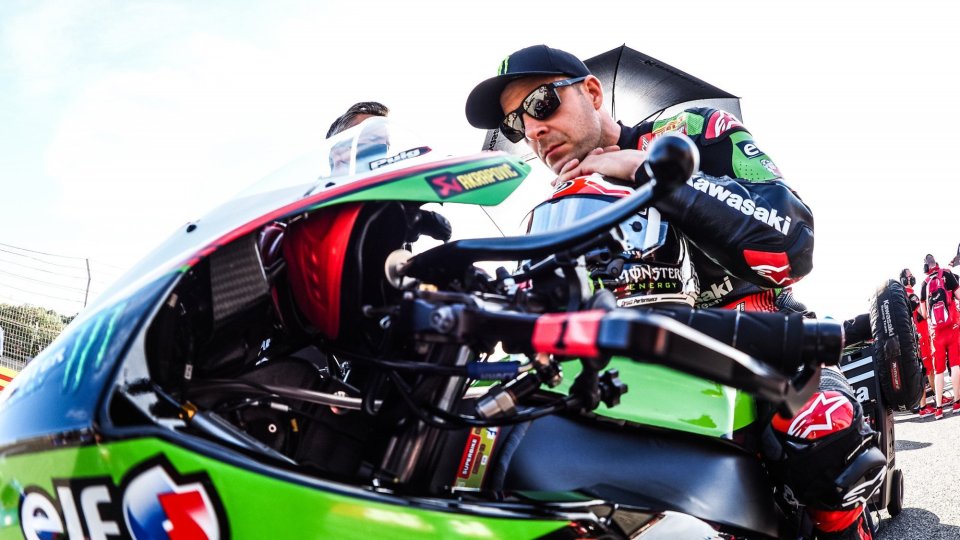 The 2022 season has yet to start, and there is already talk of 2023. Teleporting us to a parallel universe were the recent tests in Portimao, where Johnny Rea talked for a long time with the journalists present on site to talk about the tests and more.

In fact, one of the topics discussed was his future, so much so that the Kawasaki man did not completely dribble around the question posed by the journalist Gregory Haynes about 2023: “We are only at the beginning of the year and you already want us to talk about 2023? - the Northern Irishman replied jokingly - What I can say is that my contract expires at the end of the year and we'll see what Kawasaki wants to do. Up to now, the love story has been perfect, but as you know, marriages have to be made in two".

Rea has played around with journalists several times before about his contract, like last year, when instead of denying the offer from Petronas he kept the question open, despite the fact that the deal did not materialize. The fact is that Johnny's contract is up and the #65 is waiting for a signal from Kawasaki. We are convinced that Japan won’t waste any time to make him a renewal offer, because letting someone like Rea slip away would be a significant loss.

The problem, however, is represented by the project rather than the money. Put simply: Rea wants to have a Kawasaki with which he can fight on equal terms with other rivals such as Razgatlioglu and Bautista so that he can fight for the world title, without having to go over the limit every time and hope for the misfortunes of others as happened in the last season with Toprak.

The point of the renewal is exactly that: to understand how much Japan is willing to invest in the Superbike project in order to give Rea a revolutionized Kawasaki and not a simply updated bike as happened in 2021. On the other hand, Rea has been clear on the issue several times: “I'm not here to make up the numbers or aim for the podium, if I can't win anymore there’s no point continuing, I’d rather retire”.

We would be very disappointed to lose a champion of his calibre in the Superbike paddock and then the question arises: why not look elsewhere? Which manufacturers could be concretely interested in someone like Rea?

In this regard, let's make a quick analysis of what the market has to offer, starting with Honda. As we all know, his past with HRC was not one of the best, so much so that the paths between the two quickly separated. From an economic viewpoint, the Japanese company would have the financial resources to satisfy all the possible requests of Rea. The problem, however, is to understand the level of the CBR 1000 RR-R, which has not yet won in SBK. Then there is another aspect, namely HRC policy, which as we all know wanted to relaunch its project with two young riders like Lecuona and Vierge.

Moving on to Yamaha, the R1 is certainly a competitive bike, so much so that Toprak has raised the bar. Crescent's mentality, however, is to make its young riders grow up as happened with Locatelli and Gerloff, so as a result in this respect the possibilities are low.

Then there is BMW and here the subject becomes more interesting, given that in recent seasons the Monaco manufacturer has not failed to invest in an effort to strengthen itself. The confirmation comes from the signings of Redding and Baz, in addition to four official M 1000 RRs between the factory team and Bonovo. The only problem, however, remains the bike, which to this day still seems to be a long way away from constantly fighting for the victory despite the win achieved by van der Mark in the Portimao sprint race in the wet.

Finally Ducati. We are convinced that the Men in Red tantalizes Jonathan Rea not a little for its competitiveness, as well as for all the efforts that have been made during the winter by Borgo Panigale with Dall’Igna and Zambenedetti in command of the operations. It is a pity that in recent seasons Aruba has not had a real title-contending rider, so much so that Redding and Davies did not shape up to initial expectations.

Now in Ducati there is Bautista, who has a contract for the whole of 2022 with an option for the next one. We are convinced that Alvaro will play out a large part of his future this season, also considering his age. Maybe Rea won't stay at the window looking in for much longer ...

This is an overall view of the situation ahead of 2023.

But first we have a 2022 to enjoy with the best possible scenario after what we saw last week in Portimao.

Joan Mir signs the most important contract of his career: he got married!