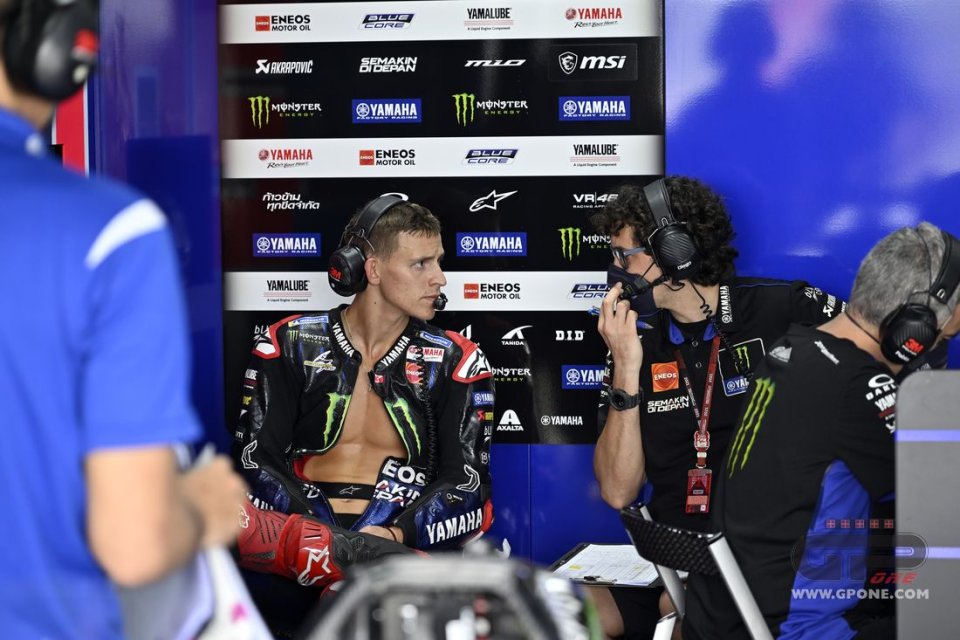 At the Sepang shakedown, the three days of testing reserved for test riders and rookies, the Yamaha technicians asked us not to photograph the M1s. We agreed to the request, albeit with a hint of amazement because the Japanese bike looked identical to the previous version. The impression was then confirmed by the factory riders, the M1 had undergone some small changes, but nothing revolutionary. Not on the same level as what Honda, not even Ducati, has done.

So Quartararo began to complain about the work done at Iwata over the winter: "I expected more", "if our rivals have made two steps forward, we have made half", "maybe they ran out of horsepower", "the engine is similar to the 2021 one ". These comments have already been heard in the past, first from Valentino Rossi and then from Maverick Vinales… so Fabio continued the tradition.

Is the M1 as disastrous as it is made out to be? The Frenchman finished the tests in Malaysia in 7th place (0.182s from Bastianini's best time) and in 2nd place (14 thousandths from Pol Espargarò) in Indonesia (with Morbidelli 5th). On a flying lap, therefore, the Yamaha is still looking good and is in line with the best competition.

As for the pace, Quartararo at Mandalika did an 18-lap race simulation, setting a benchmark pace. It is true that he used the soft tyre (the best performing one but Michelin will not bring it for the GP because of the risk of overheating) but he was not the only one to do so.

The world champion is not complaining for no particular reason, however. What he was looking for was more top speed on the straight (he even declared before the winter: "I want a fast bike not an easy bike") and he didn't find it. On this point, the top speed ranking tells the true story. Mandalika has a straight that is just over 500 meters long and the M1 is down almost 10 km / h in top speed from the Ducatis, all the M1s are in the lower part of the classification while their opponents have improved, even those who had similar problems. Like Suzuki, both in Malaysia and Indonesia, that proved that with a 4-cylinder in-line you will not be able to beat the V4s, but you can at least stay in their wake. 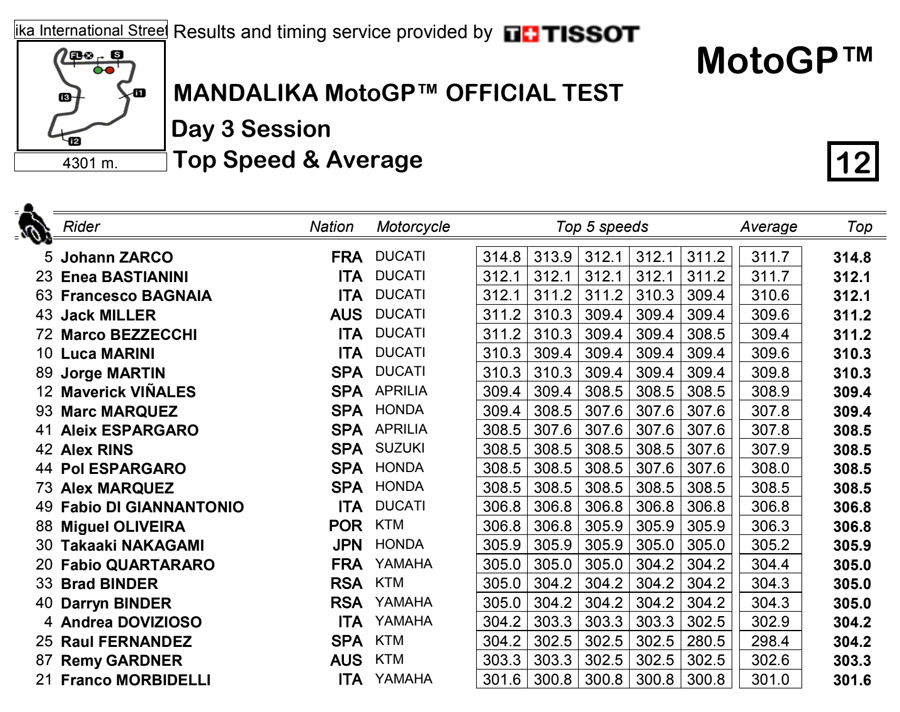 Something that with the M1 is now impossible and this is worrying Fabio in view of the races because he knows what it means to follow a Ducati (and there will be 8 on the track this year): not being able to take advantage of Yamaha's mid-corner speed and having to inventing a miracle every time to overtake, with the risk of having to start all over again on the next straight.

All in all, therefore, Quartararo is right to complain, but there could also be another valid one to spice up things for the Japanese bosses: the renewal of his contract. Fabio is in the best possible position right now and wants to make the most of it, of course, in the best possible way. For this reason, whenever he is asked, he always replies: "my future is completely open".

It's all part of the game, the Frenchman wants to send a clear message that can be summarized as follows: last year I won the title without having the best bike, this season I'll start in the same situation, so invest in me.

With Ducati having virtually already sealed a deal with Bagnaia, Quartararo could see Honda as his only alternative, the only team with a competitive bike and the money to be able to afford the Frenchman. On the other hand, Yamaha cannot afford to let its crown jewel slip away because a possible replacement would not be easy. Morbidelli would be a lifeline, but then at least it should aim for Mir.

For this reason team manager Maio Meregalli, during the presentation of the team, declared that "renewal with Quartararo is priority". All in all it is the solution that best suits both of them, one just has to see at what price, and the new M1 is not much of a help when it comes to asking for a discount…