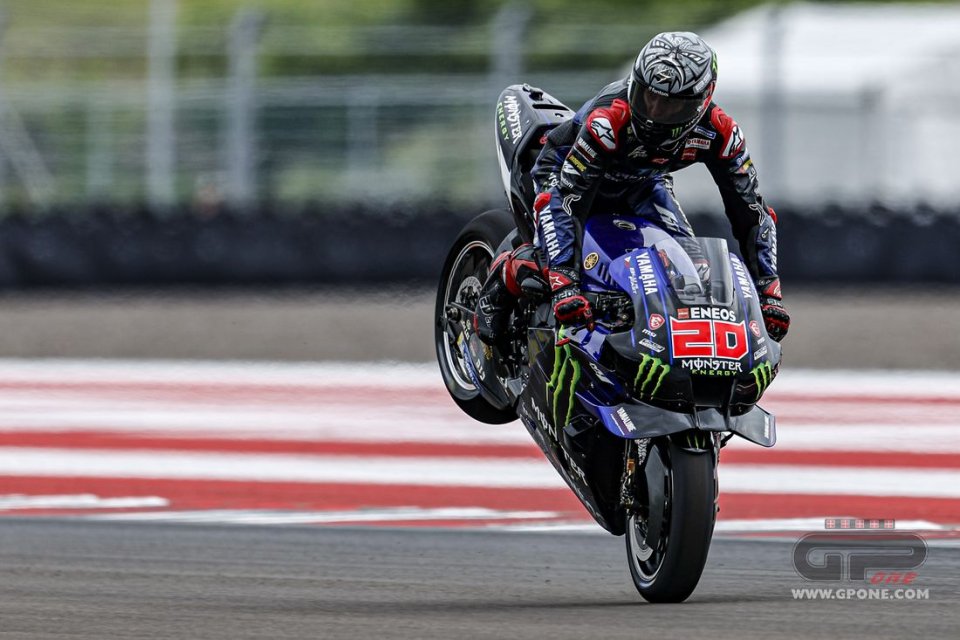 Fast yes, satisfied no. At the end of 5 days of winter testing at Sepang and Mandalika, Fabio Quartararo is convinced Yamaha hasn’t done enough work on the M1 during the winter. Honda has revolutionized its bike, Ducati has changed it a lot, Suzuki has found more horsepower, while the M1 has only taken a small step forward.

"This morning I was pretty fast but not feeling so great, so I wasn’t happy. This afternoon the conditions were similar, so I was happy because more than the lap time my feeling was much better – he summed up his day – The lap time improved but I expected it to be a bit better. In Qatar it will be another story but from my side I'm 100% ready”.

Fabio continued his analysis, which however was certainly not particularly encouraging…

"I don't know where we can improve the new M1, I felt on the limit everywhere – he declared - I mean, when in every corner the front slides, the rear drifts and you are with your elbow on the ground, it is difficult to find something more. For me it is important that the team and Yamaha work to find more speed, so that I feel less at the limit. I have to push really hard and always, riding like this is really hard ”.

Especially considering the fact that it’s going to be a very long season with a lot of rivals. Today Quartararo also did a race simulation to understand his level over the long distance.

"Today we decided with the team to go with the medium for the race simulation because the soft won’t be here for the race but it was a nightmare of a race simulation, I have never had such a bad feeling with a rear tyre - he said – After the simulation, I rode with old-old soft and was more than half a second faster. So, I’m really happy with the pace, but actually I think we made a great job”.

A lot of riders complained about the conditions of the track, especially because of the stones the bikes tend to throw up.

"I happened to be behind Franco and I got a lot of stones - he said - After a while my neck hurt, so imagine what could happen in the race, when you have 3 or 4 bikes in front for many laps. The problem is that from the first to the sixth corner it seems the asphalt is breaking off; I think they will have to resurface the first corner for the Grand Prix. For the rest, the track is very safe, I think it has some of the widest run-off areas in the whole calendar ”.