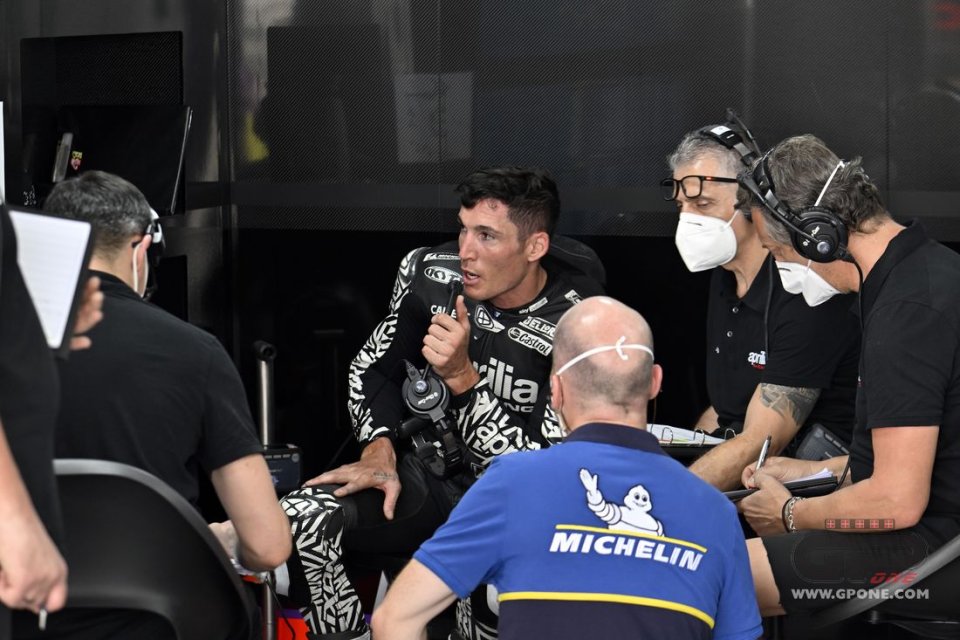 A week after the positive debut in testing at Sepang, Aprilia confirmed the excellent progress made by the RS-GP also in the second round of official tests for the 2022 season. Despite a troubled day for teams and riders both from the point of view of weather and logistics (dirty asphalt and red flag above all), Aleix Espargarò was able to grab second position with a time of 1'32.937, behind his brother Pol, at the end of day 1 on the brand-new Mandalika International Street Circuit.

"Even though this is not the first time we have encountered similar situations, Losail for example, today the track was not safe to ride at all and dangerous. I was very angry. Dorna and the teams consensually forced us riders to go out all together to try and clean the track. The only people who can force me to do it are Massimo Rivola and Roberto Colaninno, otherwise I'm free to stay in the garage if I think the track is unsafe. Clearly it worked in part, but this is not the ideal solution because first of all they are just tests and we didn't come here to clean the track”, he pointed out.

Apart from this small/big inconvenience, what is your opinion of the track?

“The layout is fun, there are a lot of high-speed changes of direction and it's not too difficult to learn - he continued - as I said before, today it's like we were riding in the wet because in fact we had only one ideal trajectory, outside the grip was very poor. In any case, I think the fans will have fun watching the race in March as I expect very small gaps, while it will be important not to get qualifying wrong".

Can we say that the RS-GP has taken a further step forward looking at the Sepang tests and today?

“It was difficult to draw conclusions after such a day, but in the end Vinales was at times in the lead, while I did my best lap during the 25-lap race simulation. At the same time we worked on other areas such as the chassis, so overall we are positive because the bike has shown that it works well ”.

Everyone is talking about Ducati, Suzuki, Honda, but do you think Aprilia could be the big revelation in Qatar?

“We must not be the surprise, last year on several occasions we fought in the leading group. I absolutely don't want to say too much, it's still too early, but we're doing a great job. In today's standings there are six different brands up front, including Aprilia, and some Japanese manufacturers have taken their cue from the RS-GP, which means we are on the right track. We have to continue like this, hoping to fight with the best again,” he admitted.

Vinales: "In Qatar we will see our true potential" 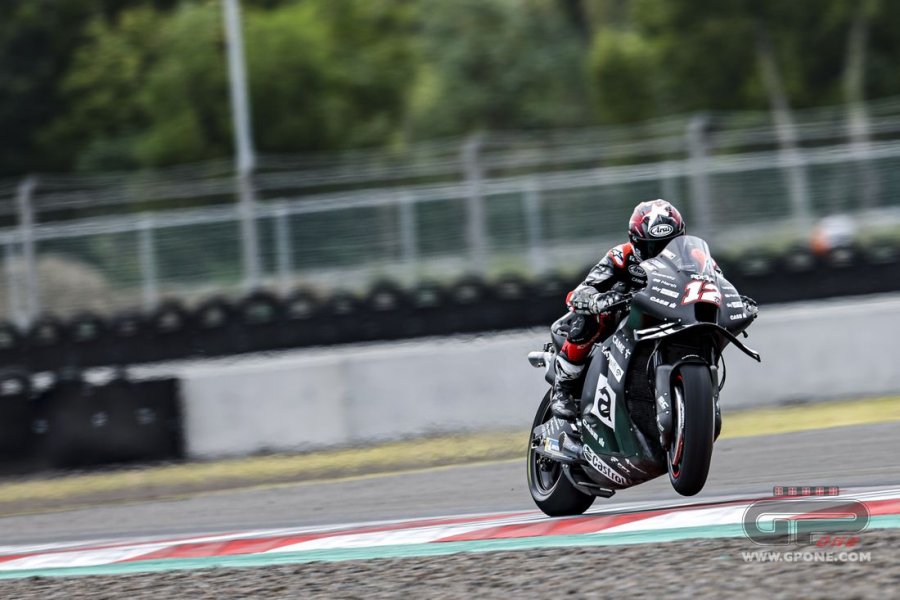 At the top of the time monitor for most of the second half of day 1 in Indonesia, Maverick Vinales finished seventh with a lap of 1’33.147 at the chequered flag. Despite the relatively large gap of almost seven tenths from the top, the Spaniard continued to familiarize himself with the revised RS-GP.

“The final two hours were the most fruitful for the work we did. I didn’t test any kind of update, I focused on the basic set up of the RS-GP as obviously it is not identical to the one used previously in Sepang. I'm not at my best yet, but the lap time is good, so we have to keep working,” he said.

What are your considerations about the circuit?

“I really like the layout, there are a lot of changes of direction. It is not at all difficult to learn, although totally different from where we usually race. The bike worked really well today and I'm happy with it, luckily we were able to bring home some useful data for the next few days and the weekend in March ".

Do you think that in the 2022 season we will finally see the "real" Maverick?

“We have to stay calm, at the moment we are only doing tests. In Qatar we will see what our real competitive level is”, he admitted.