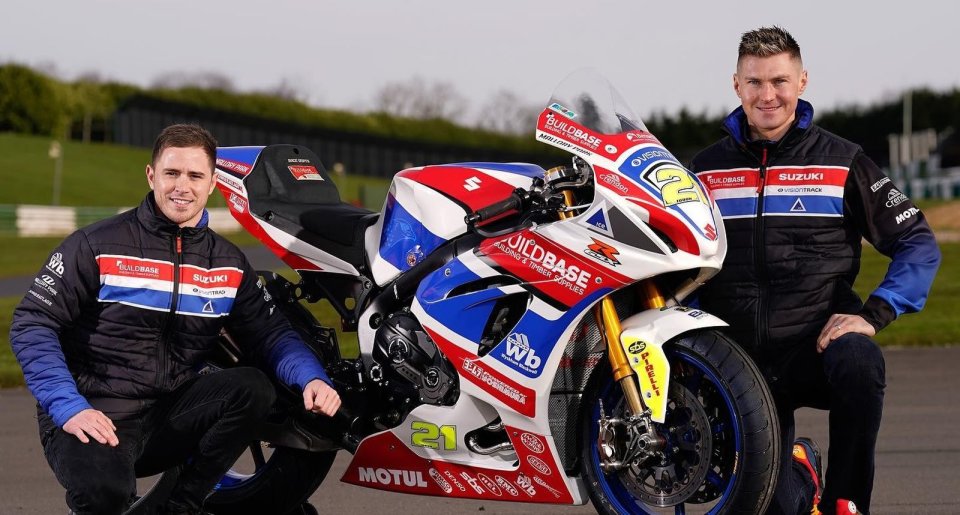 After having dramatically been left without a ride by VisionTrack PBM Ducati, Christian Iddon will aim to get back to the top of British Superbike with the Buildbase Suzuki GSX-R 1000 for the 2022 season. With the confirmation of his signing today, the former Supermotard specialist will thus join the reconfirmed Danny Kent, also looking to find a way back to the top after the injury that kept him out of the races for the entire second half of 2021.

Despite the excellent placings obtained in the last two years with Ducati, in recent months he has found himself without a ride (his place in PBM Ducati alongside Josh Brookes will be taken by Tom Sykes, barring unforeseen circumstances). Iddon has thus opted to join the Suzuki cause again, in a return following the experience in the 2015 BSB.

Iddon said: “To be honest I was surprised to find myself looking for a ride, going into the winter, but things always seem to fall into place and I’m really pleased to be joining Buildbase Suzuki and Hawk Racing. I think we’re cut from similar cloth in that they love their racing, they’re very passionate about it, and they just quietly get on with it. I also think the team is underrated by a lot of people – though not by me – despite their achievements, and they don’t always get the recognition they deserve. But, you only have to look at the races and championships they’ve won and how they always get the best out of their riders to know it’s a great team. So I think we’re well-suited to each other. And I think we can mount a serious title challenge. That’s got to be the aim, to be champion can only ever be the aim. Of course that’s not easy with so many bikes so close on performance and good riders on the grid, but if we get the best from the bike and from me we can have a go.”

At the same time as the arrival of Iddon, the team led by Stuart and Steve Hicken has decided to renew its confidence in Danny Kent. On the up in the early part of last season, a bad injury picked up at Donington Park then forced him to throw in the towel prematurely. With the hope of getting back to a perfect physical condition as soon as possible, the goal is to start over from the podium achieved in Race 3 at Thruxton:

“I’m really grateful to Steve and Stuart [Hicken] for giving me another year with the team. Obviously, I missed the whole second half of last season with the injury, but we definitely saw some positives in the first half of the year, the podium at Thruxton being the stand out. But, it was my first full year on a superbike and I felt I was adapting more and more and the potential was definitely there. My hip is getting better. It’s not at 100% but it’s going in the right direction, so I’m looking forward to riding in February, hopefully, and getting some laps in on a Superstock bike to get comfortable again and get up to speed,” admitted the 2015 Moto3 World Champion.