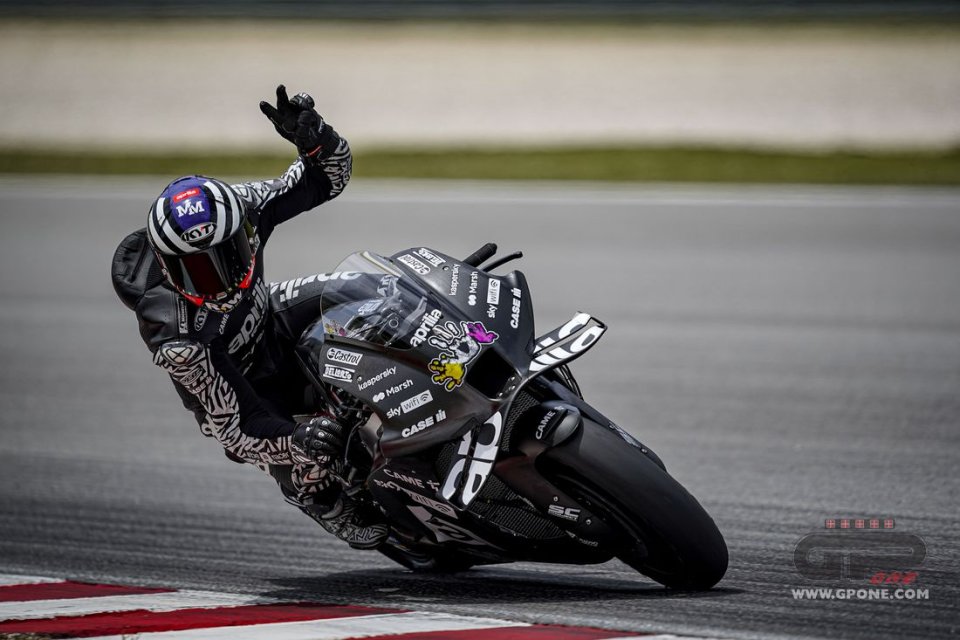 At the end of the first day of collective tests at the Sepang International Circuit, both Aprilia riders were at the top of the timing monitor. After being overtaken by Maverick Vinales on day 3 of the Shakedown, today Aleix Espargarò took personal revenge, but not only, as he has a view from the top thanks to a time of 1'58.371, one tenth away from the track record

“In the previous tests at Jerez the bike was almost the same as in 2021, we worked on various types of chassis, but without success. Today, however, I am very satisfied with the work done by Noale over the winter. I find the RS-GP very agile and it turns well in corners, at this moment this is our strong point. The engine is also a bit more powerful. In the Shakedown we mostly did back-to-back comparisons between the old and the new bikes, while today we officially ran in the 2022 bike, obviously losing some time in the garage. But that’s what tests are for. We still have some margin, it was only my second day in the saddle ”, he pointed out.

Did you expect any significant changes from last season's RS-GP?

“The 2021 bike proved to be a big step forward compared to the past, it allowed us to finish a really solid championship in eighth position, but the current one is by no means a revolution. We must continue to get closer to the top positions and think step by step. We need time, both Vinales and Savadori have lapped a lot more than me so far. In the afternoon I was unable to use the soft tyre due to some problems on the second bike, so I had to sacrifice the time attack to focus attention on other areas for tomorrow," he continued.

What mainly impressed you? Where is there still work to be done?

"When I saw it for the first time, in Noale a few weeks ago, it seemed like a Moto2 bike for how narrow and small it is. Consequently, this has advantages in entering the curves and cornering, I noticed this right away. At the same time, despite the improvements in the upper part of the engine revs, our rivals have really competitive engines and we will have to work hard from this point of view ”.

Vinales: "We need to improve in corner entry" 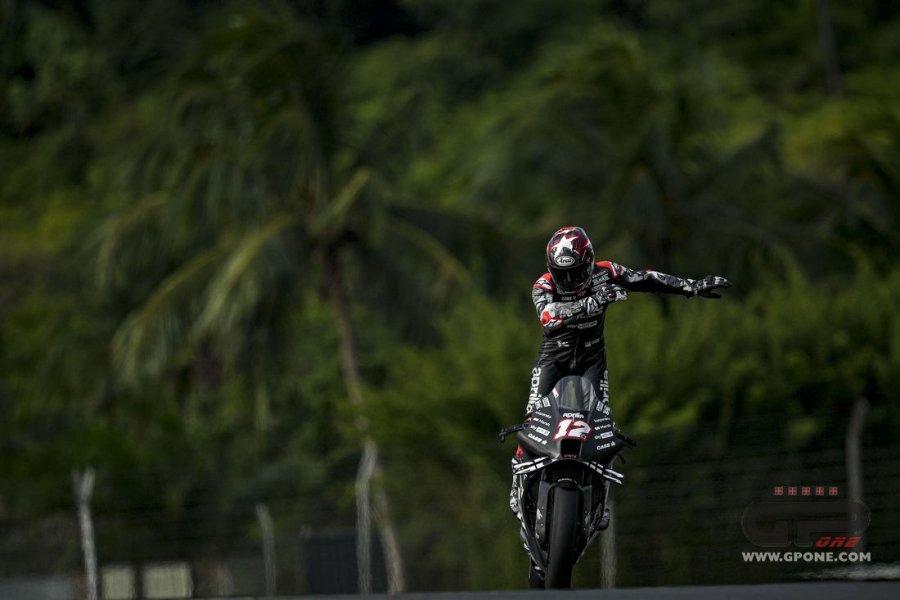 Faster than his teammate in the Shakedown, today Maverick Vinales had to settle for the role of wingman (so to speak ...) in the Aprilia garage. Nonetheless, the balance is unquestionably positive considering that the Spaniard finished second in 1’58.384, just 13 thousandths behind Aleix Espargarò.

“The Shakedown helped us to start working on certain areas of the bike. I am continuing to adapt to its needs. I feel more comfortable and stronger than in the second half of 2021, but I have to work above all to see how far I can reach my limit over the lap. I learn something new every time I go out. Overall, I'm happy with the way we approached these tests, the feeling I'm having with the tyres and also to see Aleix up front” he said.

"I am happy with the rhythm I have kept throughout the day, both in terms of pace and flying lap. I like the handling of the new bike because it suits my style a lot, even more than the previous version. At the same time we have to take some steps forward when entering the corner because I'm used to turning it in differently”, he concluded.