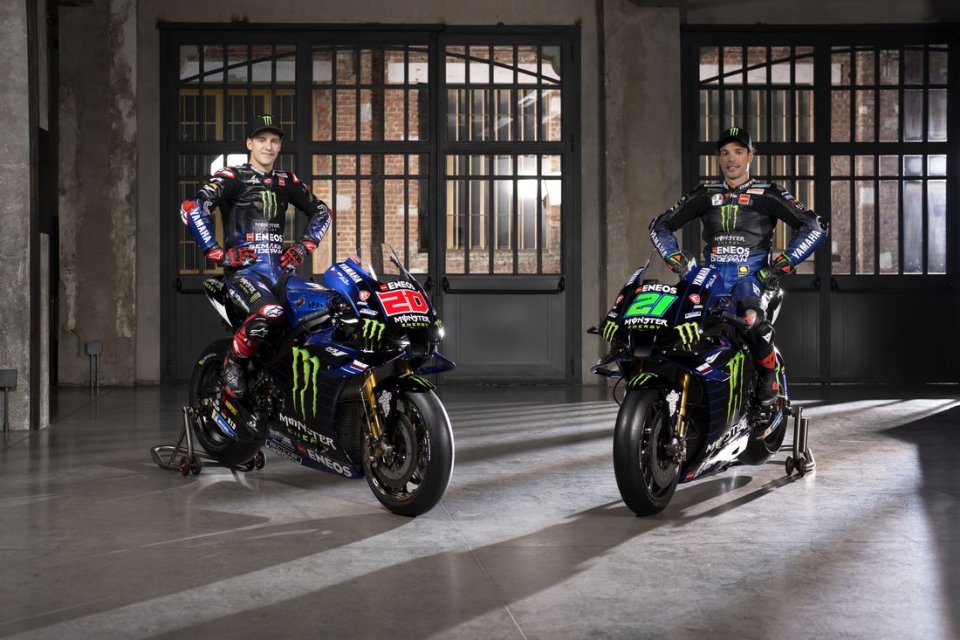 The Yamaha garage door opened when it was 8.30 in the morning in Italy to unveil the M1s with which Fabio Quartararo and Franco Morbidelli will take to the track tomorrow. As always, no revolution was expected from the Iwata technicians, who prefer to stay true to their line in order to make progress. The graphics also were not that much different from last year's livery, with blue and black as the dominant colours.

As he had already mentioned, Quartararo remains faithful to the number 20, despite winning the title. There is no trace of the number 1, only a small yellow star on the helmet recalling his championship victory.