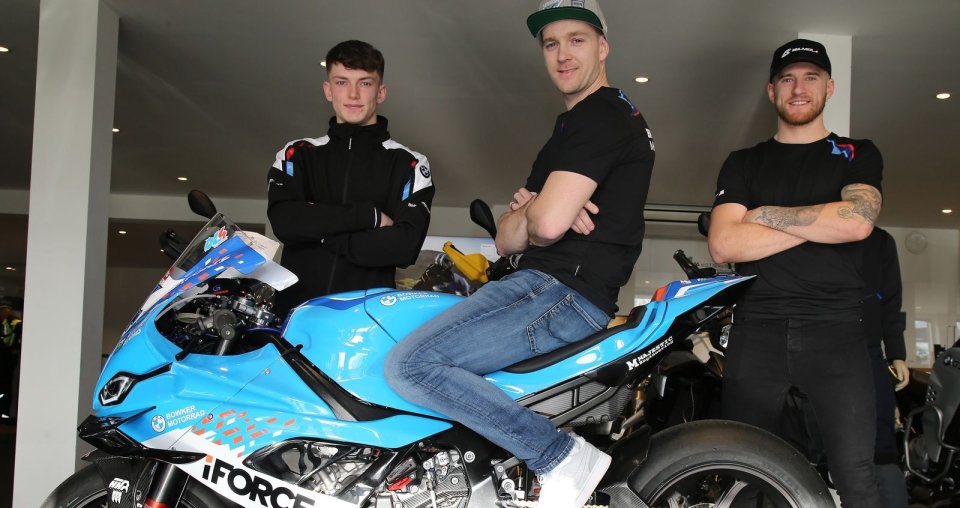 A trio of riders at the start of the British Superbike 2022 for PR Racing. In the upcoming season, the team captained by Julian Mosquera will be present with three BMW M1000RRs and riders Dan Linfoot, Fraser Rogers, and Dan Jones. A totally renewed line up that combines experience and mastery.

After a prolonged partnership with Honda and a short interlude with Yamaha, Linfoot will once again embrace the Bavarian brand he had raced with (occasionally) in the past, both in the BSB and in the British SuperStock 1000. In 2022, during which he’ll also be involved in the Endurance World Championship with Wojcik Racing, he definitely has ambitious intentions for his new adventure with PR Racing: “I've never raced with an M1000RR, so I'm looking forward to developing it. I want to aim for the top ten  and, why not, get a spot in the Showdown. I've been there three times, and I know what it takes to get there," the rider from the 125cc and 250cc World Championship said.

Fresh from a 2021 in which he proved to be the mastermind behind the first victory of the Aprilia RSV4 1100 in the British SuperStock 1000 – also participating in the weekend in Portimão in the Moto2 World Championship with  NTS – Fraser Roger will return full time to the BSB. “My desire is to constantly fight for points and, if we find the right balance, get as close as possible to the Showdown. I'll give it my all to show what I can do on this great stage,"  the 26-year-old admitted.

Fourth last year in the British GP2 (Moto2), Dan Jones is expected to make a  difficult BSB debut on the M1000RR, with which he began to gain confidence during a test a few months ago. “Racing in the BSB has always been one of my goals, and it's fantastic to have achieved it. 2022 will be a year of experience, where I’ll try to learn as much as possible," he stated.